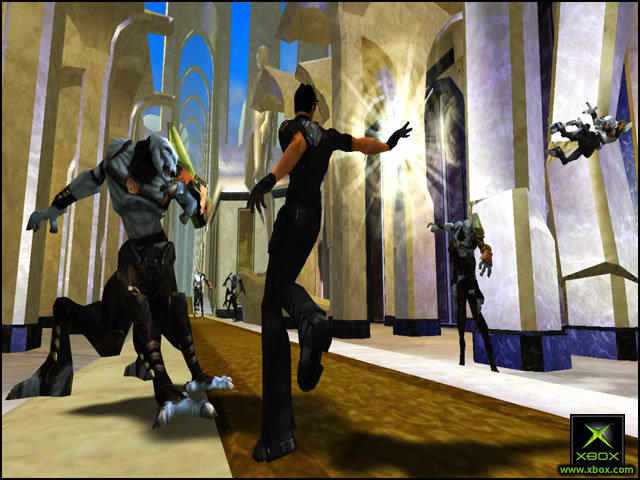 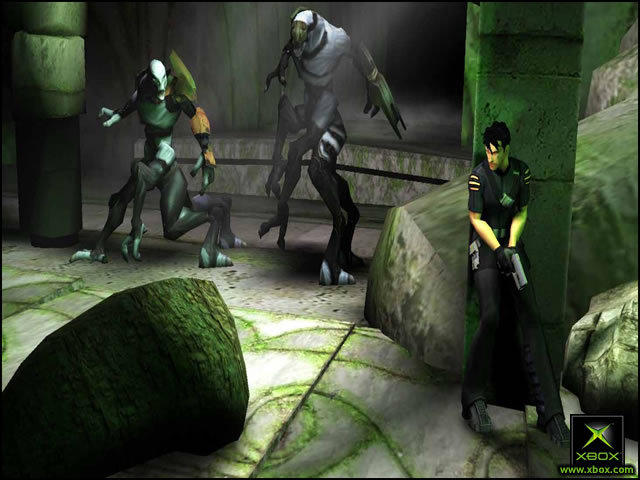 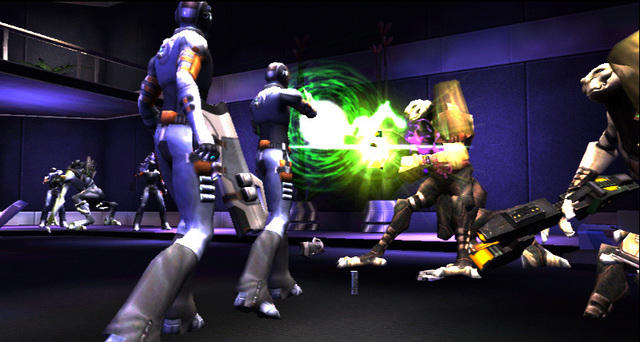 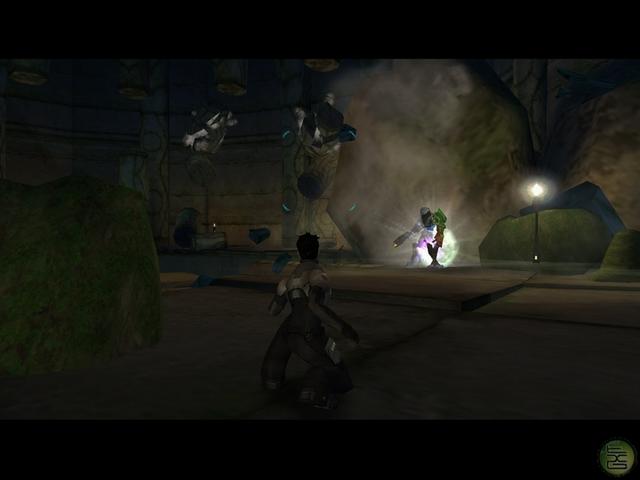 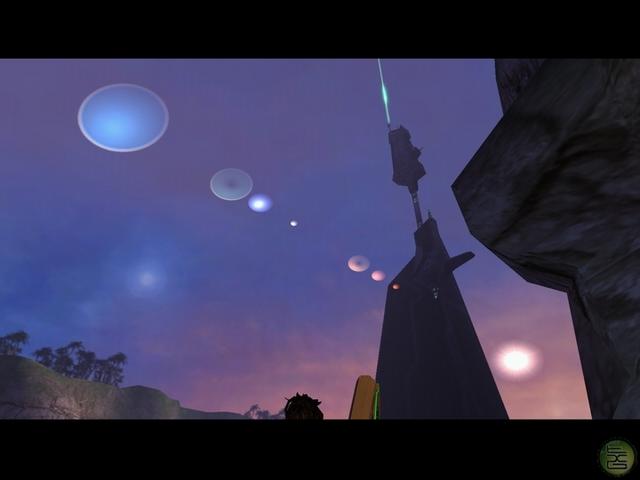 Advent Rising is the first game in what could develop into one of the most spectacular and plot-driven trilogies of this generation. Despite its multiple flaws, mostly irritating glitches or slowdown issues, the game is quickly elevated into high standing by its riveting plot and beautifully orchestrated soundtrack.

The plot revolves around Gideon Wyeth, a young pilot who returns home to discover some rather unpleasant news about the inevitable genocide of his entire race. Gideon becomes humanity's last hope for survival and revenge against the Seekers, a vicious alien race bent of the complete annihilation of mankind.

The most notable and original aspect of Advent Rising's gameplay is the "flick-targeting" system. This enables the targeting of various enemies by a quick flick of the right thumbstick rather than a button-switch or manual targeting system. While it takes quite some time to get used to, this system eventually becomes extremely easy to use and manipulate, and it would not surprise me if future games (especially third-person shooters) begin to emulate this type of targeting system.

Other than the original targeting system, the rest of the gameplay is pretty much standard fare. Dual-weapons are nothing new, and you have the ever-present alien/human variations of each type of weaponry. The leveling-up of each individual weapon and/or melee combat is nice, allowing each player to basically power up the type of fighting they prefer to play with, rather than the tedious point-assignal system. The various powers gained throughout the game are also a great addition. By the last few levels you'll be shooting energy beams with one hand while levitating huge 8-foot aliens into explosive objects with the other.

Unfortunately, there are several apparent glitches found throughout gameplay. The most commonly found (and perhaps most irritating) is slowdown during large firefights or in large open areas. Also found pretty regularly are some strange sound issues, where the music will skip or randomly cut off and back on during gameplay for seemingly no reason. Finally, I've ran into one glitch where an elevator simply would not go down, barring any further progress. I actually had to shut off my Xbox and begin play again in order to rectify this mistake. Luckily, the minor glitches aren't really large enough to ruin gameplay, and the major one only happened once.

The soundtrack is probably Advent Rising's greatest achievement. Largely done by award-winning Tommy Tallarico, the musical score matches perfectly to the game, heightening involvement and giving a much larger sense of the mood in the story. Easily the best game soundtrack I've heard in quite some time, it wouldn't be surprising in the least for the "Best Music in a Game" award for 2006 to be given to Advent Rising.

The plot, conceived in part by author Orson Scott Card, is also worthy of praise. The storyline pulls you much further into the game and is what actually causes you to want to finish the game. The only true flaw in the storyline would be the somewhat generic characters. Those aside, the story moves at just the right pace, revealing enough to keep the player interested but not quite enough to cause a loss of interest.

Despite its few shortcomings, Advent Rising proves to be a spectacular first segment in the trilogy. Another month or so in production may have helped to work out the bugs and glitches, but as long as you're able to overlook them, this is a spectacular fix for all the sci-fi buffs out there.
Review Page Hits: 0 today (782 total)
mediahook