Arc the Lad: Twilight of the Spirits (PlayStation 2)

Possibly the best RPGs on the PS2 after Final Fantasy X. 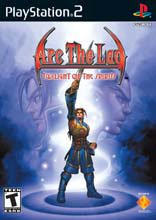 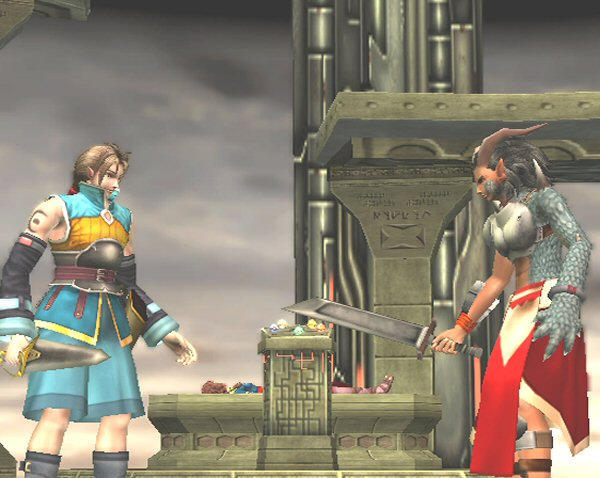 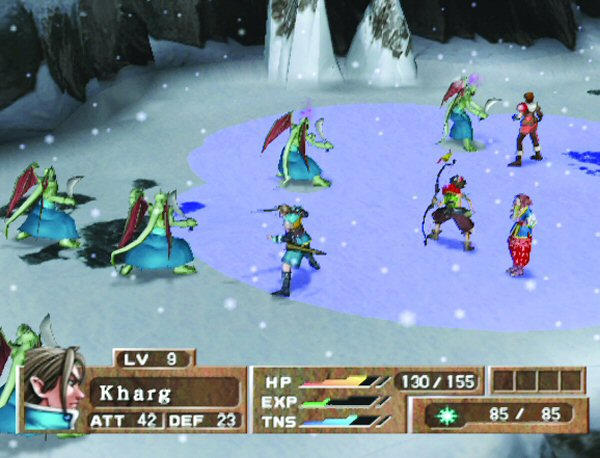 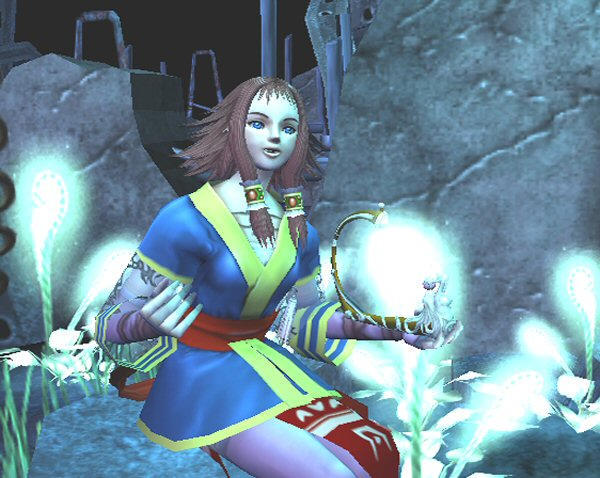 Through two generations of consoles, the PlayStation has become synonymous with classic role-playing games. One such RPG is the notable Arc the Lad series which saw a few incarnations published on the Playstation 1. Now, Playstation 2 owners can get a chance to play new addition to the Arc the Lad series. RPG fans will be delighted to hear that the latest version is not a disappointment and is probably one of the top three RPGs on the PS2.

Arc the Lad: Twilight of the Spirits is played in two parts. Gamers will get a chance to follow two destinies and both characters' stories will alternate. One path is the tale of Kharg, a young man in a small rural town who is the likely candidate to inherit the position of Captain in the town guard. Kharg's mother was actually a monarch but she refuted the title and instead chose to allow the town to decide its government via democracy. Because of this, Kharg still possesses a formal place in society as some of the villagers still have a hard time believing that the monarchy no longer holds any power. Fiercely loyal and protective over his town, Kharg has sworn to defend it from outside evils including the monstrous Deimos race that approaches human territory.

In another region of the world, gamers will play the story of Darc, a half-human half-Deimos character who has been forced into slavery. Darc is different from the other Deimos, his heart is purer and he has a hard time relating to the savage power hungry ways of the Deimos. Darc knows little about his past other than his father helped him escape from a distant Deimos camp long ago and died in the process. Both Kharg and Darc have destinies that will eventually meet but you'll need to play the game for several hours before you start to see how their fates are intertwined.

The game play in Arc the Lad: Twilight of the Spirits is fairly easy to pick up. It borrows a few concepts such as elemental damage and turn-based combat from its RPG peers but it also uses a movement system that not many current RPGs employ. When moving a character, a zone is displayed showing you where your character can move. After making your move (perhaps to flank an enemy), you then select a number of special moves or magic attacks from your options in the menu. You can also use items at any time. Depending on how much experience you have built up, your special attacks will increase in magnitude and by the end of the game all of your companions will have a nice assortment of lethal attacks in their repertoire. The game also allows you to upgrade your weapons and armor. During the course of the game, you will find treasures or come across vendors who sell necessary items. The key ingredients throughout all of this, though, are spirit stones. Spirit stones are the life forces that drive the world in Arc the Lad. Without them, magic and special abilities are null and void. One of the biggest tricks in the game is spending spirit stones when needed. If you spend too many, you'll run out of them and lose necessary energy for later battles, but if you conserve too wisely you may have problems defeating earlier opponents. It's a give and take system that requires some strategy to master.

The characters and story in Arc the Lad: Twilight of the Spirits are all top notch. Not since Final Fantasy X have I played such a high-quality role-playing game on the PlayStation 2. If you're only into voice acting, you may be disappointed because most of the drama plays out in text and the game does require a lot of reading so keep that in mind if you're not someone who enjoys heavy reading games. The voice acting that is used is extremely poor and sometimes makes the game feel a little fake.

The graphics are pretty good in Arc the Lad, especially when you consider its genre. The sounds aren't that impressive and some of the music can get old fast. Many scenes use the same theme and it sometimes doesn't fit the mood of the moment. This game can also be long with as many as 50 hours of game play so it will definitely take a dedicated gamer to finish it. The game allows you unlimited saves at several in-games save points so it avoids some of the frustrations of long RPGs that have limited saves. The save game slots also take up little memory so you'll be fine if your memory card is starting to get full.

Arc the Lad: Twilight of the Spirits is fairly easy to find on the Game Trading Zone. It still has moderate supply and moderate demand so you should be able to work out a deal with someone. This is a game that you'll want to trade for because of its length. Arc the Lad won't be completed over a weekend rental. If you're into Japanese RPGs and have been meaning to find a new one to occupy your time, I'd highly recommend this game. In my opinion, it is one of the top three RPGs on the PlayStation 2 and a memorable experience for most gamers.
Review Page Hits: 0 today (533 total)
mediahook