Assassin's Creed is a great game, but may not satisfy young or less hardcore gamers 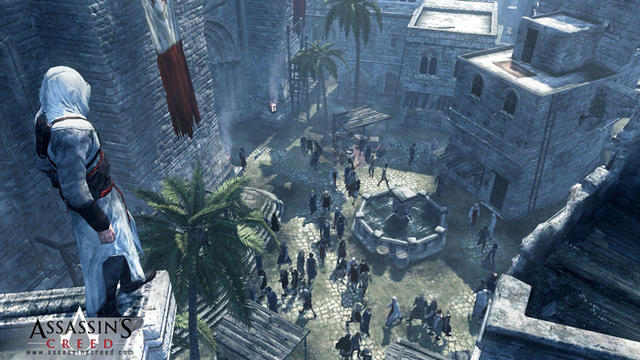 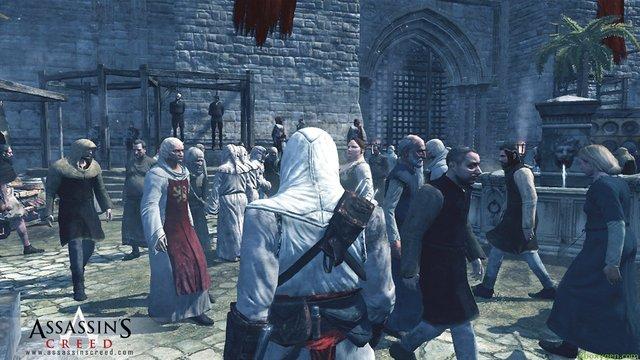 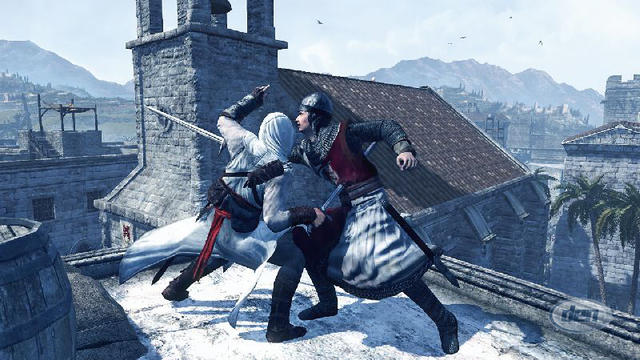 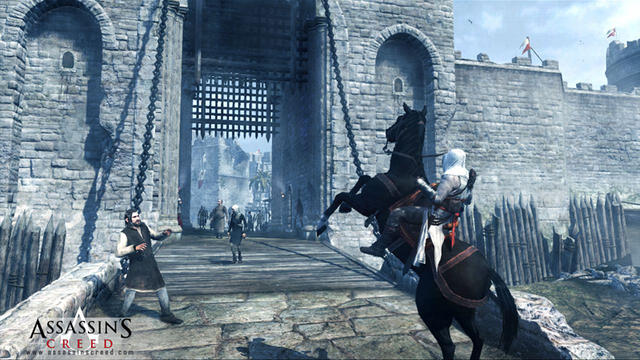 So think assassins. First thing that comes to mind should be Assassin's Creed, Ubisoft's new groundbreaking third-person action game. Only one game this year that isn't an FPS that's receiving universal claim is Super Mario Galaxy. Can Assassin's Creed match the FPSs? Well, the game's so different, it may create a whole new genre....

Talking about the story is hard to do considering the huge twist from the beginning of the game. I won't ruin it for you, but I will say it adds something that we have never seen before. As for the story, that doesn't surprise you when you pop the disc in, it's good. It recreates history and has great detail. But it isn't easy to get into. Only near the end of the game will you be interested in it, but it's that twist that really draws you in. The story is good for the most part, but put that surprise in and it goes great.

The graphics are something you've never seen in a game before. Although terrain occasionally will draw in, the landscape looks awesome. The detail on everything is to the max and the amount of NPCs, ragdolls and objects on screen can be amazing. This is one of the best looking games for the consoles. The sound isn't as good as the graphics, but the voice acting is excellent; Altair's voice carries almost no emotion, though. Overall, the sound isn't anything special, but the graphics are.

Now when it comes to gameplay, you can do almost anything. Think Grand Theft Auto in the Third Crusade. Every single ledge in the game is climbable. You don't press any buttons but just move. There are never any awkward transitions from one ledge to another, and it just makes Altair look like the coolest character since Duke Nukem. Sometimes there's a ledge that you can't grab which can cause some problems when running from guards. Jumping is easy, too. You can run and hold sprint to jump automatically, but you can press it with good timing for more force and better precision. You press a button to attack and assassinate and another one to block. It's easy, but when you go into combat you almost never lose with your counter attacks. You have four weapons. Your hidden blade, that goes into your sleeve, your sword, your dagger with throwing knives, and your fists. Overall, gameplay is fun but fighting is too easy.

The AI is nothing special. Guards will chase you and climb everything you can, throw rocks at you, etc. While walking through a crowd, you must be careful not to knock over any jar carriers or it will upset the guards. You can't sprint through, you'll hit someone and will fall over which well alert them too. The AI doesn't too much new but is good none the less.

This game is something to look for and will deliver. It's a great looking game with a story twist and fun gameplay. Overall, Assassin's Creed breaks new ground but may not satisfy younger or less hardcore gamers.
Review Page Hits: 3 today (152 total)
mediahook