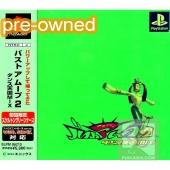 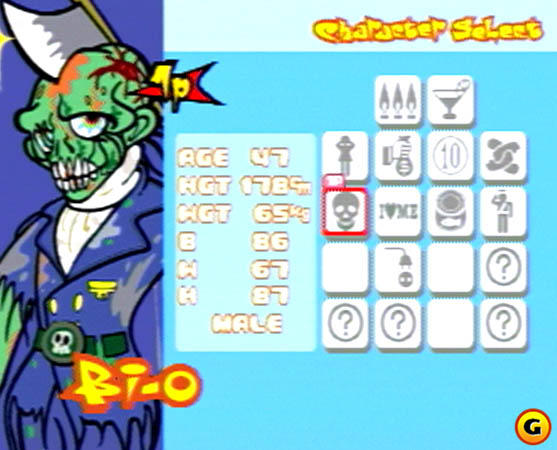 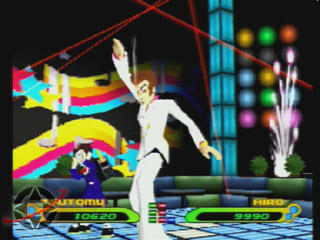 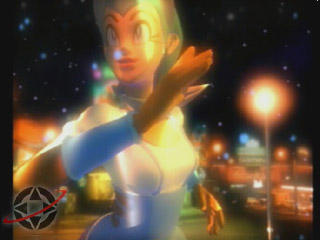 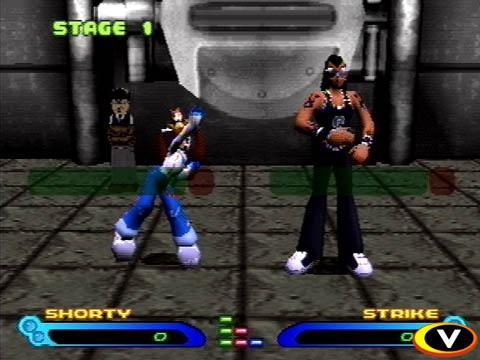 Introduction:
Anyone who loved Bust A Move 1 (a.k.a. Bust A Groove) will definitely give this game a try. With a new soundtrack, new characters, and a mix mode, this game will surely keep you entertained for hours. This is a music/rhythm game that, unfortunately, does not involves dancing. You don't have to get your groove on like in DDR, but you'll have to maintain and keep rhythm throughout the game. If you can count to 4 you'll be fine. Several characters make a come back in the sequel, such as Heat, Hiro, Shorty, Strike, and so on, while others got the boot. Say good bye to Frida, Hamm, Gas-O, and Pinky. Returning characters either got a wardrobe change, or a complete makeover. No more Kelly in her stupid baby outfit, and introducing...Officer Kelly! The only character that didn't change much was Hiro-kun and Capoera. Hey, if it ain't broke, don't fix it. You still get those annoying fangirls screaming his name....Frida is replaced by a look-a-like (kind of...) named Comet. There are several new arrivals, and just to name a few: Bi-O, Robo-Z Gold, Pander, and Tsutomu. There are more hidden characters, but they have the same dance style as one of the regular characters.

Controls:
The difficulty level you select determines which buttons are used.

Easy - Only directional pad are used.

Normal - Directional pad + one symbol button (O, X, Triangle or Square) on the last beat only, like in Bust a Move 1.

Mix - A mix of directional pad + symbol buttons at any time!

The mix mode makes this game 10x more challenging that its predecessor. The sequences are longer and complicated. If I remember correctly, the sequences are different for each character. You'll find yourself focusing on reading and inputting the correct buttons to complete the combo. Yep, it's fun.

The L1/L2 buttons are not used. The R1 button is used to attack and the R2 button is for blocking or dodging.

Gamplay:
Even though this is game is based on dance, it is more focused on rhythm. On 1 player mode, you will dance-off with 8 competitors or more (hidden boss). There are 3 paths you can take, depending on how well you play. Top path=great performance, middle path=good performance, bottom path = OK performance. If you want to go or stay on the top path, you'll have to unlock FEVER TIME after each dance battle.

Like I said earlier, if you can count to 4 (over and over again), you'll be fine.
Here's an example of a very basic sequence:

Everything in the parenthesis is the sequence. You'll want to enter the sequence on the first 3 beats. The last button [X] is to be pressed on the 4th beat. Voila! If you mess up, your character will start tripping or fall on their bum.

The camera will center in on the better dancer, so keep rhythm if you want screen time. If you're dancing is amazing, the environment will become more active, and extra stuff appear on screen. This can be very annoying and distracting sometimes.


Sound/Music:
I loved the first game so much because of the music. I didn't have any regrets dropping $35.00 for the soundtrack. When Bust a Move 2 came out, I was expecting great tunes as well...but I was sorely disappointed. I bought the soundtrack for the 2nd game as well, but I didn't feel like it was worth the money. Were they on a tight budget or something in the music department? I didn't feel any connection between the songs and their corresponding characters. Kitty-N's theme in the first game "Aozora no Knife" had so much passion and power. In this game, her theme "Hello! Kitty-N" sounds like it was sung by an old granny. Not cool.

Even still, some songs are catchy and I still get them stuck in my head once in awhile.

Graphics:
Graphics haven't changed much from Bust a Move 1, but colors do appear brighter than before. Pander's appearance and movements are the most realistic out of all the characters. The most noticeable difference are the stages. In many stages, you'll start at one place and end somewhere else, like a ride almost. In Shorty's stage, you're on a water ride that circles around. In Robo-Z Gold's stage, you're dancin' away on a moving helicopter.

The only thing that I found distracting were the extras that flooded the screen when you're on a roll. For example: Kitty-N's stage goes crazy (and messy), and in Kelly's stage, there's a car accident and body outlines comes to life...you want to see what's going on, but at the same time, you don't want to screw up your combo.


Replay value:
I still play this game once in a long while for nostalgic purposes, and partly for the music. The dancing in this game isn't half bad either. Believe it or not, there are people out there that actually learn the dance moves from this game. Either way, it's fun to watch and play. I still consider it one of the best games in my PSX collection.