Fun party game - but that's about it 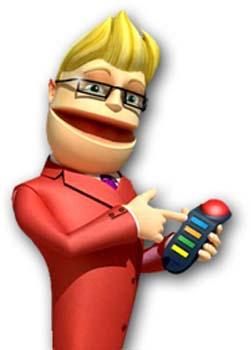 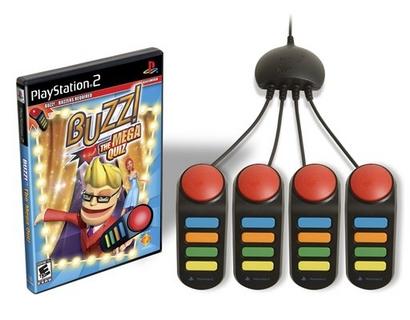 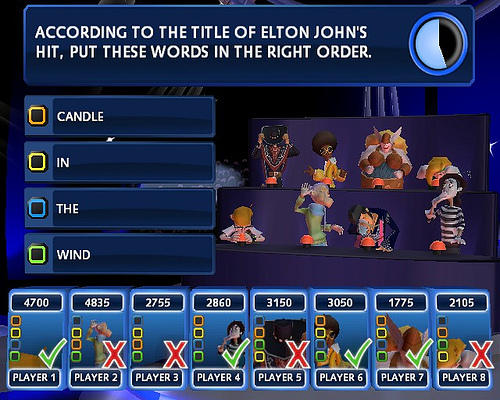 Trivia games are always popular - anything from game shows, home trivia games like Trivial Pursuit, and video game trivia like You Don't Know Jack or Scene It are usually enjoyed by many and can offer an enjoyable party experience for players. The newest entry into the video game trivia arena is the Buzz! series. The Buzz! series has actually been available in other areas of the world for quite some time. After it's international success, the series has been brought to America in the forms of Buzz! The Mega Quiz and Buzz! Jr. Jungle Party. For this review, I will only be covering Buzz! The Mega Quiz.

Moving on, gameplay can be broken down into two types - single player and multiplayer. The single player is fun for a bit but quickly gets old, especially since the single player experience offers only one game mode. The real appeal of this game is in the multiplayer, as it offers a much wider selection of minigames, and is expandable up to eight players. Players can chose from a selection of avatars and buzz in noises and then compete against friends in a variety of different trivia game types. The game also features an autosave feature which tracks which questions have already been played to reduce the chances of question repetition. This game mode is the reason that anyone that entertains should own this game, as it offers many hours of multiplayer trivia excitement. However, if you plan on playing with more than four players you will need to purchase another set of Buzz! controllers, although, these are currently not available without purchasing another game bundle. Also, there is no online support for this game, which is a shame. Online multiplayer and leaderboards would have been a welcome addition to this game and an online feature would have easily overshadowed the inadequacies of the shallow single player experience.

The graphics are cartoonish, but sharp and stylish. The game appears like it is trying to appeal to a younger audience, but some of the questions may be out of the younger audience's knowledge base. Most children aren't going to know much about 60's music, classic literature, or actors and athletes from the early 20th century, but the game does a good job of mixing questions so even children will find questions that they can master. The selection of buzz in noises is also cartoonish and kiddy, but quickly gets old. Some cutscenes are also unskippable and can start to get annoying once you've logged some serious playing time.

Overall, this is a good trivia party game and should be treated as such. If you don't have others to play this game with, I wouldn't recommend buying it, but if you regularly engage in local multiplayer games, Buzz! The Mega Quiz is definitely the right game for you. Also, if you plan on getting this game for younger children, I would recommend the Junior version. Hopefully we will see more of the Buzz! franchise in the future, but hopefully, with online support and wireless controller options.