The newest Call of Duty game once again switches to Treyarch as a developer and changes a formula that some will love and others will hate. 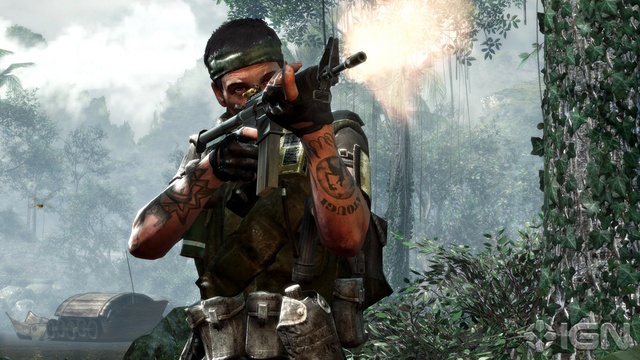 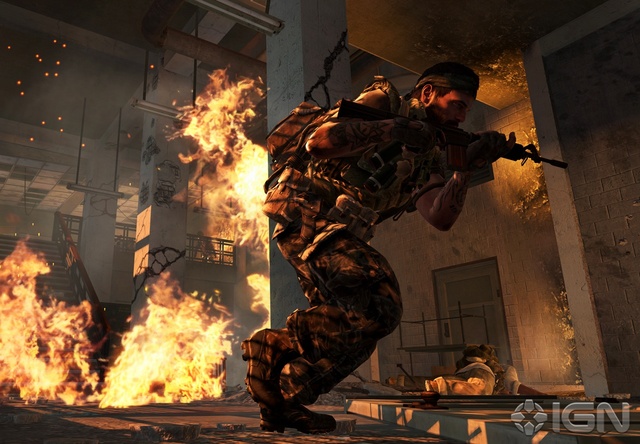 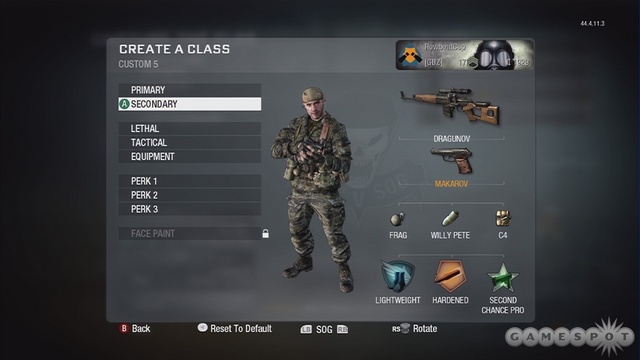 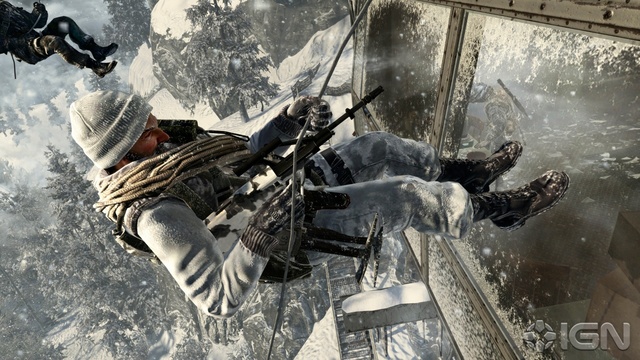 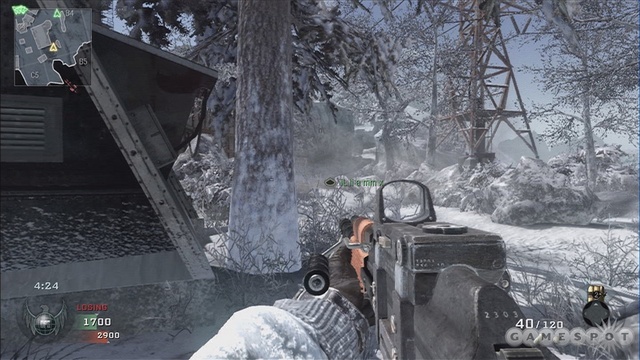 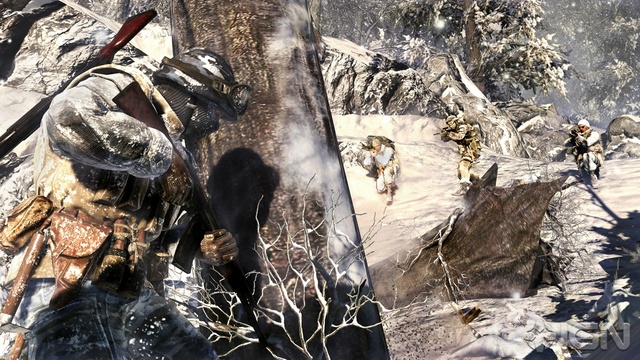 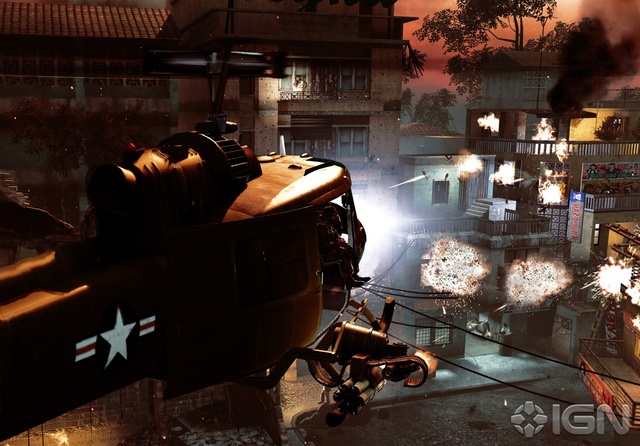 I love Call of Duty, I'll admit it, but it's a two sided sword. I love Infinity Ward's Call of Duty games, and I did not like Call of Duty 3 nor World at War at all. I saw pretty early on the direction that Black Ops was taking and decided to give Treyarch another try. Here are my thoughts on my first week with the game.

I knew the game had HUGE shoes to fill being the follow up to Modern Warfare 2. Does the game live up to the last IW great? Honestly, I'm still torn about the game. On one side, they fixed a lot of what was "wrong" with MW2: Commando knife lunging, Danger Close grenade abuse, sniper rifle quick scoping, heavy reliance on killstreak rewards, and I'll even throw the Stopping Power onto that list. Then they added a lot of new stuff including the new credit system, their highly touted Zombie mode, a well done campaign, stat tracking, and an improved lobby system. They have all the necessary ingredients for a winner.

BUT! And this is a big but...I've told my friends this several times, I firmly believe that on this game Treyarch sacrificed quality for quantity. Looking at the gameplay, the player models/textures (in MP at least), and the animations, it is simply not up to par with MW2.

Lets start with the basics. The graphics are decent, but they're starting to show their age. The graphic engine hasn't really changed much since Call of Duty 4, which is three years old now. The good news is that the game still runs at 60 FPS which makes for a very fluid experience. The textures take some time to load and aren't terribly sharp. The sound, on the other hand, is a step up from Modern Warfare 2. They're not up to the level of Bad Company 2's excellent audio, but the sounds of battle are much more immersive than in previous CoD games.

The campaign takes a new direction from other CoD games in that it is played out almost entirely as a flashback. Also, you are no longer the anonymous unseen character, you have a face, a voice, a personality, and a past. It takes place during the Cold War/Vietnam era at various locales around the world. I think it's pretty interesting, although maybe not quite as intense as the Infinity Ward games. It definitely has a very Platoon/Apocalypse Now feel to the majority of it. A few neat missions, nothing sticks out quite like "Ghillies in the Mist" or "Death from Above" from CoD 4, but good overall. You'll probably play through it once or twice, but the majority of the time I'm sure you'll be playing Zombies or MP.

Next up is the Zombie Mode, and after spending some time in it, I think that this may be the best part of the game for now (until they fix the issues with MP which I'll get to in a few minutes). What's not to like? Get a group of friends, buy weapons, and survive a zombie onslaught. When you first get the game, there's only one zombie map unlocked (unless you bought the Hardened edition which includes four more), but another two are unlocked easily. The one starting map is a fantastic map. There's method to the madness, albeit crazy, hectic method. Really your success in Zombie Mode depends on your luck with the mystery box and how well your team works together. I pulled the two best weapons in the game in succession at the start of the game once, another time I tried five times and got 5 neigh useless weapons. The only thing I would change would be the addition of a way to share funds/weapons with teammates, too often you'll get two or three guys with decent weapons and the fourth guy has nothing with which to help out. Can't wait to delve more into this mode.

Finally, we get to multiplayer. Between CoD 4 and MW2 I have spent nearly 30 days of online MP time, so I had lofty expectations going into Black Ops. To start with, Create a Class 2.0 is pretty great. I like the credit system personally, although I think it should be more difficult to get money. If you buy absolutely everything, you'll find yourself out of credits, sure, but if you show any sort of discretion with what you buy you'll have a massive cache of...cash, which you can't take with you when you prestige.

There are both good and bad maps, the tiny Nuke Town being one of my favorites. Others just seem to have no flow or thought put into them. Call of Duty 4 has the best maps ever, in large part because there are natural areas where fights break out. In Black Ops they just seem to happen in random spots where you wouldn't expect. It may sound great in theory, but it's kind of odd.

Overall the weapons are decent but I don't feel connected to them as I did in MW2, nor do I think they're as balanced. I suppose there's something for everyone, but a lot of the weapons just don't work for me. I finally unlocked the Commando and it's by far my favorite weapon of the bunch, but none of them have the same level of cool as those in MW2. The poly count is lower, sure, but it's not just that. I understand they added recoil which I'm happy with, but at the same time there are lots of moments that will leave you frustrated.

Finally, and blessedly, they removed a lot of the cheaper tactics from MW2 - Commando knifing, Danger Close spamming, and quick scoping. I'm glad they got rid of quick scoping, but they've all but made the sniper rifles useless. I'm level 46 and I think I've been sniped two times total (with over 1100 deaths). To top it all off, killstreaks do not add to your killstreak count, so you have to work harder to get those rewards.

And thus we get to the biggest issues with this game...

The lobby/party system is, to put it lightly, broken. It's even worse than Gears of War 2's system was when it was released. If you play with a party you should expect to spend 30-50% of your time trying to get your whole team into a game together. It is an absolute nightmare. The other night, a group of five of us spent over 30 minutes trying to get into a match before we finally gave up. We'd get stuck trying to find another team to play, it'd drop the rest of my team, etc. Also, it seems incapable of "repopulating after an enemy leaves" like every other CoD game has...if you are doing great in a game and half of the other team quits, you'll probably finish the game with just those few people on the opposing team.

Next, the spawn system is pretty bad. I can't count the number of times the game spawned an enemy right next to me, and it seems that the vast majority of the time they're in the advantageous position. There's an influx of complaints on this issue online.

While it's been an issue in the CoD games since World at War, it seems the hit detection is messed up as well, maybe even worse than before. You may get the drop on someone and absolutely light them up at close range only to have said enemy whirl around and kill you in two shots...what? Sure it happened in MW2, but not this often.

They need to work on balancing the perks and killstreaks. For example, Hardline is WAY too overpowered. Unlock the pro version and you get to reroll your care packages. Thing is, anything that comes from a "package" counts, SAM sites, Care Packages, and Sentry Guns. So not only do you get all of those one kill earlier, you essentially get 6 chances to get a great killstreak reward, as well as having the ability to roll your teammates CP's, it gets ridiculous. Next is Ghost (the replacement for Cold Blooded). Since they've eliminated Stopping Power it seems like anyone not using Hardline is using Ghost. They need to make the rest of the perks balance out with them. It seems that as a whole, the perks aren't as good as they were previously.

Killstreak Rewards are pretty balanced, but I think they may need to add an invincibility timer for newly spawned players as the chopper gunner mows through spawn areas like it's nothing.

Finally, the newly created Wager Matches are actually a ton of fun, especially the low ante matches you can play with your party. Sticks and Stones is my favorite where you are equipped with a Crossbow, Ballistic Knife, a Tomahawk. Kill enemies to get points, tomahawk them to bankrupt them. Again, with a group of friends this is one of the best experiences in the game, with randoms it's not quite as exciting since you can't talk smack back and forth. Getting tomahawked with seconds left sucks, but it's great fun...if you can get your party into a game (grumble grumble).

Overall I do like the game, but they seriously need to patch the lobby issues ASAP or it's going to drive people away (which I'm sure it already has). Next fix the spawns, and finally balance everything. Whether or not you enjoy the game depends on how you like your games. I think that once they fix the issues with MP it'll be a lot more enjoyable, I've got friends who have sworn off the game until they fix those aspects. For me thinks definitely the best Treyarch game to date, although it isn't quite to the level of it's Infinity Ward counterparts. Others I've talked to say it's the best of the series though.
Review Page Hits: 0 today (137 total)
mediahook