Should You Cave In and Buy This Game? 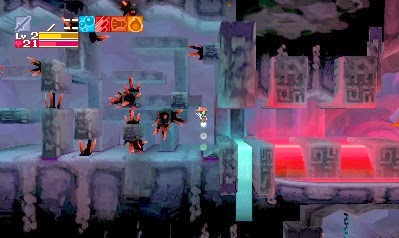 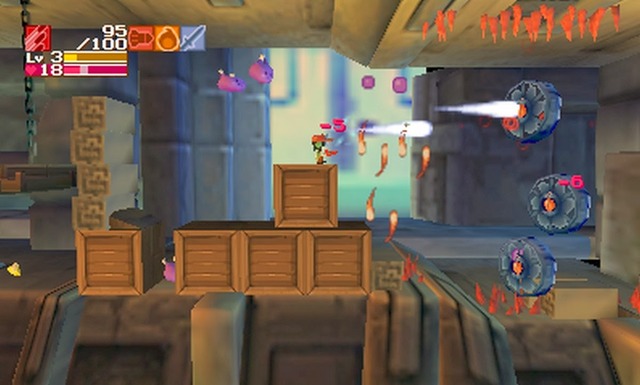 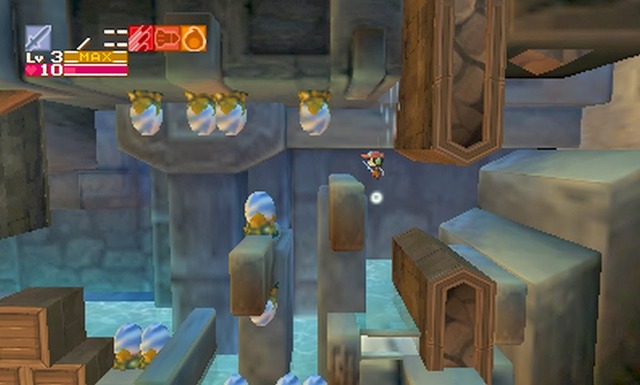 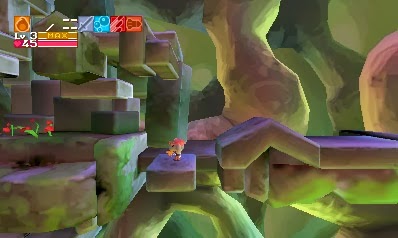 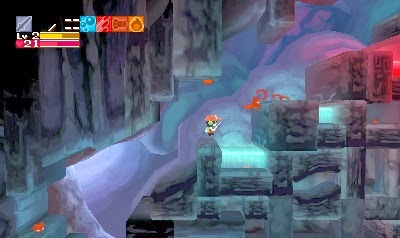 Released a decade ago on PC, Cave Story is a game that many indie developers owe a lot to. Its developer showed that with enough skill and drive anyone can create a deep, compelling, worthwhile game. Six years later in 2010, Cave Story was ported to both Nintendo's current platforms in digital form on WiiWare and DSiWare. While the original PC release was freeware, these ported version held a double digit price tag. A year later and the first retail release of Cave Story ended up on the Nintendo 3DS. This version, Cave Story 3D, is the one we're focusing on today, a game that at launch carried a $40 price tag. With multiple cheaper alternatives for those with a hankering for Cave Story, is this 3DS remake worth it?

The story in Cave Story 3D revolves around an amnesiac who awakens inside of a cavernous complex. Wandering through this cave, the main character eventually meets up with rabbit-like residents who claim that a sinister man simply known as the Doctor is plotting to coerce the cave's residents into serving as his army to take over the world. While the tale certainly has a wide variety of somewhat intriguing characters, I found myself not becoming attached to any of them. I quickly forgot their names, which meant that if another character told me that an item I needed was held by *insert name here*, I'd either have to aimlessly wander around the game's world or consult a guide (an absolute last resort, mind you) to find them.

One big issue I have with how many events in Cave Story 3D progress is that are an abundant number of tedious fetch quests. It seems in each new area of the cave you enter, there is an incessant amount of backtracking just to fetch this, find that, bring this back to that character, etc. It just seems like unnecessary padding, and quite frankly, it's just not that much fun.

Now, while that may seem like a sour way to introduce my thoughts about Cave Story 3D, there's a lot to love about the game. Let's start with how the game plays. Cave Story was based of the creator's love of franchises like Metroid, and Cave Story is loosely modeled on that Nintendo classic's structure. While you don't gain as many new abilities to access new areas, various transporters open the way to totally different sections of the game as the story progresses. Following the Metroid structure, there are multiple hidden heart containers that bestow increased health to our hero (he can now reach 100 health as his max), as well as plenty of boss battles that can pop up when you least expect them, usually foreshadowed by a save point in the room before it. These break up the exploration of Cave Story 3D rather well.

Cave Story 3D's unnamed protagonist will have to deal with plenty of challenges, both platforming and combat-related. For combat, he comes across new weapons, such as a machine gun, missiles, a blaster that sprays out bubbles, a flamethrower, among others. Defeating enemies with these weapons results in them dropping health, missile ammo, or yellow triangular shapes. These yellow triangles allow your currently equipped weapon to gain experience. Gain enough experience with a weapon and it levels up, giving it greater firepower and capabilities. As easy as it is to level up a given weapon to its maximum, it's also just as easy to lose a level, performed by taking enough damage by either enemies or cave hazards.

Depending on whether or not you satisfy certain conditions within Cave Story 3D (some more obvious than others), you will either get a normal ending after facing off against the supposed last boss, or the special ending, which has you entering a super secret level that is full of deathtraps and other obstacles. It is without a doubt the hardest challenge that Cave Story 3D will throw at you, but the satisfaction of completing it is quite high.

Cave Story veterans and longtime fans know that the original freeware version paid homage to classic games with its graphical style. Cave Story 3D offers an entirely updated look, full of polygons, more interesting backgrounds, and a highly detailed world. It doesn't just linger on the plane our hero runs, jumps, and shoots on. No, it permeates into the background and foreground, creating a substantially more immersive world than its predecessors. Of course, there are some drawbacks to the new 3D graphics. For one, being in a cave and all, one would expect it to be dark. Well, in this 3DS remake, it is certainly dark in many areas, perhaps too dark, as the color palette of Cave Story 3D is less than bright and cheery. This makes knowing where you can and can't jump a little difficult in some places. However, the lower screen map does alleviate some of this trouble.

Also updated in this version of Cave Story is the music. The updated themes sound great, but to those who have known the 8-bit sounds of past Cave Story iterations might find it hard to get accustomed to, and there is no way to play the game with the classic soundtrack.

Cave Story 3D is a game that when it launched, it cost $40. The asking price now is higher, even for copies that aren't even new. This makes recommending Cave Story 3D a tough proposition, especially since now there's a downloadable version with the classic sprites, visuals, and music available on the Nintendo 3DS eShop. If you must have a physical copy of Cave Story, then you probably already have this title in your collection from when it released. If not and you deem the minor additions of content and all-new polygonal graphical style to be worth the cost, then prepare to pay a fine penny for this game. I don't think it's worth it, but then I've never been one to cave in on costly purchases.
Review Page Hits: 0 today (1,041 total)
mediahook