City is one of the heaviest and most brutal albums I have ever heard, yet it has plenty of style and variation to separate itself from all other metal albums. A must have for anybody into aggressive music with incredibly powerful, rage-filled vocals. 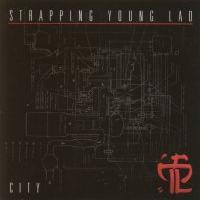 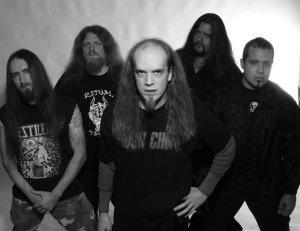 Before Strapping Young Lad, I had not listened to a whole lot of bands that were really heavy. I was really big into Opeth, but I certainly would not have called myself a metal head. However, after falling in love with Devin Townsend's solo work (Terria, Infinity, Ocean Machine), I decided to give Strapping Young Lad a try, which was his main band. Although Strapping Young Lad started a parody band, poking fun at the death metal genre, it is just as heavy and brutal as anything out there, if not more. However, they separate themselves from all the other metal with their own style and sound.

PRODUCTION
The production is awesome on this album, not because everything is crisp and clean, but because it is so dense and layered. The layered guitars and synth create a sort of wall of sound that barrages the listener without just sounding like total unintelligible noise. The album is also filled with several samples that add to the dripping atmosphere. One thing I really liked about the album was how the vocals were mixed. It sounds as if Devin Townsend is trapped 'underneath the waves', and has to scream his lungs out just to be heard. This creates to the overall feeling of frustration and unbridled anger that I think they were going for. This may be kind of hard to picture, but when you hear the album you'll know exactly why it works so well.

SONGS
City features a track listing of nine songs, including a cover of Cop Shoot Cop's Room 429. I can honestly say there is not one mediocre track on the album, not even close. From the incredibly pumping, driving intro of Velvet Kevorkian to the final minutes of Spirituality, this album barrages you with intensity and anger while still managing to be melodic. Although this is a very loud and intense album, I find myself able to fall asleep to it at night due to the dense, sort of hypnotic atmosphere. Here is a tracklisting and small description of each song

MUSICIAL ASPECT
-While the guitars and bass are nothing flashy and wont impress you with any super speedy shredding or solos, they create a dense and heavy atmosphere with their low, industrial sounding grinding. Personally, I much prefer a low, heavy driving feel to metal than speedy riffs and solos.
-The drumming is perfect with Gene Hoglan behind the kit. The guy is a drum machine as he displays speed technical skill that could make other drummers drool.
-In my opinion, the vocals are what make the album. Devin Townsend has an incredible range and the ability to unleash pitch perfect screams that are still somehow melodic. The anger and frustration in his voice is just astounding. In my opinion, he's one of the best singers in metal, with both his clean singing and metal vocals.

BOTTOM LINE: If you enjoy metal, give this album a try. It is considered by many to be one of the greatest metal albums in a long time. The only metal fans who may not like it are those who look for only speedy shredding and riffage and wailing vocals. This album is not a bunch of guys showing off. The music is oriented more around a dense, atmospheric, driving force than impressive licks. If that's what you're into, then City is right up your alley. All metal fans owe it to themselves to check this one out.