A solid game, solid fun, but don't buy this! Get the standard edition to avoid the feeling of being ripped off! 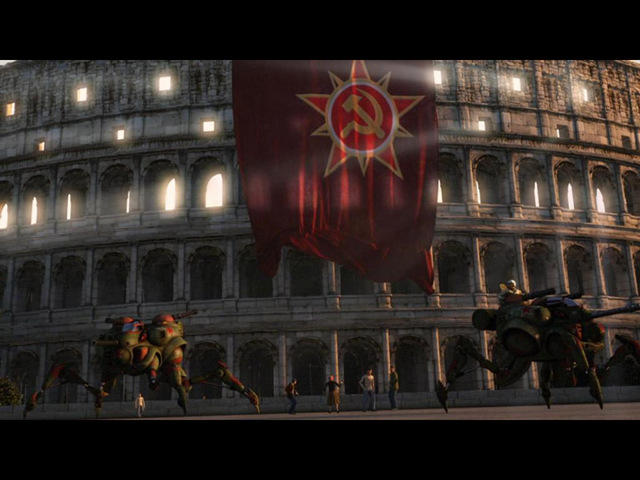 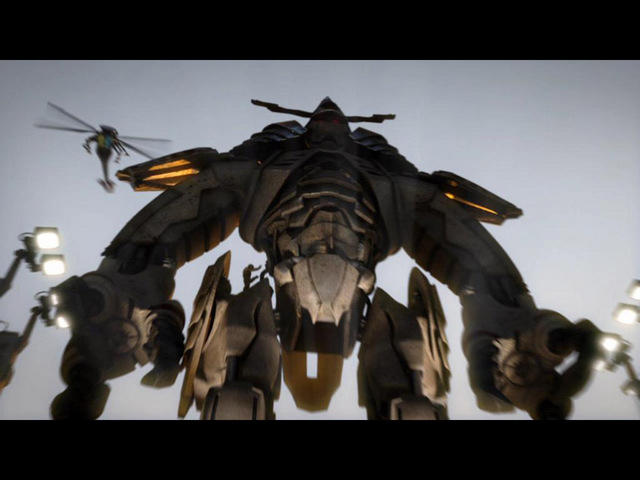 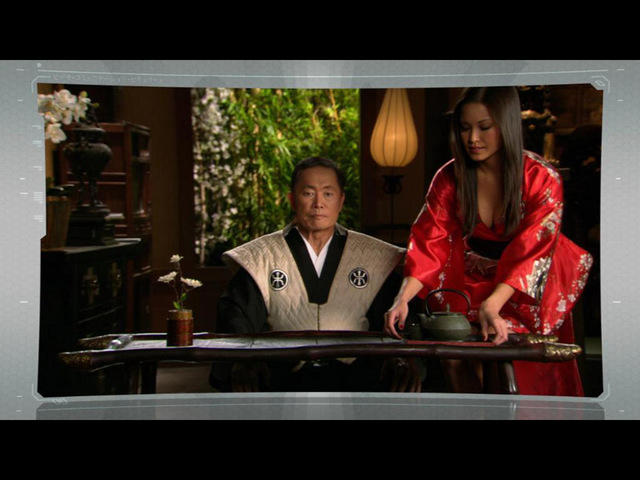 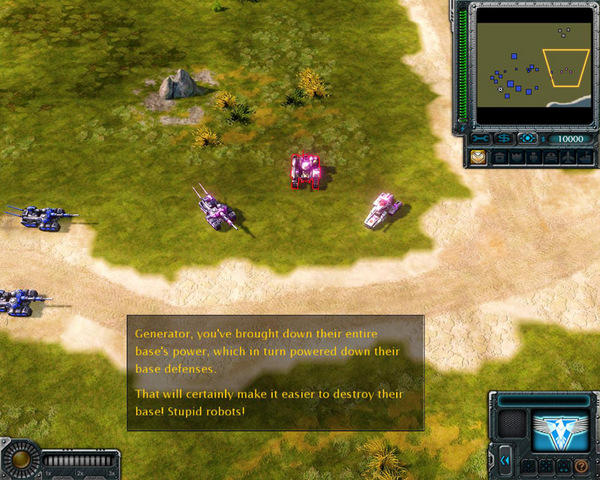 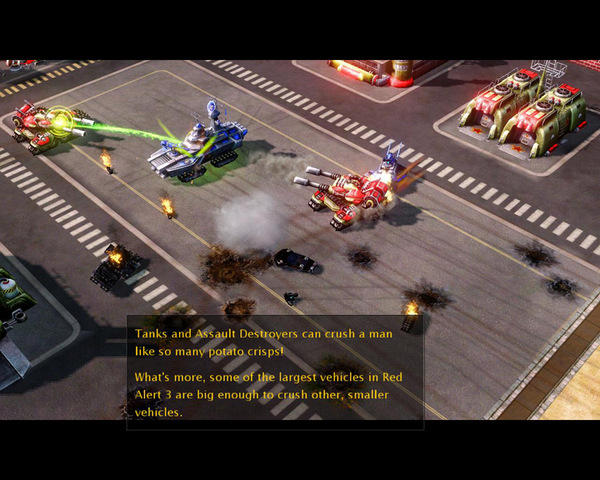 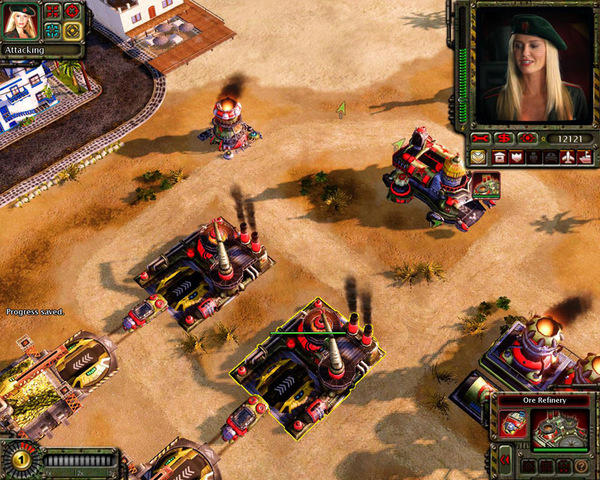 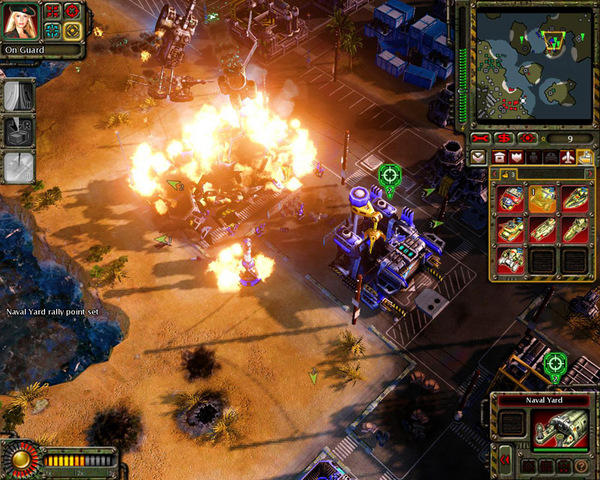 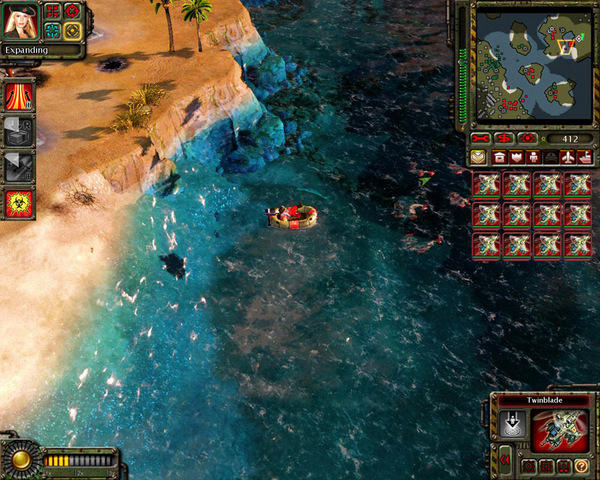 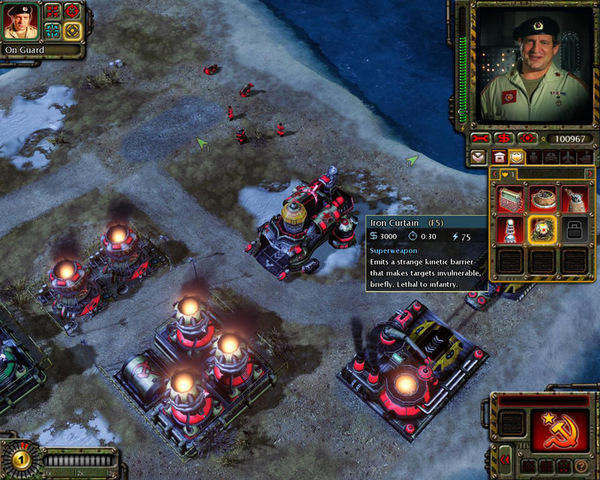 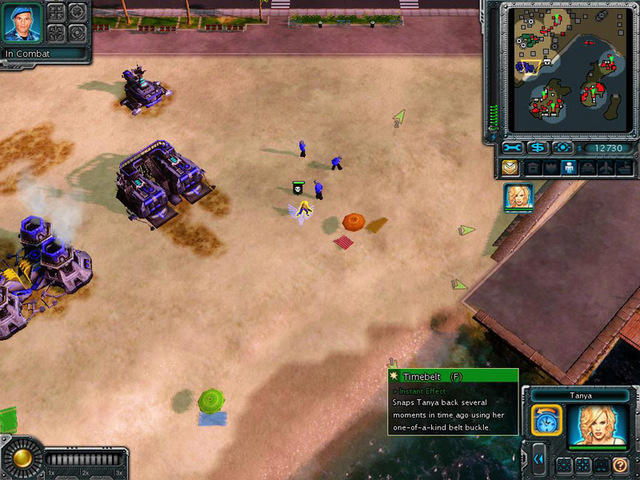 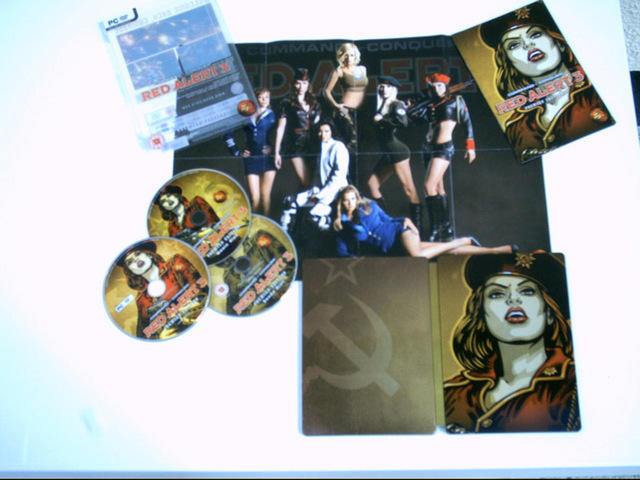 Every time we talk of PC games these days, we end up talking about SecuROM. This has to stop, as EA has really put me off buying games. I understand EA, and their need to squeeze more money out of us. After all they are a business, and in the business of making money. Spore, I let go because it was in all honesty, a fantastic game. But EA and SecuROM are starting to take the piss! Instead of giving a level headed opinion on the points of this game, I am reduced to moaning about something that should have nothing to do with the playability.

A whole generation of C&C players have been annoyed enough to boycott this game. EA's response was to allow the games activation from 3, to 5, and for the most part has seemed to have done the trick.

So how does this work? For those that don't understand, basically what happens, when you install, the game goes online. You get 5 activation points, and each time you install, one is deducted. EA add that if you uninstall your game, and reinstall, it won't deduct another activation point. But this is not clearly stated in the readme file, which I had to go online to find this out. Personally, I am not one hundred percent convinced by EA.

So does this SecuROM thingy work? Does it hell! Let us take SPORE, EAs last game to come out with this type of protection. In the first week it was released, the game had been cracked and downloaded a whopping half a million times. In fact the funny thing is that developers still insist it stops piracy. It doesn't, what SecuROM stops, completely and dead in its tracks, is PC game trading!

Developers have been moaning about the second hand market for games. It seems that they get no slice of that pie, and with a certain amount of cheek, feel somewhat ripped off. You might have noticed that computer game shops will trade any game, as long as it's not for the PC. Games started in the basement of the geeky, but have land in the hands of the profit mongers! And if we are willing to pay, business will continue to do what they do best, shame on you EA.

In the January sales, I saw Red Alert 3, standard edition, going for --20. But unfortunately there was none left, instead the Premier Edition, for --50, was pulled out. So I thought what the hell, and what do you get for that extra --30. Not a whole lot and I feel, rightly, ripped off.

YOU GET:
A bonus Sound Track disc with 44 songs, 10 of them I've listened to fully, about four are any good.
A bonus DVD with extra footage, blooper reels and other items. After watching it once, you'll wish you didn't bother.
Wallpapers, a total of 44! No wait that's 11, just 4 different sizes of each picture.
5 exclusive bonus skirmish maps! Which you have to download!
Beta Key for a future C&C game. With a limited number of places and ends in February of 2009!
Exclusive in game Item for Warhammer Online: Age of Reckoning. Yahoo! Oh yeah I don't have it!
A3 Poster, the Women of RA3.

Out of all the things bundled into this special edition, none of it makes it feel --30 more special. Except the case, the nice metallic cover, and the weighty feel gives it a presence over all the other games in my collection.

But that alone is not reason enough to buy this, you know it's the little touches, and here, those touches seem half arsed! Of course the "exclusive maps" have been leaked. So if you search for them, you can download them for yourself. (Hint, hint, say no more, Say no more). Not only is there the 5 official bonus maps, from the Collector's Edition, but 5 other bonus maps offered in other promotions. I am sure that somewhere you'll find the wallpapers too, hell you'll probably find the music and DVD.

So I'm left with an exclusive Item for a game I don't care about. A Beta Trial game, which will be too late to sign up for, even if I had the internet speeds required. A poster of the women of RA3, shown below, all with a slight expression, taunting the computer nerd it was intended for.

Worse is that Singapore and Malaysian versions contained C&C Red Alert 3 Dicota Notebook BacPac, a Microsoft Sidewinder X6 Gaming Keyboard with Garskin Red Alert 3 decals. And some people, if they arrived early, got exclusive posters and Soviet T-Shirts. But I am not bitter, I mean mine came in a well crafted metal case, "what, theirs did too... ah for f--k sake!"

The Game
Over the top can pretty much describe everything about this game! It's silly to the extreme, and while it sometimes makes it harder to review, overall the game has fared out well. So let us start with the story, in the Red Alert series, we always find that the story is different but similar. This time is no different, people - war - time -- Einstein -- gone. This time, the Russians have gone back in time, removed Einstein from existence, and come back to a world where there was no WWII. Also with odd knock on affects like the Japanese have a huge army, No Nuclear Powered weapons, and some highly advance weapons that aren't in existence today.

This is the major thing I have about the story, which Einstein seems to have held back the development of man. The Russian now have Tesla Weapons (Electric Bolts) and Magnetic Weapons. The Japanese have EMP technology, Robots, Wave Force cannons, and Psionic abilities. The Allies have Cloaking technology, Time Travel, Orbital Lasers. So in the 60+ years between now and the second world war, Einstein somehow made us less advance by explaining the formula E=mc2!

He'd be rolling in his grave! There is a story that Einstein was working in his office for too long. So he went for a break, going for some ice-creams and a bit of a stroll. So on the way back, carrying an ice-cream in each hand, he had a 'eureka!' moment. He dropped both cones, and raced back to his office. So, you see anyone that can discover the basic principles of Special Relativity. While walking, and holding 2 ice-creams in his hands, in my books will never hold back science! That, and the suggestion the men can't multi-task as well as women, shows how wrong we can get it sometimes. Now of course the other point is that E=mc2 explains how it works, not how to build it.

The game is very visual, and in line with the crazy tone set by the whole game in general. While I had no technical problems running this game, there have been a lot of reported incidents. But by far the worst thing might be the fact that the colour scheme is bright, I mean, get out your sunglasses, every single one of the 4,294,967,296 colours, kind of bright! While it lends well to the whole mad reputation, after a while some might find it a strain. Still I find staring at a black and white photo afterwards helps balance things out, giving my eyes a much needed break from colour!

The units are wonderfully bizarre and very creative, not only in design but in strategy as well. There are lots to mess with, and I suggest that you go through the tutorial, as there are some finer points to know of. Also there is tons of humour, the tutorial starts off with ... three tanks walk into a bar a Russian tank, Allied Tank, and a Japanese Tank... From then on there are plenty of cheesy voice over's, little game quips, and heaps of moments to raise the corner of your lips.

Ok, so you're thinking, well that's not too crazy? Stuffing attack bears into a man sized cannon, and then launching them at the enemy. Or ordering a squad of Attack Dolphins to use their head mounted lasers to kill. That's not crazy; didn't the Indians use elephants in their battles? But its the wide variety, one such, is the Japanese secret weapon, the Shogun Executioner. Best described as a Manga Styled robot, with three legs, three bodies, three swords, three heads, oh and six arms. Yes I know, even more confusing, but all these wonderful units make for interesting battles. And also interesting tactics, for example the retreat button, pre-programs units to race back to their base, firing constantly at the enemy. This brings a whole new concept to RTS games! Yes I know! Say it with me Re-Trea-T, again that's, Re-Tree-Teat! Some kind of foreign concept, but now can be a strategy too.

One interesting thing is the co-op play mode. Red Alert 3 has introduced two players, same side, and dual play. While I haven't played with a real human, I can see the real draw of it, two friends developing a strategy and playing. Even in single player it is fairly clever. Of course the Friendly Ai is rubbish, but you are at least, able to issue them with commands. If nothing else, you can issues commands for him/her to stay out of your hair, while you finish the mission. For the multiplayer, I can see this having some great success, if you can play online. The next leap forward will probably be multiplayer matches of larger size; FPS multiplayers may have some decent competition.

In the end this game has some really worthwhile merits. And if you do get the chance, I would suggest playing it, just don't be fooled, get the standard edition. Finally a show of hands! Who would like to trade Red Alert 3 Premier Edition, only 4 Activation Points left! I know there are many of you with your hands up! But after that, you may not even be able to give it away, truly a shame.
James

Note: While you will be able to play Command & Conquer Red Alert 3 with the specifications above, play experience may improve if you have additional RAM above the requirement. Please refer to the section on Optimizing Graphical Performance in this ReadMe file for more information.
Review Page Hits: 1 today (161 total)
mediahook