Since I finally got a PC that can run it (on medium and low), I think I'm going to take a crack at reviewing this monster of a high-performance PC FPS. I hope I can write the review better than my PC can run it... 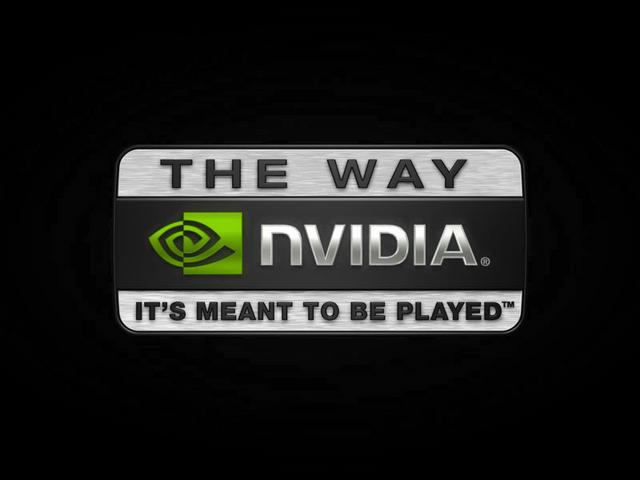 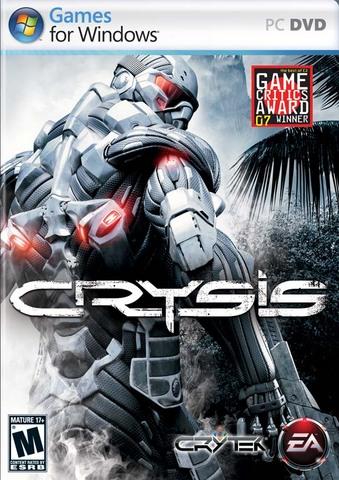 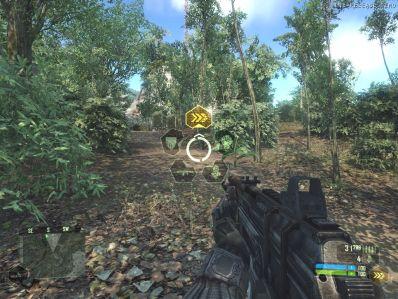 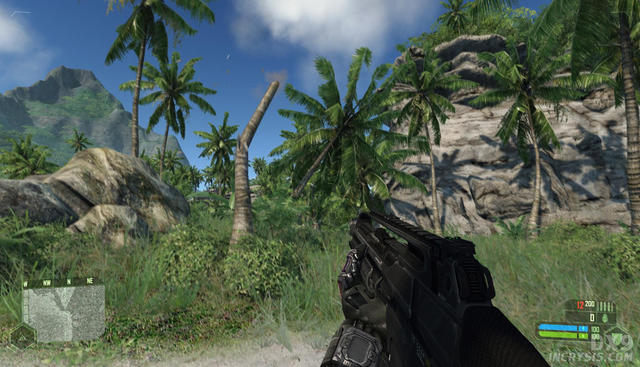 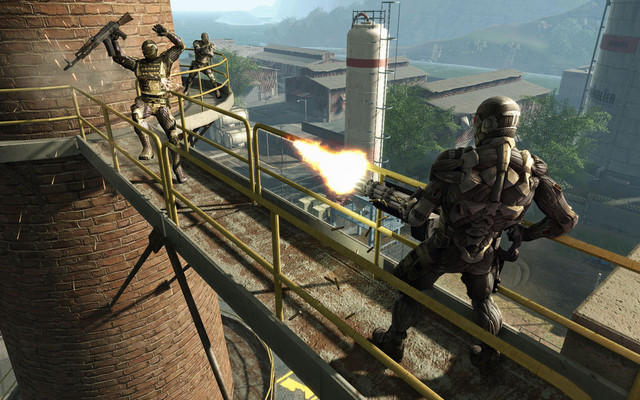 Alrighty, I'm back with a computer that can actually run some games now. Then again, I'm reviewing Crysis here, so that statement seems kind of ironic... Um.. Anyways.

Onto the review itself.

I'm not really going to comment on the story very much. Trailers, gameplay videos, and performance tests we all know we've watched on Youtube at least once pretty much give the story away, since it's fairly simple for the most part, not to mention james' review describes the first part of the game nearly perfectly. Still pretty good though, although the ending (which I won't say) basically screams "This game will have a sequel" without EA and Crytek telling us there's going to be one.

Some of the Pro's and Con's I said I think I need to expand on and clarify, which I'll do later on...

...because first I need to rant about the graphics, among other aspects of the game.

Hahaha, I can't say anything about the graphics people already don't know, except for the fact that screenshots don't do it justice. Even on low it looks beautiful, as long as you can crank up the resolution to semi-higher than the lowest your monitor can go. However, I've got to say, the graphics are... how should I put this... I think I can call them "uniquely addictive." What I mean is, that for me, when I first played it on the system I run, I could squeeze out highest resolution, on some settings on medium, some on low, and the game was still a solid 30 frames per second (which translates to "pretty playable") but now that I've seen the graphics on low, I want to see them cranked up 100%, and I feel a huge urge to go buy the best computer parts I can to achieve that. It'll probably have that effect on some other people as well.

Just this once, I'm going to give a game a new category for review: Physics. Because Crysis has tons and tons of them. Just to name some examples.

If you shoot a tree, oh, halfway up to the top of the tree, it'll crack, and fall over where you shot it at. Even better? Take the fallen part, shoot off a little of it, enough that you can hold, and your character (Nomad) can pick it up, and throw it like a weapon.

Throw a grenade or use heavy force on a hut/house/etc, and it will fall in, starting from where you took the walls or support down at. Careful, that can kill you if you're inside, as can a falling tree.

Not to mention realistic day and night cycles, even in some DirectX 10 (Vista only, not counting XP patch) servers in multiplayer, as well as weather, like snow, rain, and wind.

Physics do get annoying though, sometimes, as if you run into something in Max Speed (one of the Nano suit powers) it'll do damage. I do like the fact that you're not like a Halo Spartan, and can't fall 50 feet without dying, but sometimes it gets annoying when you're dodging 50 bullets a second, 49 of which are coming from a Humvee commandeered by Koreans who want you dead. Plus the explosions seem to have a rather large range... but if you can look past that, you have the best physics a game can offer.. at the moment...

The sound in general is a 5/5, as in noises, Koreans talking, character voice overs, but the music fails to set a perfect mood, in my opinion. I've seen Crysis marked as a horror game, and the music made me believe it, but then I only found 2 or 3 actual scary cutscenes and moments in the game, so I started to think, "Why set a horror mood if the game isn't going to throw out anything scary?" Maybe it's just trying to put scary hand-in-hand with Crysis' heavy sci-fi elements, which is the conclusion I came to.

This is kind of mixed here, and is the subject of a bit of criticism in terms of Crysis itself. Crysis IS good, gameplay wise, and some people think it's just trying to hide gameplay behind graphics, which it slightly is, but it is a good game in the end. It's just here I find 2 things that contradict themselves. What I don't like that much, is that Crysis is the most beautiful game out there right now, and not many would argue with that, but the game is so fast-paced... you can stop to enjoy the scenery, but you're probably going to get killed, just as you can rush through the game, but feel that the game is incomplete. There are times it gives you a little while to look around, but... And then there's the thing I said before in the Pro's and Con's. I don't feel that the damage you take and give is balanced 100% of the time. It's a bit hard to describe, really. Then again, it may just be me getting nervous when I'm running out of bullets. I like the game's ammo system, but it sometimes gets frustrating. You have to manually pick up the weapons enemies drop to get the ammo. For example, if you kill an enemy with a pistol, and you're carrying a pistol, you have to walk over to the gun, crouch, and pick it up to get the ammo left in that pistol the enemy dropped. Not to mention the game doesn't throw a thousand rounds your way every 5 minutes. It expects you to look around a bit and find weapons it lays out rarely. I guess that could add to the sight-seeing, but most of the time you find weapons in that manner is when you're running from a tank, or 10 Koreans, or both.

Now that the review part is mostly out of the way. I need to expand a bit on the Pro's and Con's I've said.

I've already explained the part about the fast-paced gameplay, so that's out of the way.

Next up is the Con where I said you need to master the nanosuit powers to win. This is true, even on lower difficulties, unless you want to sneak through every level (which is probably possible, by the way). You're going to find yourself constantly switching nanosuit powers, and you need to get the hang of them and what they do in order to stay alive. The game reminds me of Metal Gear Solid in a way. Shoot something near an enemy, an alert meter goes up. Alert meter goes up, people know you're there. They start searching for you. Makes it hard to go through the levels. So strength, speed, and cloak come in handy. Run up to an enemy, punch him in strength, go to cloak for a little while. You'll find yourself doing things similar to this regularly if you play the game.

You're forced to run for cover all the time because the cover you were behind 10 seconds ago is gone. Destructible environments are great, but you're always moving between them, since you can't take 100 bullets and still live. In some points, you get badly damaged to the point where you have to run away to get to cover. While it's kind of annoying to have to do that, it's still a nice element of the game to know even with a nanosuit, you're not immortal.

Last thing I need to explain is the mention of Sandbox Editor. Crytek literally gives you the editor they used to make the game, bundled with Crysis. Actually, the demo of Crysis comes with it too. I'm not going to go into too many details, since it's a really complicated app unless you know how to use it, but it's fun to open up the island map you start out on and go exploring randomly, and they give you the freedom to do that, as well as make your own maps as well.

As for the VTOL level? You'll see if you play the game (or look for spoilers on Youtube. I'm writing a review here.

Just for the record, and for some technical details here, I was playing on a system with these specs:

I was playing on 1440X900, some settings medium, some low. I think I had 2 on high settings. And I was pulling about 30-40 frames per second some of the time. At some points it got to 15 frames, but it was still playable.


In the end, the game was great, and I'd play through it again. Some of the frustrations I mentioned made me lower the score by a little, but it's still a great game. You owe it to yourself to get the game if your PC can run it. Or at least try out the demo.