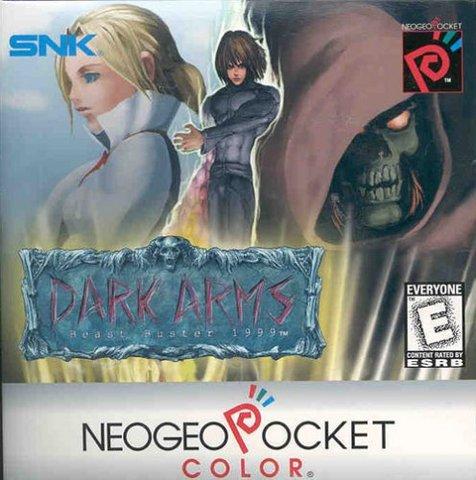 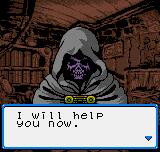 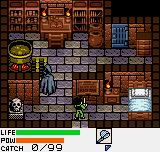 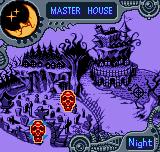 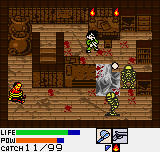 Dark Arms is a fun action/RPG in the vein of Zelda. Your goal as the Beast Buster is to obtain weapons from the Dark Realm to kill various zombies and creatures by the order of a robed skeleton.

Gameplay & Control
The story mode starts you out in the house of the skeleton and he begins by sending you across the land gathering and evolving various weapons to get the ultimate weapon -- Dark Arm. The gameplay is like Zelda in that the view is from above but instead of sword play you have "gun play". Once you defeat an enemy you capture their soul and it increases the power of your weapons and health. Every time you defeat a new enemy, the species is recorded in your book. As you travel, you can also talk with villagers to help you figure out what you're supposed to do. The way the character control works is whatever direction you are facing is also the direction you fire in.

Graphics & Sound
The graphics look very good for a first generation Neo Geo Pocket Color title. The colors are bright and plentiful although all the smaller characters including your own are limited to one color. But the backgrounds are detailed and you can even play this game on the original Neo Geo Pocket. The sound is spooky at times which helps build an atmosphere like you're stalking prey, which is cool.

Replay Value
Once you beat the single player game, other than going back through, there is nothing to unlock. What is cool and helps add some longevity is the inclusion of a Vs mode. You can link two NGPC's together and engage in a battle mode against one another.

This is an entertaining, light RPG that has fun combat and nice graphics. The ability to transform and evolve weapons is cool especially when you can try them against a human opponent.
Review Page Hits: 1 today (1,208 total)
mediahook