Disgaea offers up a satisfying experience.... for RPG nerds. 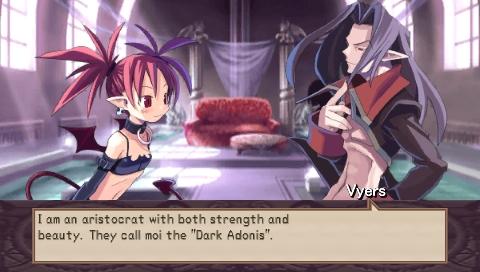 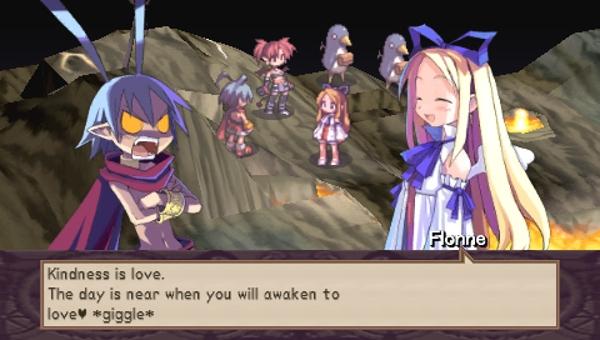 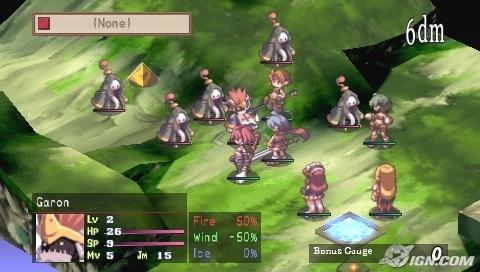 Disgaea: Afternoon of Darkness for the Playstation Portable is one of the most immersive and involving strategy RPGs yet to be on the PSP.

Now, the inevitable will happen in comparisons to Final Fantasy Tactics: War Of The Lions, though these two games are completely different.

Disgaea opens with Laharl awakening from a two year nap, only to be informed that his father, the king, has died. Him being the prince, should have the title of overlord, but the netherworld has gone into chaos over who will take the position. Thus begins Laharl's journey. This is where the game really shines. The hilarious and over the top story is told through text cutscenes, is very well voiced and is overall entertaining.

The gameplay is deep. Anyone without a pre-existing knowledge of strategy RPGs will be extremely confused and lost for at least half of the game. Hell, even I was and I consider myself an expert on these games, but once you grasp the concept, the gameplay is involving and entertaining, and you'll spend countless hours leveling up and promoting your characters. You might even want to spend time slaughtering them intentionally to reap the amazing rewards from the hospital. There are just so many things to do in this game, it's unbelievable.

Controls-
the controls are fairly run of the mill tactical RPG controls. Use the arrows to pick attacks, where to move, etc. X to confirm, O to cancel, and /\ to bring up the menu. They're responsive and fast, and not hard to get used to at all.

This is nothing special, it looks the same as it did on the PS2, and thats not to say bad, but I wish they would have added some cutscenes, improved battle graphics, etc. The battle sounds are run of the mill and underwhelming but the superb voice acting saves it.

ETC:
Disgaea's presentation, while essentially the same as its PS2 counterpart, has made a beautiful transition to widescreen, and the vibrant colors really shine on Level 4 brightness. The replay value is also insane as i mentioned before. The main addition is Etna Mode. This is a whole separate story in which Etna accidentally kills Laharl in the beginning and embarks on her own journey. Oh yeah. If theres one reason you should buy this game... it's prinnies. I mean... they're undead exploding pseudo penguin things......... awesome.

THIS IS WHY I GAVE THE LEARNING CURVE AN F

I give this game a learning curve of F out of honor, not disappointment. If you take the time and effort to learn the game's many intricacies, you will be heavily rewarded.

Ugh. FFT: WotL comparisons I'm sure will be asked:

Is this game better?
- That depends how easily you grasp complicated game concepts.

Which one will I be able to play longer?
- Disgaea hands down. With TWO complete story modes at the least, you'll be busy for a while, not to mention all the extras.

Is this hard?
- No. It's complicated. Think back to FFT on PSX. In what game should you have to be level 15 to kill a level 5 enemy? You see, strategy matters the most in Disgaea, not brute force, or level.