Bringing the tradition of the Dragon Ball Z games to another console. It makes a welcome addition to the library for fans. 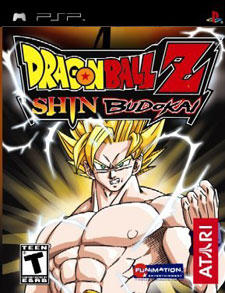 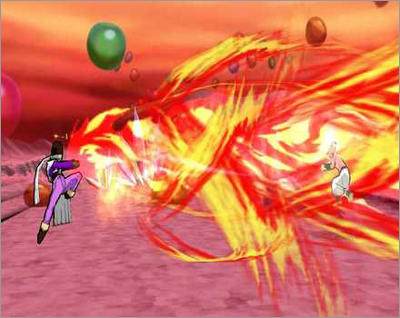 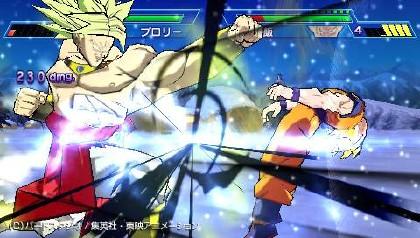 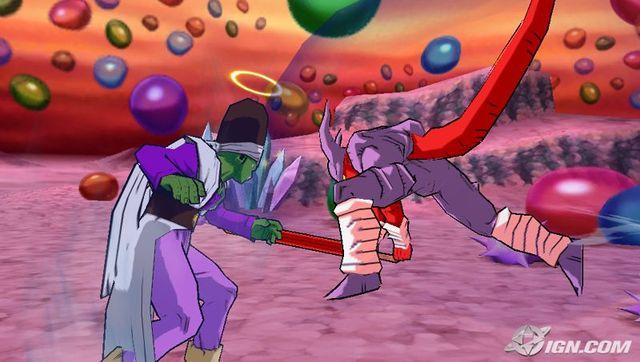 
This is a pretty good game. Lots of fast-paced fighting and flying around here.

Basically this is the same as most other fighting games. And it's a pretty good one at that.

The game has no real story, unless you count the Dragon Road scenario, which covers a what-if situation of the Janemba saga in the anime. You have a map, similar to a gauntlet, where you beat character after character to reach the end. Your fighting in game is ranked to a score. Z for the highest, and so on. In the storyline you can choose from a few paths. Depending on your choice, you may have to fight a different player than if you had chose the other. There are five chapters, so to speak, each with various battles and paths. Completing them unlocks some items and characters and new forms of pre-existing characters, such as super saiyan forms.

That covers the story mode, other modes include Arcade, which is pretty much like Dragon road without the story. You have to beat a certain number of players to get to the end and get granted a wish. The end is usully just for fun and laughs, and plays no real part in the story, but it is good for players who wish to improve skills in battle.

Next we have Z Trial, which has two modes to the best of my knowledge. Survival mode, you have to beat as many fighters as possible without losing. You get ranked when you lose and according to how you do, you earn money.

Time attack is a race-against-the-clock to fight a certain amount of fighters. You have unlimited lives, yet dying only makes your time longer. There are seven levels with a set amount of players and the character you face in each one.

I haven't ran across anyone with the same game to play in Network Battle mode, as the game only supports ad-hoc wireless for other PSPs, but as the name says, it is for people with the game to play locally with each other.

Training is just as it says. You come here, choose players, and fight on the stage of your choice with the settings of your choice. Good for practicing move combos and seeing special moves.

Profile card is your own personal profile and records your match winning stats, versus match wins, etc. and also has a personal card you can personalize with stamps which you either win or buy at the shop in this mode.

As far as the actual battles go, the game is very similar to the console Budokai series. Same Ki gauges (energy) and HP bars that change color depending on the damage you take. As far as the moves go, it follows Budokai 2 and up, allowing you to use moves without having to do combos, but instead, only having to press buttons at a time for them. You can also charge up most.
Transformations are the same too. You press a certain combo to power up to a new form, instead of having to pick that form at the menu.

Graphics 4/5
Ok as far as cartoon fighters go, with colors and all fitting of the Dragon Ball Z games, but I think they can do more, as they don't look as sharp as the console games. Backgrounds are very nice though, as are the moves, which can be blinding at close range sometimes.

Sound 3/5
No voice overs for story... aww... Oh well. In-game cries and yelling are still there, as voiced by the original cast, as well as the rock music and explosions and sound we've gotten so used to over time. I miss the voice overs, as sometimes it gets complicated to read. Sometimes I don't know who's talkng in the story.

Gameplay 4/5
Story is great but you'd have to be a rocket scientist to understand some of it. Mostly the whole story is talking of the space-time continuum, of heaven and so on and can get confusing and make people just want to go

but still pretty good. As for the fighting, it's still the fast-paced stuff, like always and can get complicated in battle from all the charging and rushing, but fun if you can stand it.

Replay value 4/5
As for all fighting games, you want to play it a lot to gain experience in playing it. The story doesn't start over once you beat it, you should go back and choose the paths you didn't take though. Not much more to say here.

Overall 3.5/5
Pretty good game, they messed up on a bit but no game is perfect. Overall a welcome addition to my library.