With the inspiration of M.C. Escher, out comes a puzzler like no other 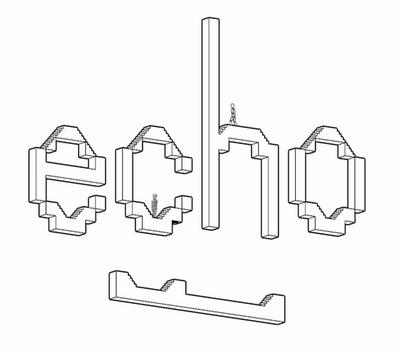 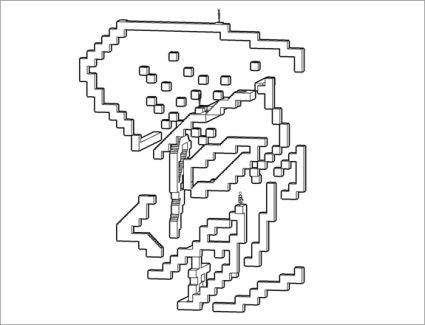 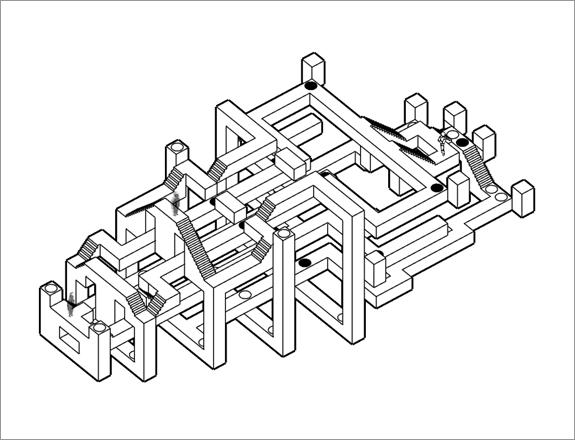 japanSTUDIO did something really amazing here. They took inspiration from one the world's finest artists (M.C. Escher) and turned his work into living puzzles. Anyone familiar with M.C. Escher's work will understand what a great idea this is. Anyone who knows nothing of Escher will be inspired to check out who it was that inspired such an innovative puzzle game. This is one of the finest examples of how video games can indeed be art.

Taking inspiration from Escher's Impossible Object art, this game gives you control not over the nameless man who travels each stage, but the world he travels in. The man is crafted after the standard mannequin (Picture) used commonly in the world of art. The goal of each stage is to collect 5 "echoes" which are flashing black representations of the mannequin that you need to move.

As I stated earlier, you do not control the character, but you manipulate the world around him to push him in the correct direction. You do this by following rules set up in this world that are all based on perspective. There are 5 specific rules that are given to you in the tutorial of the game. Rather than giving you each rule separately I will tell you this... What you see is not what needs to be seen. When you see a gap in the path the mannequin is walking, you need to eliminate that gap. If you see a black hole (or white jumping pad) you need to make sure the mannequin falls through that hole (or jumps) to the proper platform. This is all done by rotating the map with completed 360 degree control. You do this with the right analog stick of the controller. You can hold down the right or left trigger to speed up your rotation so that you can move quickly. The only other button you can press is X which makes the mannequin move faster.

When I say that you need to eliminate a gap, the map allows you to do so. This is hard to put into words, but seems east once you see it put in motion. On some maps you will see a gap between two ledges. In order to cross that gap you need to cover it up with another part of the map by rotating that map. Once you no longer see that gap, you can cross it. The same goes for connecting ledges. Lets say you have a lower ledge and an upper ledge. What you need to do is move the map so the prescriptive changes and the two ledges look connected. The same goes with a hole in the ground. When you see that, you want to change to perspective so that when you fall through the hole you fall to stable ground and not off the map. This may not make sense without playing it, but spend 30 minutes with the game and it will all feel like second nature.

You get to take your puzzle solving skills through 2 main modes. One mode allows you to go through the 56 maps in any order you please. The are listed by difficulty and if you feel like you are up to the task you can go straight to the hardest map. I think it was a good decision to have all maps open from the start, as great puzzle solvers would be bored with the first few maps. With all maps being open from the beginning, people can use trial and error to see how difficult of a map they are willing to take on. The other main mode is a random map selection mode. This mode takes maps from the built in game and also maps that have been made by users from around the world. The user created maps have all been submitted and played by the studio so they only let the best though. We should all breathe a sigh of relief that the maps are being censored and only the best are taken as not every created map is worth playing. And now that I have mentioned it, there is a map creator for all of the users out there who think they are creative enough to make a challenging map. The map maker is versatile and you can create anything that the developer could have, so there are no limitations except your imagination.

Graphically this game is incredibly simple. But as you have read in my review of PixelJunk Eden, simple is not always a bad thing. The game is entirety in black and white with nothing but straight lines and your mannequin. While that may sound very boring it actually looks quite stunning and after playing a while I think you will agree that the absence of color was called for. If the game added any color it would interfere with the excellent puzzle solving. Sonically the game is fantastic. The game is backed by a neo-classical soundtrack. While this may (again) sound boring, it fits the game well and sounds great. Along with the classical music we get a female commentator (for a lack of a better term) who says things like "Uh Oh" when you fall or "Congratulations" when you beat a map. She speaks in the tone of that of a golf announcer, but it all fits together nicely.

If you like puzzle games, there is no reason to pass this up. It can get very challenging and even if you are bored with the 56 included maps, new maps are added every week. You will never meet your match as someone out there is creating the most difficult puzzle you have yet to play. And if you can't wait for that, you can try making a map on your own. The only real draw back is that it is slightly repetitive and if you are someone who gets frustrated easily, you will be throwing your system out the window with this one. The bottom line is, do you like puzzles? Do you like to use your brain when playing a game? If the answer to those 2 questions is yes, then go get this ASAP. It's the most creative puzzler to come out in ages.
Review Page Hits: 0 today (79 total)
mediahook