You thought Morrowind was a good game. HAH! Pop a beer and be sure to have a good 800+ hours on your hands for this one. 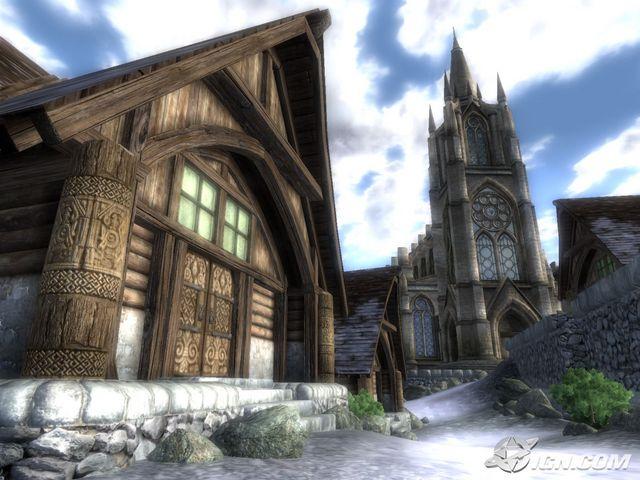 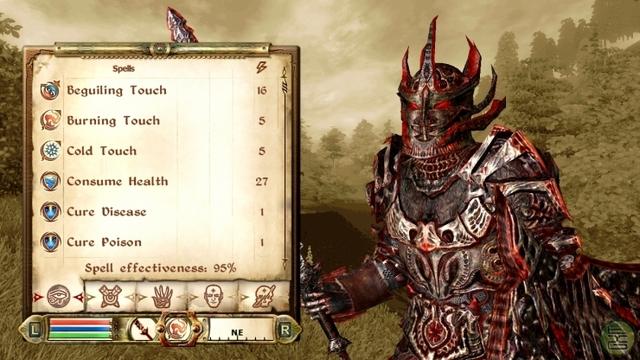 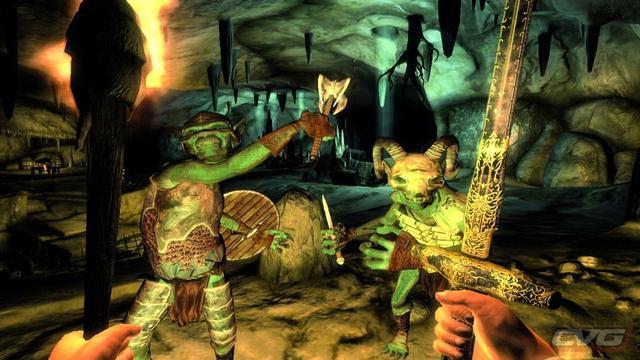 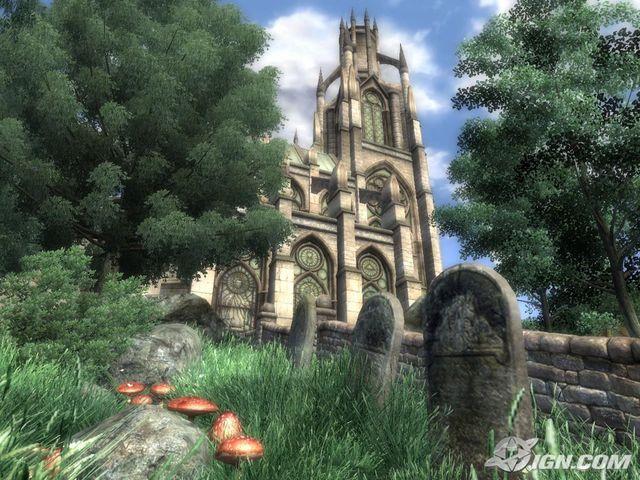 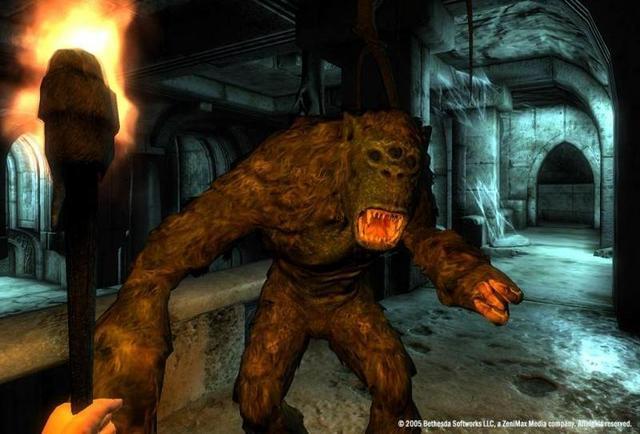 That's all that can be truly said about the next edition from the good people at Bethesda who brought us the first huge RPG on the Microsoft Xbox as well, Morrowind. Oblivion definitely steps it up to a whole new level that we thought could never be reached. It still has the same addicting style of Morrowind with the questing and dungeon diving as you climb the ranks in your respective guild. It adds a new element to the game that is much better then the ones Morrowind had brought to the RPG community.

Story:
The story is placed in the Imperial country of Cyrodil, where you have heard much about as being the Empire's base of operations from Morrowind, but never got to see. You start off in a small dungeon and are approached by the king that he has had visions of you. You go with him through the small dungeon as he is being chased by assassins of a religious cult dedicated to the daedra god Mehrunes Dagon. They finally catch up to him and kill him, the last emperor in his lineage. It is your job to solve the mystery and save the empire. You must travel through hundreds of dungeons on your path to find the next king of the Empire and to restore him to the throne before Mehrunes Dagon can open up all of the Oblivion Gates where he will start a massive demonic invasion.

Gameplay:
Oblivion's gameplay is much better than its predecessor. Morrowind was kind of a hack n' slash game while Oblivion tries to separate itself from that. Don't get me wrong, it's still a "pick up a sword and shield and go hack through enemies" game, but there is a new blocking system that allows you to block instead of the computer doing it automatically. Also, you can hot-key magic spells so that you can use multiple spells without having to reassign them constantly. The way the camera moves when you get hit and the way you can lunge into enemies makes the game feel so much more alive and not so bland like in Morrowind.

The game is huge though and you can go on for miles and miles, 16 square miles to be exact. Morrowind was 4 square miles when you take out all of the area they had for water in the game. THAT'S A WHOPPING 4 TIMES BIGGER!!! Don't think for a second that they took out content. Although there are only 5 guilds now, instead of the 10 or so that Morrowind had, they are much more defined and in depth. Morrowind gave you a sense that everything was too non-linear. Oblivion tries to give you a free roam experience while connecting everything into one larger story that makes the game feel a lot smoother and in-depth.

There's a fighters guild, mages guild, thieves guild, arena, and dark brotherhood along with the main quest. You have to do about 20 quests for each to progress your way to the top of each guild. There are also miscellaneous quests you can do for towns people, daedra quests which are ones for the ancient gods of the native people, tons of other random quests, or you can even become a vampire and do quests for them! There are five different sets of heavy armor and five different sets of light armor and hundreds of different weapons you can use. The number of magical items you can find seems endless.

Graphics:
All I can say is that they are completely stunning and that they flawlessly stream onto your screen when you run across the wilderness unlike the choppiness of Morrowind. The buildings were taken from actual buildings across the world and the textures were multiplied to make the ones in Oblivion. The grass blades and trees are in high detail and you can even see the hairs standing up on a monster's chest. It is unreal how amazing everything looks, although I would have to say that some other 360 titles look a tad bit better, emphasis on a TAD. But this is because they don't have 16 square miles of content to cover!

Sound:
Half the content of the disc is dedicated to sound. Every single NPC in the entire game has his own schedule that progresses even if you are not around and a completely unique dialogue that they will speak every word of and not just type across the screen. It would take literally a month just to listen to every word by every NPC in the game. Not only is there a lot of it, but it sounds great, along with the organic sounds of your horse's hooves pounding or metal from your sword meeting an opponent's.

Overall this is an amazing game that you HAVE to pick up, even if you only had a slight interest in Morrowind. And, if you haven't played Morrowind, it doesn't matter either because Oblivion's story stands alone. If you like Japanese-styled RPGs or MMORPG-style games, this brings an aspect of both to it without the multiplayer aspect of an MMORPG. The only negative factor that I can think of is that they are making us pay for small content downloads which is ridiculous when we already spent $10 or $20 additional for the Xbox 360 version. Also, the load times can be a bit painful, but they are very tolerable and you begin to not even notice them. Try it. Buy it. Love it... Oblivion, ladies and gentlemen (claps*)


P.S. Pick up the collector's edition. The making of the game video is about 2 hours long and is very, very cool!
Review Page Hits: 0 today (261 total)
mediahook