You'd think a game titled "Excite Truck" would be a bit more exciting... 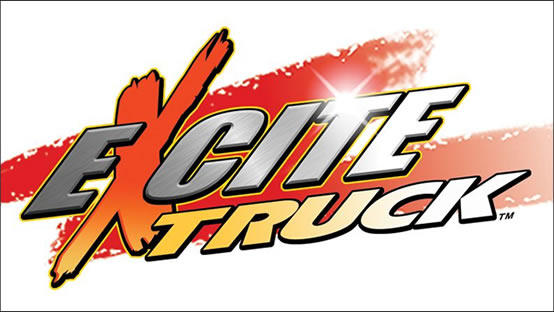 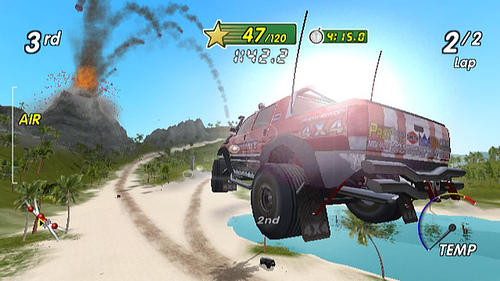 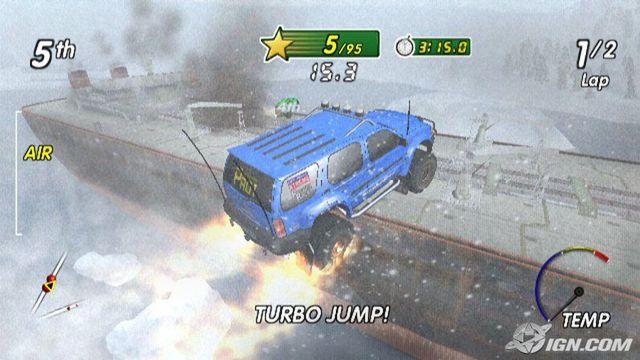 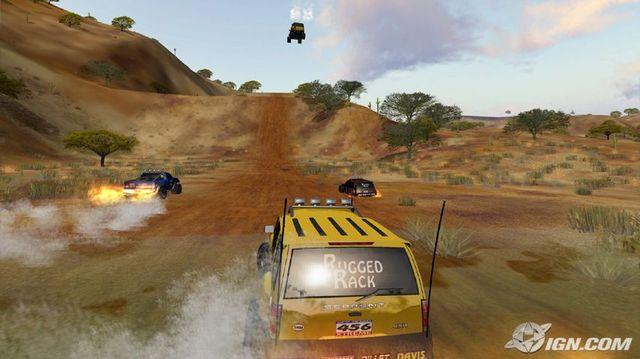 Excite Truck was a launch title for the Nintendo Wii. It was one of four racing games available at the time of the Wii system launch (Need For Speed: Carbon, Monster 4 x4, and GT Pro Series were the others), and was the best of the bunch. This isn't saying much, however, as Excite Truck is just another launch title and really isn't all that exciting.

Visually, there isn't anything new or groundbreaking to look at here. The graphics are crisp and colorful, but they aren't anything that couldn't be accomplished by the Gamecube. This disappointed me when I saw that the best racing game on my new console looked exactly the same as titles on my last gen console. The graphics aren't so much bad as they are disappointing - especially in a launch title. When I upgrade to a new system, I want better looking graphics than the old system produced. Excite Truck does not provide those results.

The soundtrack to Excite Truck is very generic. Lots of no-name guitar music to get you pumped up during races. This is rectified, however, with the games custom soundtrack feature. You can load songs to an SD card and use them to create your own custom soundtrack. This is a nice feature to find in a Wii title, and is definitely one of the high points of the Excite Truck experience.

The game features a number of play options. You will start off in tutorial mode to learn the basics of the game. After this, you have a couple of different options, like racing, challenges, and multiplayer. Racing is the biggest part of the game. Not only do you have to win races, you also have to deal with the star system in the game. Almost every action in a race can earn you stars, like getting big air, drifting, wrecking other cars, and winning the race. You must win the race and reach a certain amount of stars to completely clear a race. This can be frustrating at times as you have to battle the games sluggish controls, battle to win the race, and also battle to get the required amount of stars to move on. Challenge mode features driving through checkpoints, hitting airborne targets by getting big air, and destroying other trucks. Multiplayer is a standard one-on-one affair with no online multiplayer.

The controls of Excite Truck take away a lot of enjoyment from the game. To steer, the game uses the Wii Remotes motion sensing abilities, but does not use them well. Instead of twisting the remote like a steering wheel, you instead tilt the remote from side to side to execute turns. The scheme is easy enough to execute on early levels, but as the game gets harder and star requirements increase, these controls really make it difficult to get your truck to perform the way you need it to to reach these lofty goals. I found myself getting very agitated at the super sensitivity of the controls at times, especially when trying to manipulated my trucks direction while in midair. I found myself many times landing way off track or crashing into trees.

There is potential for replay in Excite Truck if you have patience with the game and don't give up to easily. There are many different truck models to unlock and many events to win and stars to earn. Multiplayer is also present, but only allows you to play with friends and not online.

Overall, Excite Truck is a good idea that is hampered by average graphics and poor controls. I would like to see an Excite Truck 2 with improved controls, graphics, and online racing. Excite Truck is a decent game, but poor controls make it just average and nothing that will leave a lasting impression. Definitely rent this game before buying.
Review Page Hits: 3 today (199 total)
mediahook