The scenery is so breathetakingly stunning, it makes up for the, at times, bitter pill! A decent game, but from the way everyone was talking, you were probably thinking of the original FarCry! 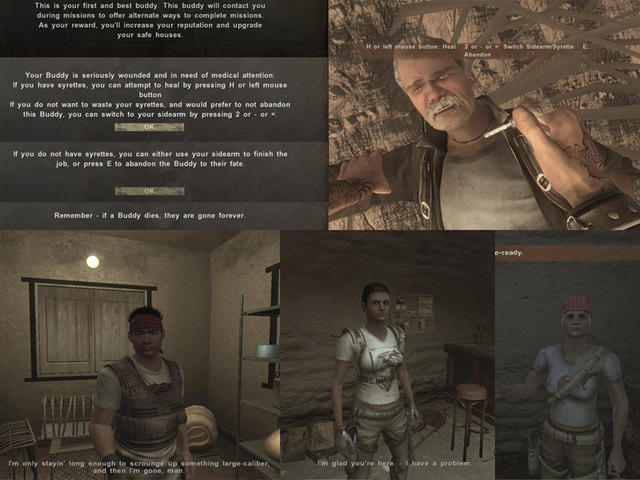 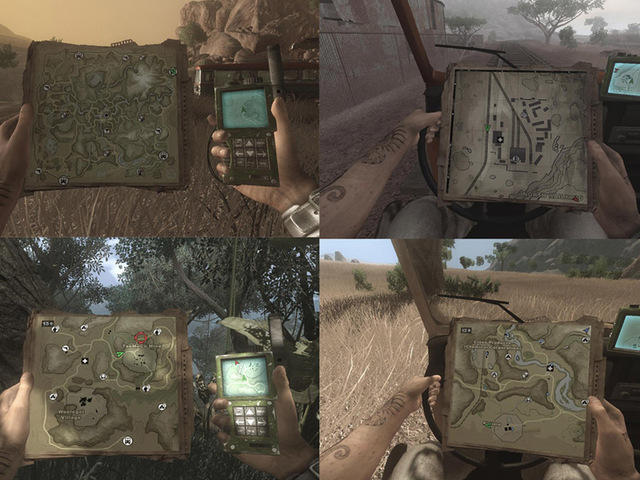 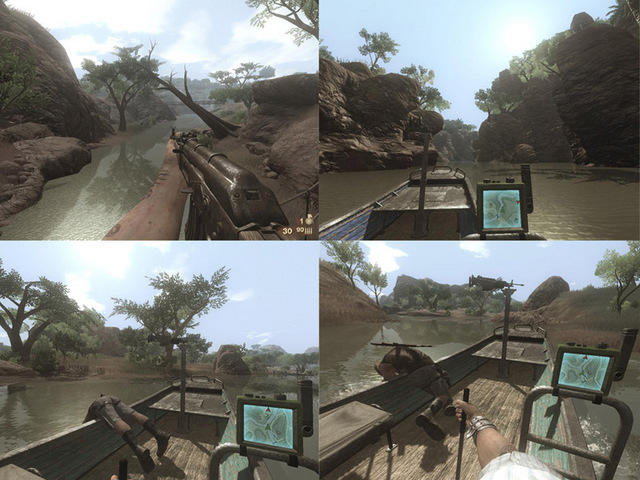 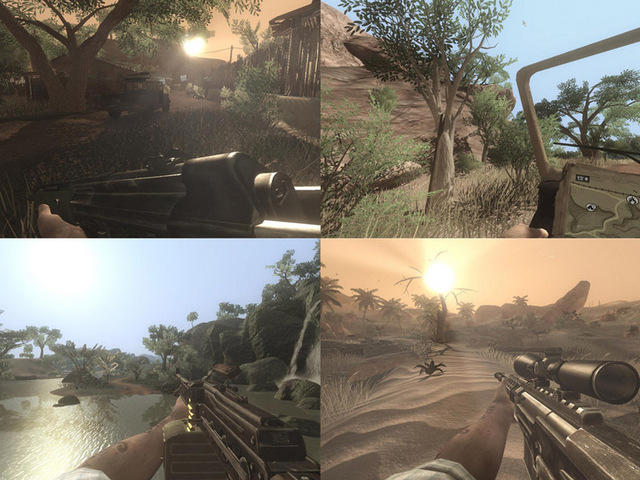 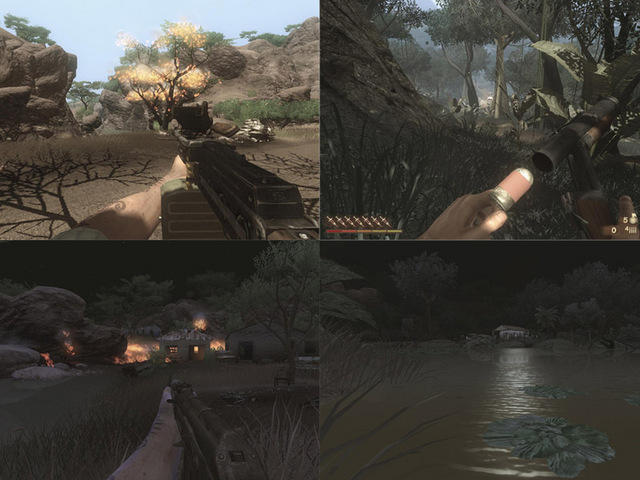 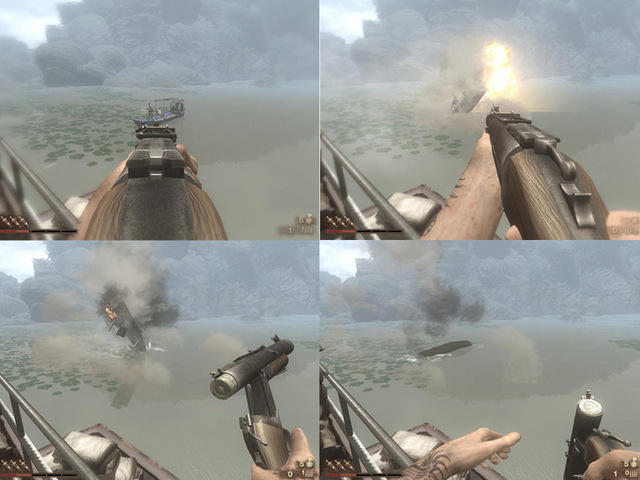 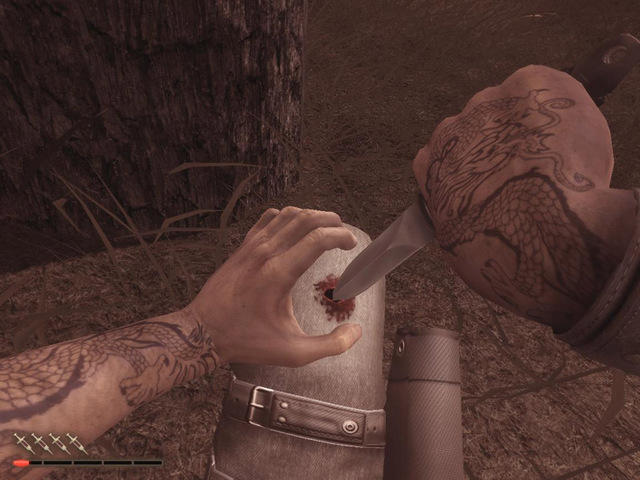 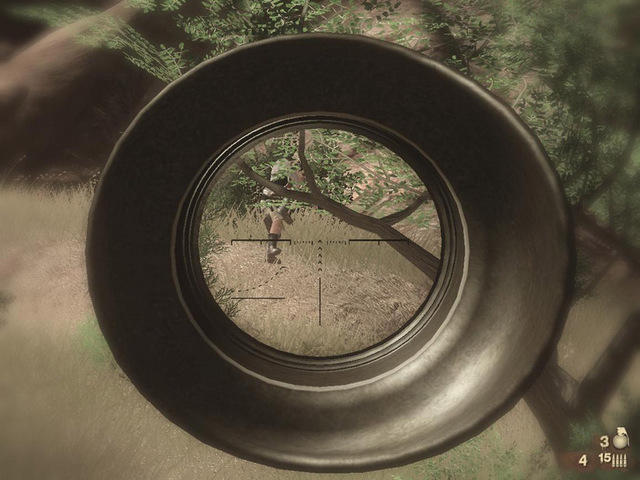 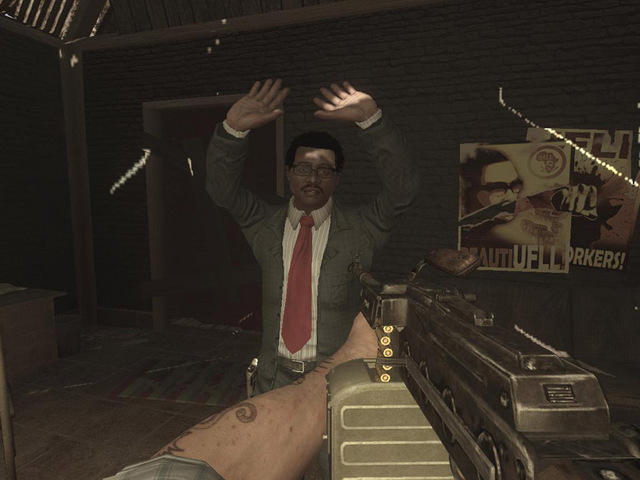 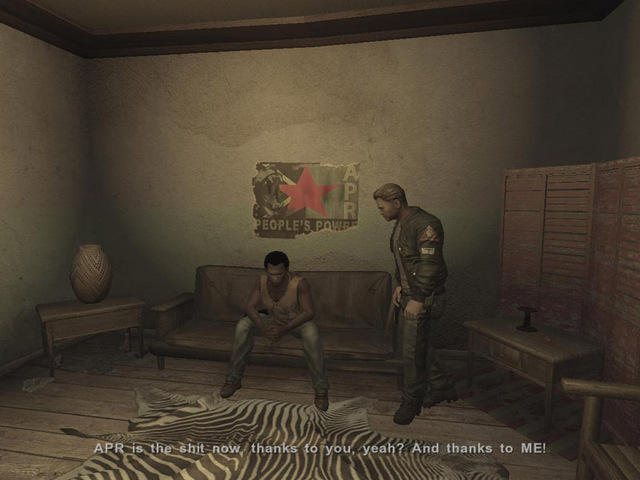 You'll always come across this, and for me this was the game. Now, don't be fooled, I read other reviews, not to plagiarize, but if someone points something out, I want to check out and see if I agree. But this game, I don't see. In fact at times I am completely, hot poker in the eye, blind. I don't understand it.

FarCry 2, set in war torn Leboa-Sako, and is the sequel to the much loved FarCry. I never got to play much of the first; it was three years later I fully got to grips with the game. It just looked dated at that time, so with my head hung in shame, I moved on to play other things.

But in this game things start off badly, as the game introduces itself through a cab ride. At the end you find yourself deep in hostile territory, with malaria, and meeting the man you're supposed to kill. And taxi drivers wonder why people hire cars at airports?

The story then goes on, with various characters introducing themselves. Now I've met many a Africans and South Africans, but the characters in this game talk twice as fast. In fact the whole story seems rushed. A normal sentence will be spilled out in half the time, then they kick you out the door and you play the game. This is a major weak point, and you end up not caring, and as a result end up playing more for the bad side.

However, the stunning scenery is the best I have seen in a long time. You could just run a snap shot program all day, and have enough images for wallpapers to last a year. You don't even require a high end graphics card, though it will help. Even on the lower end models, the detail is pretty high, though in my game the Shadows suffered. But still, it was rarely noticeable, and the majestic sun rise, and sets, gave me a break away from miserable Ireland.

It is that good and beautiful, and if by chance there is fire in the background, well bonus. Fire is something they have, and every other developer, has worked hard on. It is fantastically dangerous, and you can almost feel the flames giving your skin a blistering lick.

This comes to the clever AI that can see fire as a threat, and avoid it, or at least what it says on the back of the box. But in all honesty, the AI is poor, and that's casting the best possible light on it. They die too easy, they have no concept of threat, and when you have a sniper rifle will happily line up like the proverbial ducks! One clever thing though, they imitate the buddy system.

The Buddy system is new, clever, and to begin with, excellent. Just before you are killed, you are given an extra chance; a buddy will come and rescue you. Pulling you from the edge of dead, beating up several baddies and giving you time to recover. At first it's a wow, then slowly it grates, and sometimes, it's just quicker and easier to reload altogether. This is supposed to allow continuous play, but more than often you have to sit back and watch the cut scene, which puts a hamper on continuous play, if only they had allowed an escape button!

On a side note, the first time I saw the AI imitate the buddy save, I was impressed. This means that wounded AI's will be saved, if there is an enemy nearby. So out of respect, I decided to make all shots kill, and didn't leave wounded. What can I say, I am a thoughtful guy! Other than that, the AI has to be a poor attempt of intelligence, and in later levels it only gets harder, because the game will respawn more baddies for you to deal African Justice too.

There is a great variety of Weapons, but with some really stupid restrictions. For example, you can only carry three types of weapons, a Primary, Secondary and Special. But you find out that Assault Rifles, Shotguns, and Sniper Rifles are all primary weapons. You can argue this point with many other games out there. But it seems all the useful ones lie in the primary category, its long range, or close combat, not both. In the end you'll find your weapon set, and stick to it. Also I have trouble with the effective distances of the weapons, in my personal opinion, they are way too far. This point was later proven when I could kill effectively with a silenced pistol at 40 metres. All this adds up to an easy ride.

The mission selection isn't great either. There is Gun Running, APR, UFLL, Assassination, Buddy, and Humanitarian missions. All of these entail the same thing over and over again. But what is really annoying, is that you can only do one mission at a time, and you can only do three before the mission type dries up. APR and UFLL are the two types of "Gangs", each depending on the gun for hire to get rid of the other side for them. Each time it the same thing, kill this evil man from the other gang, Oh and remember this is a secret mission, so our guys will fire on you too!

What annoyed me the most; it seems to be a direct copy of GTA, right down to each grain of its sandbox environment. The story at times just meekly told me to "piss off" because it just couldn't be arsed to shout! The weapons or selection of weapons could be better, and are way too effective. The enemies are way too easy, and only pose a threat when they massively out number you. It got annoyingly clone like, I half expected to run around spraying over a rival gangs tag.

Finally there are the numerous physic bugs, just the little quirky things that happen. None of these are detrimental to game play. But while standing in mikes bar, I always found that my character was being pushed backwards. This puzzled me for ages, until I looked on the floor, and found a rolling beer bottle was pushing me. Literally making me legless?

And yet it is still good fun to play, not anything like what other reviewers are giving it, but still worthy. Also, I must admit it's been hard to put down, and there are some quality moments to be had, but be prepared to have some mixed feelings. But why does this game reek of repackaging? Is that what consumers what these days? Is this a form of plagiarism? I guess you know your over the hill, when a company's 'Target Audience' wants differ from your own.
James


SYSTEM REQUIREMENTS- Taken from Readme File
1.0. Game Activation *PLEASE READ*
The game is protected using an activation-based technology. Online activation is needed to play the game. When launching the game for the first time, you will be prompted to enter your activation code. If you encounter a problem during activation, you can get help via the following web sites:

You can activate the game 5 times per PC on a maximum of 3 computers. However, if you uninstall the game through the uninstallation procedure as documented in 1.1.4., you will recover the previously used activation slot.

For the most up-to-date minimum requirement listings, please visit the FAQ for this game on our support website at http://support.ubi.com.