A decent flight sim that excels in story and mood 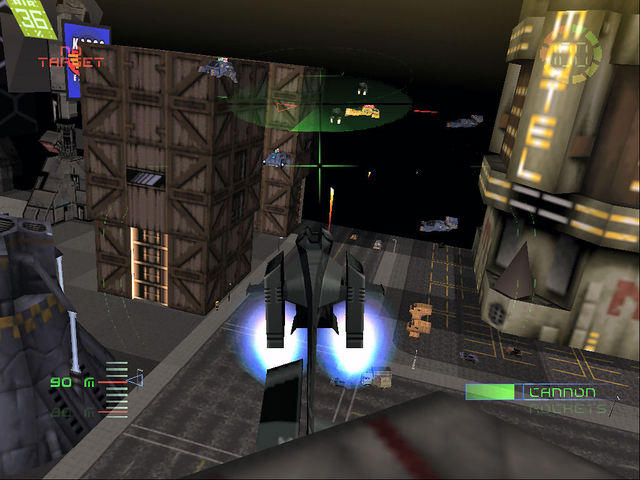 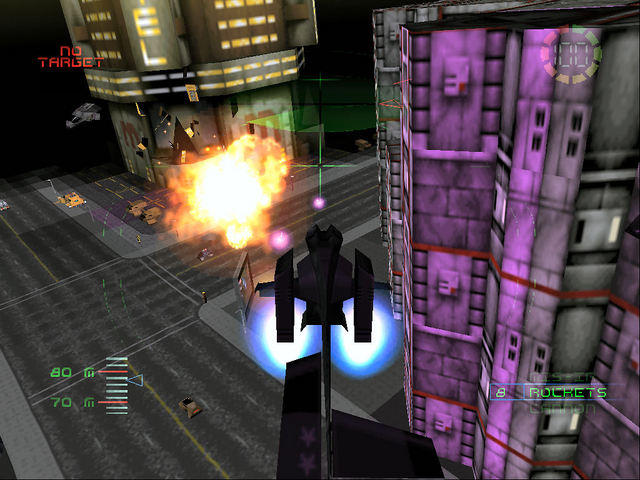 G- Police is a flight-fighter sim at its core, but G-Police excels far beyond the usual fighter-sim due to elements like great story and original aircraft and weapons. If you happen to be one of the people who bought G-Police 2 (a truly horrible game), don't judge the original by its sequel; it is far better.

Graphics: People looking for modern eye candy might be somewhat disappointed, however G Police was quite graphically advanced for its day and it still feels like a complex, realistic game environment. At any given time, there is a significant amount of destructible NPC objects (hover cars etc.) buzzing around you will find yourself soon getting lost in the overall artistic ambiance of the game. The lighting and blast effects are done quite well.

Controls: Most of the crafts you control are some version of a hover-fighter which adds a 'move direct up and down' key to the usual maneuvering directions. This can make the controls can feel a bit complex (hence the 'C' grade under learning curve). But, when you get used to it, the extra maneuvering ability adds a whole new level of strategy to gameplay. Another problem is that controls can feel a bit too sensitive. You will get used to them quickly enough, but there may be some initial frustration. The game has a decent training mission which can be helpful and the early missions seem to take control difficulty in to account; you are not likely to face any serious challenges until you've had a chance to acclimate to everything. Using a joystick will make maneuvering comfortably much quicker.

Gameplay: It's one of the strong points of the game. There are a generous number of missions (30+) with multiple objectives per mission. Objectives vary beyond the usual 'shoot everything that moves' and you'll find yourself having to develop strategies instead of bashing buttons. You'll have a healthy dose of things such as escort, air cover and investigation to work with. But, in addition to varying the type of mission, the difficulty is not constant. In some missions your Viper's twin lasers will gratifyingly decimate everything that opposes you - leaving a trail of smoking rubble. In other missions, you will spend nearly every minute frantically trying to find some cover as you try to take down 3 battle cruisers single handedly while your wingman has been reduced to a black smear on the ground. In some missions you are given a wingman to whom you can give orders; though not as adept as you, their AI is actually useful and reasonably intelligent. It won't ever feel like one of those games where you are tempted to hack your allies to death because their AI is so completely useless that they end up doing you more harm than good. Enemy AI is quite good and will keep you on your toes. Like your suit in the game Halo, your ship's shields regenerate when not taking damage so survival is not just about avoiding damage, but rationing it while trying to deal maximum damage to enemies. All the missions are interwoven with story and gradually unveil a larger plot that you'll actually find yourself caring about because it's full of mysteries and intrigue.

Music / Sounds: The music is nothing to write home about. It supports the mood of the game, but is mostly designed to fade into the background. If you turned it up loud enough, it could even become annoying depending on your musical tastes. It's something of a techno-rock in style. There is a decent amount of voice acting in the game which is pulled off quite well and it helps you get lost in the story more than reading a bunch of text.

Setting Info: Its general, G-Police's setting would be considered Sci-Fi. In the future, the earth's resources are used up and there is a rush to settle the various moons in our solar system and claim their resources. A long war begins, but finally one power emerged victorious and the G-Police (Government Police) is created to keep the peace. Mining cities are built in linked dome habitats on these other moons and planets and you play the role of a new recruit as he tries to learn the ropes and keep the peace in one of these crime ridden dome-complexes.

Compatibility: It runs on Win98-XP. Some people may have to enable compatibility mode under WinXP: install G Police, right click on G Police's desktop shortcut, select properties, select 'compatibility' tab, put a check in 'run this program in compatibility mode for', select 'Windows98 / Windows ME' from the drop down menu, click 'apply', click 'OK'. G Police should then run in '16 Bit Hardware' mode.

The bottom line is G Police delivers a solid and original gameplay experience for anyone who like flight sims or first person shooters; something that few other games can claim these days.
Review Page Hits: 0 today (316 total)
mediahook