Return to Liberty City and see the city in two different worlds as the leader of a biker gang and the assistant of a known gay nightclub owner. Each path takes you on a journey of double crossing, disaster and possible death. 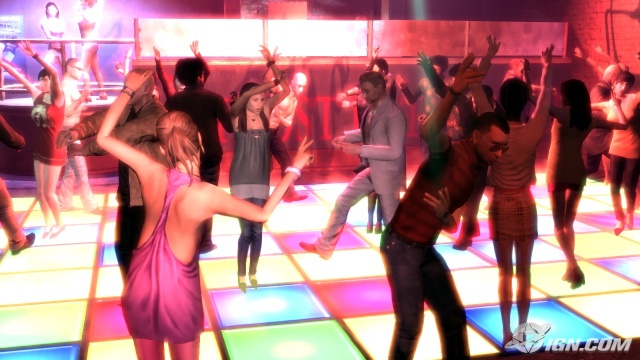 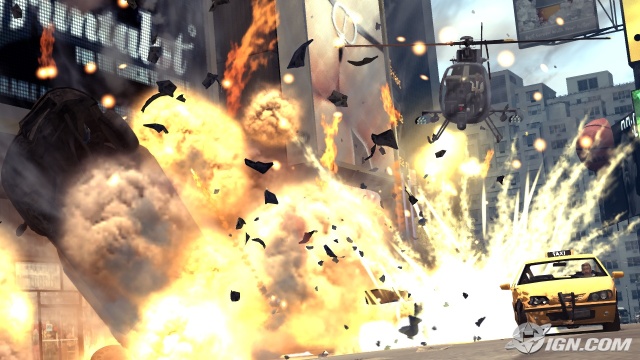 Grand Theft Auto: Episodes From Liberty City is a great add-on to the existing Grand Theft Auto IV game. This game features two games that were previously available for download, The Lost and Damned and The Ballad Of Gay Tony. The great thing about this add-on disc set is that you don't need the original GTAIV disc to play. Each game, although not as long as your standard GTA game, is a full game by itself. Completing the story mode and side jobs will last you just as long, if not longer, than your regular PS3/360 game. Each game on the disc is packed with many missions, side jobs, excellent voice acting, a very expansive and new playlist of music and an open world to explore. The graphics with the game is pretty decent; cars look and feel realistic, the people feel real and the environments are well created as if everything is living in the real world. The player controls still suffer a bit of tank-like controls. There is slight hesitation when trying to make the player run and even when you're running or jumping a fence the controls feel too heavy and slow. As good as the newer GTA games are perhaps it suffers because R* made it too realistic. The explosions and fire from exploding cars and burning buildings show the powerful graphics of the game, you can see a ball of smoke rise and shoot up sparks as pedestrians fall and die with a very realistic feel. That is one of the many things R* gets right. The radio stations offer a great mix of music and is sure to please everyone, the commercials are still very funny and on point as they make fun of mainstream America. Not only is the voice acting superb with the characters but the radio hosts are also professionally done. Listening to the radio in the game makes you feel like you're really driving a car and listening to the radio because it can make you laugh but won't ever distract you from whatever it is that you're doing in the game.

One of the greatest things about this game is that you can play some of the missions that you did in Grand Theft Auto IV but in a different perspective. In certain missions you will play as Luis as the diamond deal goes bad but in TLAD you can play the same mission in the eyes of Johnny. There are a handful of missions like this and each offers a unique take on the mission so it doesn't get boring. Each game entry also offers many references to the other game and GTAIV and also features many of the characters from the other games. Those together definitely offer a very fun style of play to the mix.

The Lost and Damned puts you in the shoes of Johnny and the biker gang that he is a part of. The president, Billy, has a short fuse and quickly starts trouble after being released from rehab. As the main character for the game it is your responsibility to try and keep the peace and make money for the gang but at the same time you must do what Billy says. Once Billy is incarcerated he tries to rat out Johnny and the gang is quickly torn in two. Johnny must defeat Billy and take full control of the gang if he wants to keep the gang from being toppled by the other biker gangs in Liberty City. Besides the story mode there are a lot of other things to do in the city. You can find and shoot 50 seagulls, arm wrestle, play cards, shoot darts, and air hockey. Bowling, drinking, catching a comedy show and eating are some of the other things you can do with your friends in Liberty City. There are 20+ main story missions in the game, most of the time you will be chasing gangs or heading to their compounds to destroy them. Unfortunately the missions in the game become very repetitive and you will quickly become tired of them. The bike races are actually pretty fun to do because you can knock over your competitors with a bat. Unfortunately after a few races these also become boring. The Lost and Damned also feature gang wars, where you can call on your friends to help you eliminate a handful of enemies. These will randomly appear on the map and to trigger them you must be on a bike. Although you must complete a lot of them to get an achievement these offer a variety in the beginning, once you get to the later levels the gang wars also suffer from repetitiveness and toughness. They get a lot tougher as you go into the later levels. One great thing about this game is the ability to call on your buddies to bring you a bike. This comes in very handy when you're stranded with no vehicles around. You can also build a tough meter for Terry and Clay. The more you call upon them the more help they will be and the longer they will last in battle. You can recruit them for almost every mission so it makes beating the game a little more easier for you. They won't, however, do the job for you so you need to pull your own weight when you have backup.

The Ballad Of Gay Tony has you playing as Luis Lopez. You are the assistant to nightclub owner Tony Prince, a drug addict and drunken gay person. While running errands for him you will also watch over his nightclubs and prevent his enemies from killing Tony. Tony doesn't always think with his head straight and causes a lot of trouble for you, fortunately Liberty City is filled with a bunch of weapons and lots of friends to help you out. This game is also packed with over 20 missions, some of which will have you flying helicopters and sinking yachts, driving expensive military vehicles and chasing bad guys. Unlike TLAD this game offers variety in the missions, they aren't as repetitive and many of the missions has you doing different jobs rather than just going to a set location and killing somebody. All of the standard activities are still here, like bowling, eating, drinking, etc. But new additions like base jumping, golfing and dancing at the nightclubs offer fresh air to the series. Drug wars also makes a return, they are much tougher to do in this game though. With all the missions and side jobs available this game will take about 6 to 10 hours to complete, possibly more depending on how many side jobs you decide to do. Overall I think this is the best game out of the two. The seagulls also return to the game, just like TLAD it may not be worth looking for them all because the prize isn't beneficial at all. If R* wanted to make the odd job worth it they should do what they used to do in the original GTA games and offer weapons or some kind of larger incentive to collecting everything.

The online multiplayer returns for both of these games, it's pretty much the same modes that are found in GTAIV. They will offer hours of fun but with a lack of people online and with the extensive ranking system in place you probably won't find yourself playing these games online very much.

I think this game is worth owning, you get two great games, both of which feel like a true GTA experience with a fraction of the price. For any fan of the series or for anyone who just wants to add hours of fun and exploration in a game this game is must own for any game collection.
Review Page Hits: 0 today (252 total)
mediahook