Return to Liberty City with an all new story, new missions and new characters in a more realistic world. Toss in a few collectible items to make the experience worth experiencing over and over again. 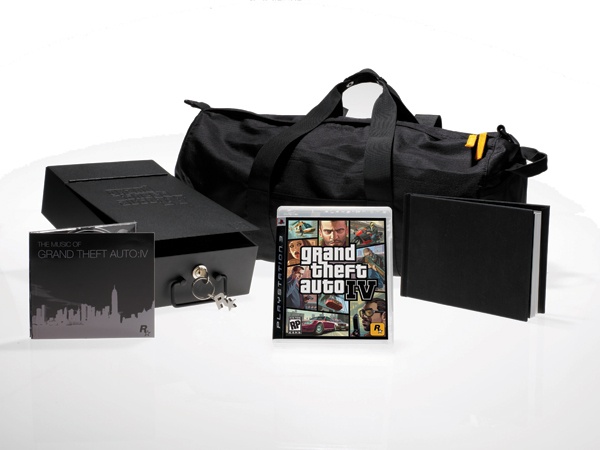 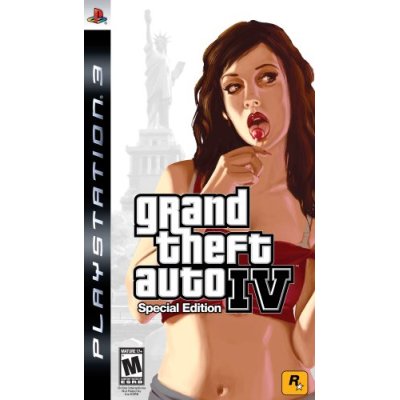 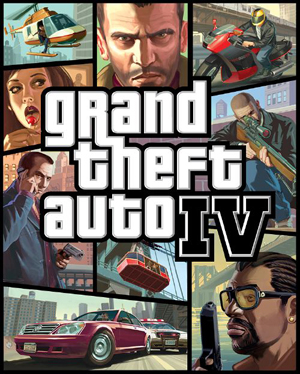 Grand Theft Auto IV is one of the best and biggest games ever created. With sales of over $500 million in it's first week alone it was once the biggest and fastest selling videogame in history, but was later beaten by Call of Duty Modern Warfare 2 a year and a half later. It also sold over 3.7 million units in its first day of release. It is also the highest rated game of all-time for the Xbox 360 and PS3. With numbers like that it's easy to fall in love with this game. Despite GTAIV getting perfect scores by most critics it does have some flaws which I will get into a bit later, but first let's take a look at the good.

The size and detail of Liberty City is amazing, as soon as you step into this world you can see life literally living on its own. Cars will look new or beat up, people will be dressed nice or look homeless, stall vendors will ask if you want to buy food, the city lights bring the town to life after hours and cops will patrol the city on foot, in vehicles and in the air. It is complete with traffic, pollution, toll roads, construction, famous monuments like the Statue of Happiness, and everything else in between. Before you even start the game you will want to explore this open environment and take it all in before you have become a victim of the criminal underworld.

The game starts off with your character, Niko Belic getting off a boat to meet his cousin. Niko has come to America to find the American dream but he soon realizes that the American dream isn't what he imagined. He quickly becomes tangled up with his cousin in a life of debt, crime and drugs. Unlike previous games Niko isn't trying to avenge something or trying to take over the world, he's just trying to stay out of trouble but his cousin brings him into the world of chaos. For most of the game you are pretty much an errand boy, doing odd jobs for criminals in exchange for some information. In between you meet new people, girlfriends and random people on the streets. You can interact with them and either help them out by driving them places or taking them out on dates. The cool new feature with the girlfriends is that if you keep them happy they offer special services, some of which come in handy during the game. And you also have the ability to keep certain friends in the game. Keep them happy by taking them out to eat, going bowling and doing other activities and their services will also come in handy. Your friends can deliver guns to you, offer you backup, bombs helicopter rides and free cab services.

There are many dozens of missions to do throughout your stay in Liberty City and countless other side missions to do, like selling drugs, delivering and racing cars, killing pigeons and of course, completing unique stunt jumps. Like in previous GTA games completing each mission offers an incentive and goes towards 100% completion of the game. Some missions have small tweaks to them, for example, the vigilante missions. The new way to do these is to jack a police car and search the database. It'll bring up random crimes and you can track down the criminals and kill them for the reward. It will also bring up the most wanted criminals, find those bad guys and kill their entourage but make sure you bring some heavy fire power or else you're guaranteed to end up in the hospital. It's definitely an exciting way to breathe new life into the series.

The game is full of action and the missions will keep you playing for a very long time. If you just do the main story missions it'll take you between 20 and 30 hours to complete. Of course if you decide to do the side missions the game will offer many more hours of replay value. The weapons never fail to impress either. Visit the local arms dealer or call your friend Little Jacob to have the best guns available at your disposal. The aiming system is a breeze, however, just like other GTA games it can cause some headaches. If you're standing too close to an enemy the gun will not fire, Niko will just stand there and take shots from the enemy. You have to stand back and begin firing but by the time you react to that your character has already lost much of his health. This has been an issue with all the previous games but seems to have gotten worse with this installment.

Another good thing about the game is that you can now make decisions in your gameplay, for example, you can decide to let certain people live or die or you can decide if you want peace or payback. The game has two alternate endings depending on your choices so choose wisely when you encounter them. Unlike many of the previous games there aren't really any insanely difficult missions to deal with. As long as you come to each mission with weapons and armor you have a fighting chance and won't have to rely on luck as much as in previous installments. Another good thing about this game is the return of the quick travel system. If you die or get busted your cell phone will ask if you want to do the mission again, respond yes to save you a lot of time.

Another great addition to the game is the online multiplayer. It offers 14 customizable game modes and has 10 ranks that you can earn by collecting money. You can chat with friends and invite them to your games using your cell phone. The online feature offers more replay value and another exciting reason to want to pick this game up.

The soundtrack is also top notch. Although it is much larger than the other GTA game soundtracks the song selection won't blow you away as in previous titles. It offers 19 radio stations with around 215 songs from artists all over the world. The game also features television shows that can be accessed from your television set in your house or apartment. Complete internet access is also something that can be accessed from coffee shops or home.

The only main setback to the game is the heavy feeling when walking or running and driving the cars. It isn't that much of a problem but the controls feel to 'heavy' compared to most games out there. I think R* made too much of an effort to make the game realistic and the tank-like controls reflect on that. Although the game is much larger than the previous games, the graphics are amazing and the game has more gameplay and interiors in it, but bigger does not always mean it's better. To some this may be the best game in the series but to others they will still argue that Vice City, San Andreas or GTA III is the best in the series, and rightfully so.

But other than that this game is worth every penny and I'd highly recommend purchasing this game because it has very high replay value and is a must have for any videogame collection.

The collectors edition game also comes complete with a lockbox (not plastic, this is a very sturdy, hard lock box) with key, keychain, duffle bag, cd soundtrack and artbook. The Playstation 3 version comes with a lady character (who happens to be in the police database) on the cardboard box, which is definately a nice collector's item.
Review Page Hits: 0 today (297 total)
mediahook