85 songs on eight discs offer a wide variety of music from the late 1980's to early 1990's. Each disc provides in-game commercials. 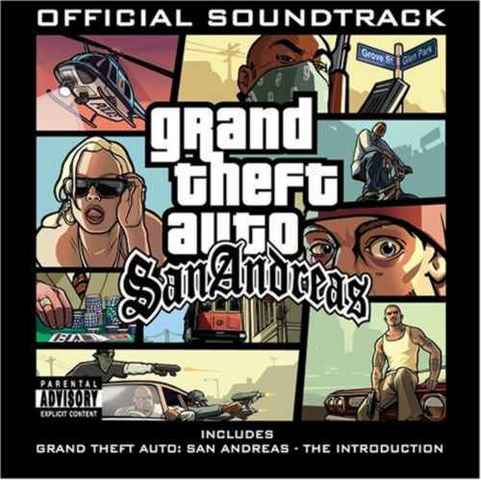 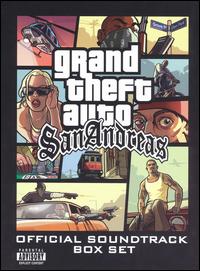 The Grand Theft Auto San Andreas is one of the biggest and best soundtracks made for a videogame. The soundtrack includes about 85 songs packed into an eight CD box set and ranges from late 1980's to early 1990's music. There are a couple of CDs that have oldies and classic rock songs but the main selection of the songs in the box set range from rap to older dance music. Basically it is to match the California setting of the early 1990's because that's when San Andreas takes place.

The radio stations included on the discs are: Playback FM, Radio Los Santos, Master Sounds 98.3, K-Rose, CSR 103.9, Bounce FM, K-Jah, K-DST and Radio X. Whether you want to listen to some classic rock, classic hip-hop or country this box set has something for everyone. It also includes rare groove, new jack swing, funk, reggae, and modern rock music. With so many different styles of music you are guaranteed to find some selections that suit your style.

Many of the songs on the discs are well known songs, which were all over the radio during their respective time but some of the songs aren't really worth listening to and will make you want to flip to the next one. Some of the best from this soundtrack are Rebel Without A Pause, I Don't Give A F**k, How I Could Just Kill A Man, Green Onions, MotownPhilly, Hollywood Swingin', You Dropped A Bomb On Me, Let It Whip, My Lovin' (Never Gonne Get It), Barracuda, Young Turks, Two Tickets To Paradise, Free Bird, A Horse With No Name, Killing In The Name, Mother, Cult Of Personality, Been caught Stealing, Hey Good Lookin', All My Ex's Live In Texas, I Love A Rainy Night and Crazy, along with a few dozen other tunes.

Another great benefit to this box set is the inclusion of some in-game commercials. Soothing Cough, Midlife Crises Center and the San Andreas Telephone are many of the random commercials that are put at the end of each disc. It is definitely worth having when you need that little laugh once in a while. The artwork and packaging for the box set is very stylish as well, it looks great in any music collection.

Overall this is a great soundtrack, it has music to suit your needs no matter what you like and the artwork and packaging is great. It is a must for any music collector or any GTA fan. I would highly recommend this box set.
Review Page Hits: 0 today (377 total)
mediahook