Building off the commercial success of Halo 3, ODST is more of an add-on than a standalone game. Unfortunately, most of the new content is pretty weak. 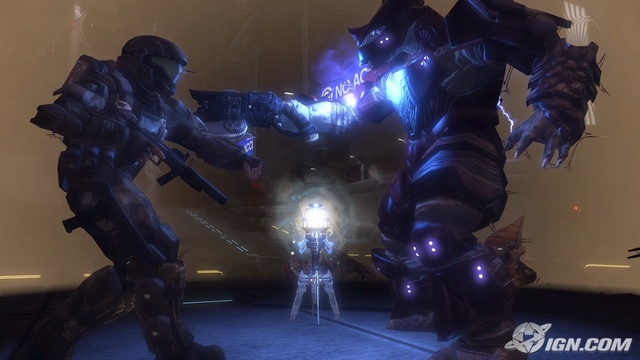 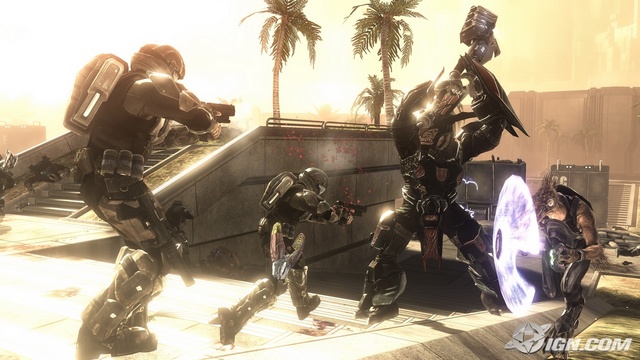 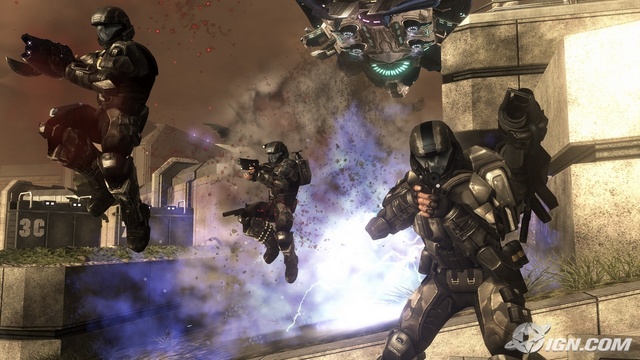 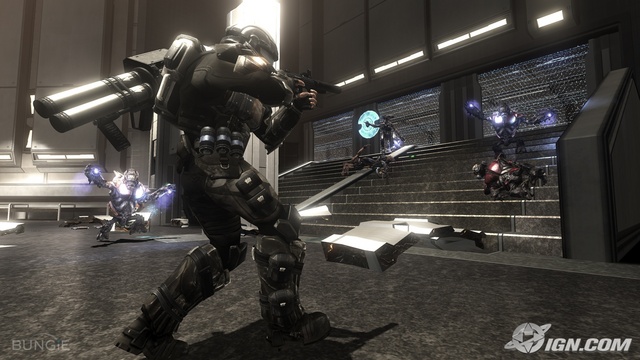 Halo 3 was a huge commercial success a few years ago. I suppose Bungie decided they could make a few extra bucks off of the already wildly popular game, so they created Halo 3: ODST. But what exactly is ODST? And what role in the Halo lineage does it play?

ODST is, in my opinion, best described as an expansion to Halo 3. It takes the Halo universe, Halo 3 engine and multiplayer, and adds a spin-off story (which has nothing to do with the characters from the main story) and a co-op survival mode. One of my friends bought ODST and was kind enough to let me borrow it for a few days.

The graphics in ODST are identical to Halo 3's, neither of which are particularly sharp. But what ODST really has going against it is that the game is extremely dark and dull. I don't want to ruin anything for you and there are a few missions with lots of character, but the majority of the game takes place at night with very little light while you wander around identically designed, bland environments. As with Halo 3 though there are no frame rate drops, no glitches, tears, etc. The audio is middle of the road in terms of quality, although Bungie did hire some good voice talent for the main characters.

The campaign does not play well, lacking the Master Chief super soldier and adopting a new human player with no real back story, and throwing you into the middle of a boring world isn't exactly starting you off on the right foot. There are a few cool moments in the game, but unfortunately they are few and far between. I had to force myself to finish the game, all the while hoping that it would get better as I played on. It never did.

Firefight is a neat concept; party up with some friends or go solo and survive waves of enemies. This mode seems to be more and more popular with newer shooter titles, ever since Gears of War 2 debuted Horde mode. Once again, boring environments plague the game mode. I only played Firefight twice, both times by myself. Why? Because Bungie decided that they didn't want you to be able to search and find people to party up with for Firefight. Instead, you must play with people on your friends list. Unfortunately, none of my friends play ODST, which left me solo. I find that to be a tremendous oversight.

In the end, ODST's campaign and Firefight modes just aren't strong enough to stand on their own feet. The only way I would recommend buying this game is, as stated above, if you want to play Halo 3's multiplayer but have not purchased any of the DLC packs. Then just the price of the DLC on its own justifies the price of the full game. Unfortunately for the majority of Halo fans this isn't going to be the case.
Review Page Hits: 0 today (552 total)
mediahook