While not much has changed since the series original, Halo 3 stands on it's own two feet to deliver a decent single player and stellar multiplayer experience...IF it's your cup of tea. 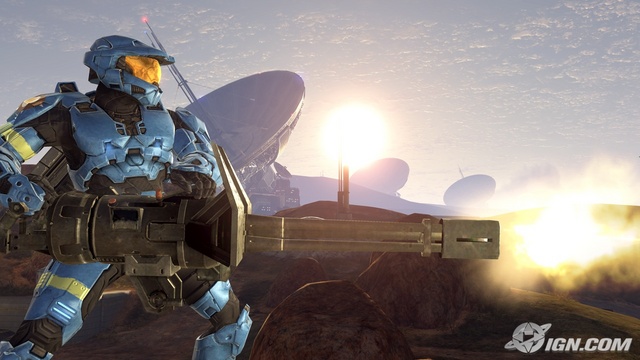 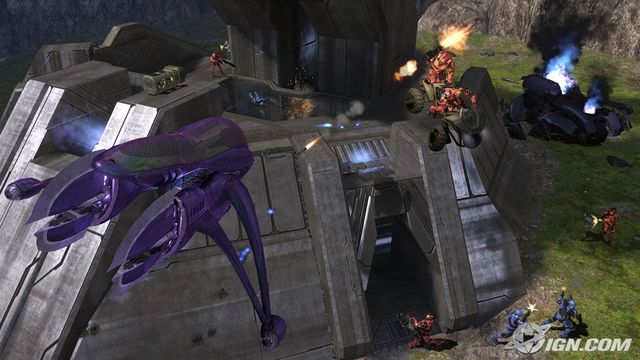 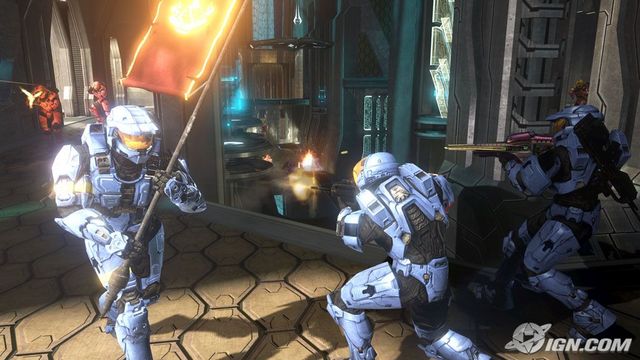 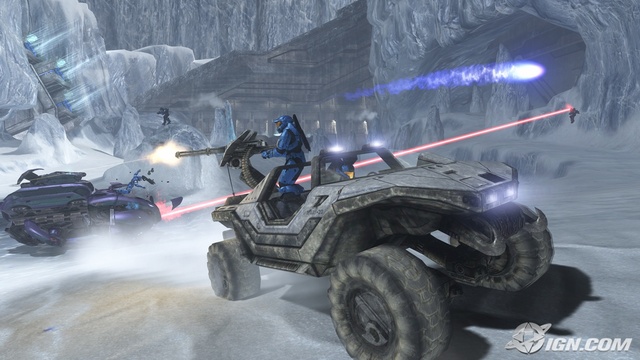 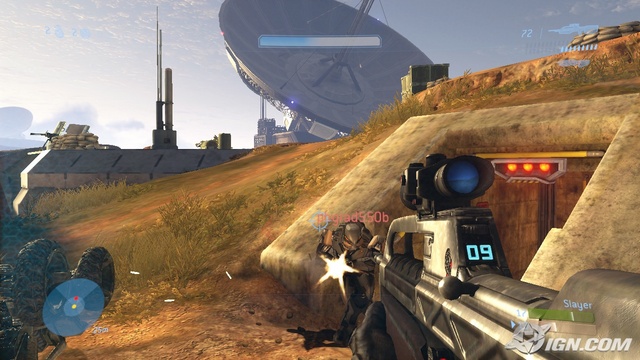 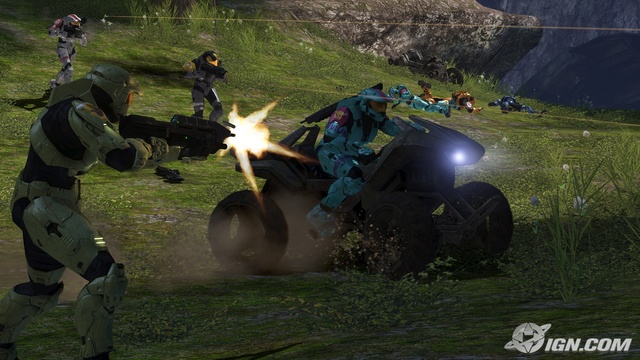 I will be the first to admit that I am not a fan of the Halo series. I never have been, so many things about it irk me. Weak weapons (50 bullets to kill an enemy), odd tactics (bunny hopping), gameplay that encourages smack talking, a very bland story and characters... the list goes on and on. Typically I'll be the first to say that it's a stupid game and it's overhyped (which it is), but it becomes all too easy for we Halo haters to forget that a lot of good has come from the series.

Without Halo we would be without a few industry standards:
-Regenerating health
-Well-integrated vehicular combat
-Personal radar
-The ability to hold a limited number of weapons at a time
-One button grenade throwing
-Solid multiplayer lobbies
-Melee attacking as a staple of your arsenal

I mean let's face it, Halo was the first truly excellent (in function at least) multi-console multiplayer game. So does Halo 3 live up to the level of its predecessors?

The answer is yes, if it's your cup of tea. Unfortunately for me it's not my cup of tea, but I try to look at it as unbiased as possible.

Let's start off with how it runs...the simple answer is rock solid. I do not think I've ever seen Halo 3 full of cheaters or glitchers, the servers are never down, and everything is just exquisitely designed and fluid. Graphically the game won't be winning any awards; even for its three-year-old release they weren't exactly popping off the screen. But Bungie did a good job of making everything fit the theme.

The audio track is alright at best, and the action sound effects are middle of the road in quality. You probably won't feel the need to crank up your volume, but it won't detract from the game.

As for gameplay? Well, it's Halo, and this is where it's a love-it-or-hate-it relationship. Those of the Halo "fanbois", as they are so lovingly called, will point out how balanced everything is. The weapons all have their respective purposes and will play to various gamer's preferences, the vehicles fit in well, the maps are well designed, everything fits together. On the flip side, though, there are a lot of things that irk me about it (see above).

The single player campaign is a decent length but the story is pretty stale by this point. Covenant, Flood, all the same enemies you've come to expect deploying the same tactics they've been using since the original game. The environments aren't anything new, etc. The best part is the 4 player co-op allowing you and your friends to tackle the game as a team. This makes Legendary difficulty quite easy.

As with most big budget shooters nowadays though you'll play the campaign maybe once or twice; the majority of your time will be spent on multiplayer.

As with previous Halo iterations the multiplayer experience is, as stated, solid. I don't find it particularly fun but it accomplishes its goal of balanced gameplay and stable architecture. The multiplayer lobbies give you time to gather friends in your party, check previous scores, chat, vote to skip maps, etc. It's very well laid out. The maps come in a variety of sizes and layouts. A few definitely stand out as my favorite maps: the small Guardian and the gigantic SandTrap.

There are plenty of game types (too many probably) but they are varied enough to keep things entertaining. Team tactics will need to be employed for capture the flag and other objective modes, but with others it's not so important. I think my favorite overall is multi-team which pits four two-man teams against each other in a deathmatch setting.

A few of the issues you'll run into are largely based on how the game is played by others. There are tons of young kids who like to wail over their microphones. Lots of people will bunny hop around the game shooting down at people, some weapons feel underpowered (assault rifle), others are dominating (rocket launcher). You'll find the whole gambit of tactics employed in the game.

Overall while it's still a game I love to hate, I do think it does a lot of things very well. It is fun to play with your friends every once in a while, and Bungie delivered another experience that Halo fans will love. Is it perfect? No. Is it for everyone? No. Will a lot of people love it? Absolutely.
Review Page Hits: 0 today (137 total)
mediahook