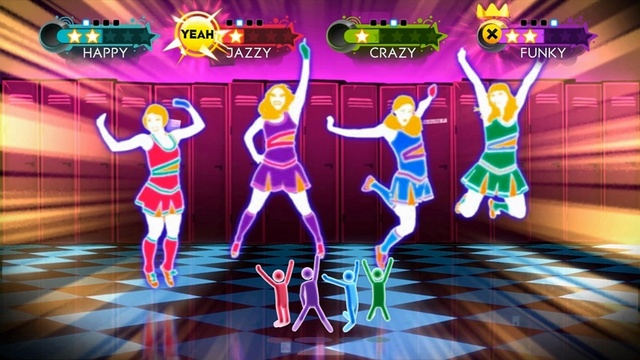 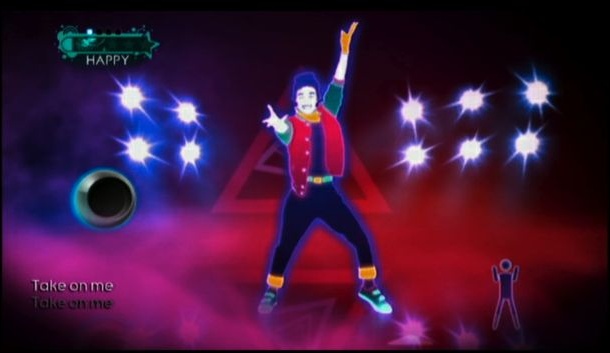 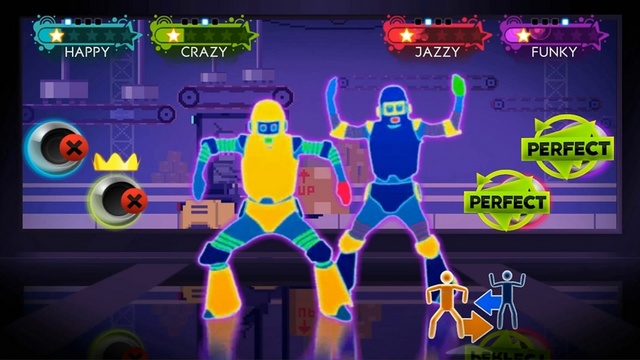 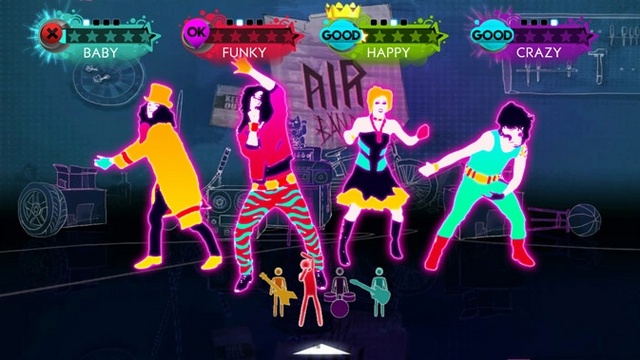 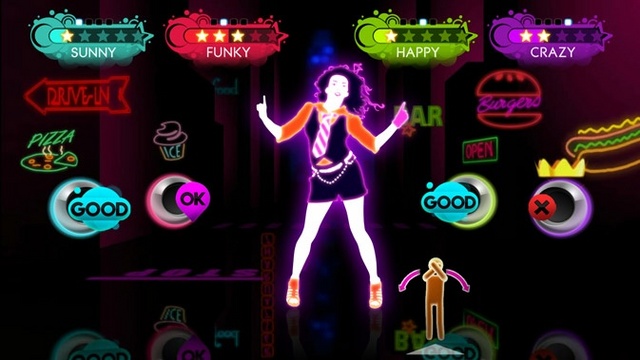 Music is one of those things that is universal. No matter what culture, no matter what language, we can all understand music and in particular, dance. Now, dance games aren't anything new. We've seen them in the past with Konami's Dance Dance Revolution and its dance pad. However, the genre was taken to absolute new heights with the advent of the Wii and Ubisoft's Just Dance series. Something of a sibling to Harmonix's Dance Central franchise, Just Dance is now on its third mainline installment. It is worth getting off the couch and moving one's hips to?

Just Dance 3 sports 40+ brand-new songs from such artists like Katy Perry, a-ha, Cee Lo Green, Gwen Stefani, KISS, The Black Eyed Peas, and many more. If you somehow exhaust your supply of fun, you can download (for a price) new tracks to an SD card via the Wii Shop Channel. Each song, whether downloaded or already on disc, has its own set of neon-lit visuals and a differently dressed avatar for you to dance with and generally unsuccessfully mimic. Some songs like KISS's I Was Made for Lovin' You has the ability for up to four players to portray different dancers in the piece. One acts as a singer, another acts as if they were wailing on a guitar, and so forth. There's something amusing about getting up with a group and dancing in sync with one another-- even if the game doesn't always follow your movements, but more on that later. Things get especially heated as you compete against one another while trying to all look like a well-choreographed machine.

To score big in Just Dance 3 you must mirror the on screen actions of the avatar in a timely fashion. The bottom of the screen cycles through the poses you will have to perform, so you always know what is coming. Nonetheless, the symbols and figures shown there are mostly confusing with arrows pointing every which way. Enacting a dance maneuver at the same time as the dancer on screen means a Perfect rating, giving you more points. If you are just off, you get a Good rating while doing the movement a bit late will net you an OK rating. Failing to perform the right move or being off totally scores zero points. Sometimes within the various songs you will be given special warning of a Gold Move forthcoming. Do the move shown at the right time and you will receive a bounty of bonus points.

Continuing to do well (aka scoring multiple Good and Perfect ratings in a row) turns on On Fire mode. As you are set ablaze so to speak, every correct dance move you successfully complete earns you even more points than usual. Failing a move extinguishes being On Fire.

Now all of this sounds just fine and dandy on paper. However, the actual execution of dancing with the Wii remote is less than spectacular. In fact, it quite frankly sucks. Most of the time you are just waggling in a vain effort to get the game to register your movements. Even when you think you nailed a maneuver the game will tell you you failed it or-- even worse-- not even make any mention of your movement as if you didn't even do anything when you no full and well you did. This makes the entire game pointless to someone who takes playing Just Dance 3-- or any video game for that matter-- seriously. For a casual player who just wants to see pretty pictures pass by as they dance, this probably won't be much of a problem.

After the conclusion of each song, you are scored by how many points you earned and how well you did (or how well the game registered your movements). You can gain up to five stars, so if you are a masochist you can try to score five stars on every song in the game plus the downloadable tracks. All stars get added to your Mojo gauge. Each time this gauge fills you get a prize in the form of choreographed dances and new modes. The more players that dance with you, the more stars you are able to earn. Dance party, anyone?

Speaking of other modes, there's such options like Medleys where you play through excerpts of various songs, Mash-Ups where you dance through a series of selected songs without pause, and Simon Says where you must perform certain actions like spinning around and shaking the Wii remote when the game prompts you to. Then there's Just Sweat that acts like a novelty at best and a bargain bin workout program at worst.

Just Dance 3 is an immensely colorful game. The presentation is absolutely superb. It's just a shame the actual gameplay does not hold a candle to the vibrant neon colors filling the numerous dance routines. The actual animations of the faceless avatars you must mirror look exceptional, and the music in the game sounds sensational, though some of the songs aren't the original versions but covers such as Earth, Wind, and Fire's Boogie Wonderland, for instance.

Just Dance 3 is a supremely disappointing dance game. When it works, it is a joy, but considering that is only 10% of the time, that really isn't all that reliable. There is far more frustration than fun for those who want to aim for high scores. As a casual party game, however, there is a lot to be had here for get-togethers and what have you. It's a great title to pull out for parties with friends, but as a solo experience it is quite terrible. The Wii remote without MotionPlus is simply not capable of reading all the necessary movements required for Just Dance 3 to be enjoyable. As it stands in dance terms, Ubisoft's latest entry in their popular party series has two left feet and constantly steps on other dancers. Steer clear.
Review Page Hits: 0 today (100 total)
mediahook