Kingdom Under Fire: Circle of Doom is still a great game in the classic series, but die-hard fans might find the lack of strategy in favor of all-out slashing too much of a change to enjoy. 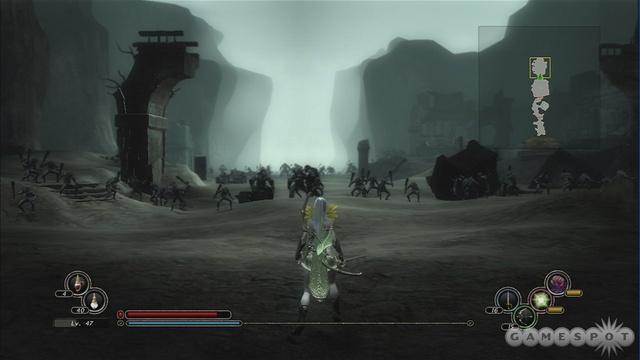 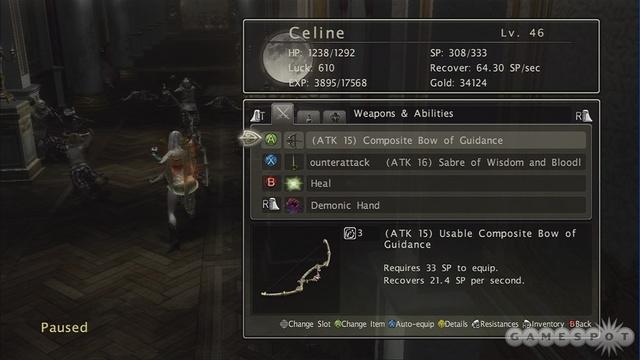 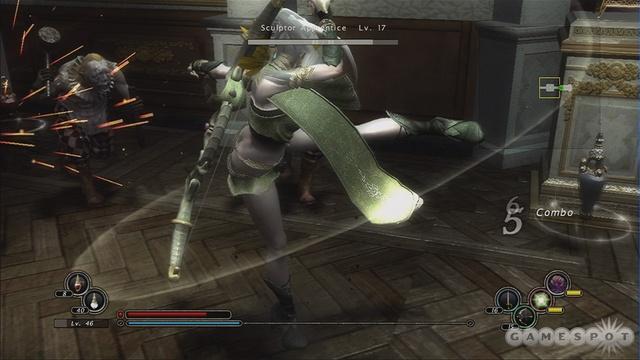 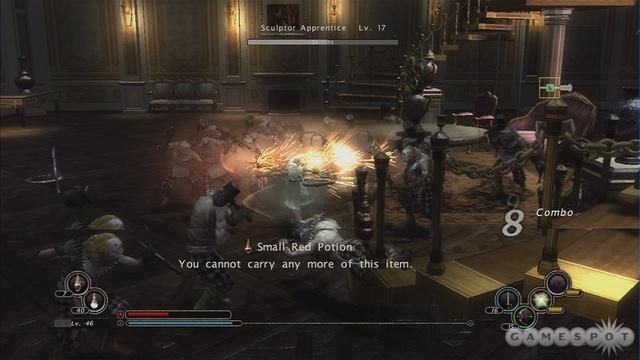 The Kingdom Under Fire series has had a strong foundation on the original Xbox, and with such enthralling games that allowed you to piece your army together and become the mastermind in an epic war, ambitions were high for Circle of Doom. While the game tells a truly riveting story, the combat seems to have gotten dumbed down into nothing more but a brainless mash fest. Newcomers will love the game for what it is, nonstop action, but fans will seem short-changed at the supreme change Circle of Doom has withstood in the series.

Circle of Doom replaces its notable strategic gameplay with a more fast-paced hack-and-slash foray similar to the Dynasty Warriors series. Like Dynasty Warriors, Circle of Doom's action is exciting at first, but quickly dwindles into nothing more but repetitive skull-bashing and sword fighting. But what Circle of Doom lacks in action, it makes up for in presentation. The story itself is quite engaging, focusing on the never-ending battle between Nible, the Lord of Light, and Encablosa, the Lord of Darkness fighting over rights to rule the world. Since both cannot accept terms to their otherwise useless agreement, war breaks out in the land of Bersia and thus, Circle of Doom commences.

Series vets will recognize a few familiar faces to control during the course of the game. Five stars return to offer unique individual paths and story-arches specifically for each one. Players will get the chance to control Duane, Leinhart, Celine, Kendal, and Regnier as they each use their own skills to sway the tide of the war. The single player campaign mode is a hearty adventure packed with seamless amounts of action and dialogue. Going through one character's entire portion took nearly ten hours to complete, so imagine the time needed in order to accomplish all five portions. While all of the characters have similar goals and the story never really changes for each person, you get different weapons for playing through each character's story, which allows both the chance to fully understand the history of the war as well as each person's intentions.

The game will progress through a series of different worlds which serve as your own battlefield for engaging in combat. Many of the worlds look strikingly similar to one another and feel like a lazy attempt to make the scale of the game feel larger than it actually is. To help break up the monotony of fighting in dull terrains, characters will spend time in the Dream World which can be accessed by interacting with an idol sanctuary. It is here that players can learn more of their chosen hero's past or pick up new missions that will earn them new skills and items. While the concept itself is interesting, many of the side missions are nothing more than simple 'Point A to Point B' affairs, head to a destination, defeat an evil-doer, and then reap the benefits. The more experience you gain however allow you to unlock special attacks which blankets the screen in color and usually send foes crashing to the ground almost instantly. It's an immense payoff for an otherwise useless side quest.

The combat is what makes Circle of Doom so benign and boring. There is no skill necessary in order to defeat any enemies and the usefulness of skills is highly unnecessary considering mashing down on the attack button is just as useful a tactic for completion. There is the occasional strategic approach to battles, such as staying back and actually aiming long-ranged weapons at enemies, but it's much easier and faster, not to mention more effective, to just run directly at the front lines and start swinging away. Your allied friends will fight alongside you in battle, but their dim-wittiness can only go so far, and you will constantly groan as they rush into groups of enemies alone or simply just stop fighting all together.

There are a few things that make Circle of Doom appealing to the masses. The visuals are quite superb for a game of this caliber, and every enemy looks distinct and different from one another. The main stars all glamour in the spotlight, and the Xbox 360 truly pushes its power to the limit, showing off impressive facial emotions and subtle features such as clothing that sways when you run and nifty little particle effects when special attacks are performed. It's a shame the worlds all look so boring and uninspired in an otherwise visually stunning game. The music is also very well designed, offering a unique blend of medieval sounds and mythological lore. Swords clamor when struck, people scream when in pain, and the voice acting during the story segments is some of the best yet.

The multiplayer actually makes the repetitiveness of the combat a little bit more engaging if you play online. Over Xbox Live you can hook up with three other players to engage in four-person co-op where you can utilize all of your powers together to complete the story or other objectives. Playing with other humans makes things noticeable easier to manage since they actually use all of their brain power (for the most part). Plus the ability to utilize some sense of strategy between one another in a full on-scale war is a fun, and interesting move in the right direction for the series.

Kingdom Under Fire: Circle of Doom is still a great game in the classic series, but die-hard fans might find the lack of strategy in favor of all-out slashing too much of a change to enjoy. While the visuals and story offer some truly exciting moments, the change in how battles are performed leave more to be desired and hopefully developer Blueside can deliver the perfect blend for the next installment.
Review Page Hits: 1 today (71 total)
mediahook