With its innovative battle system, amazing cast of characters, and suspenseful storyline, Kingdom Hearts II is the forerunner for Game of the Year in 2006. 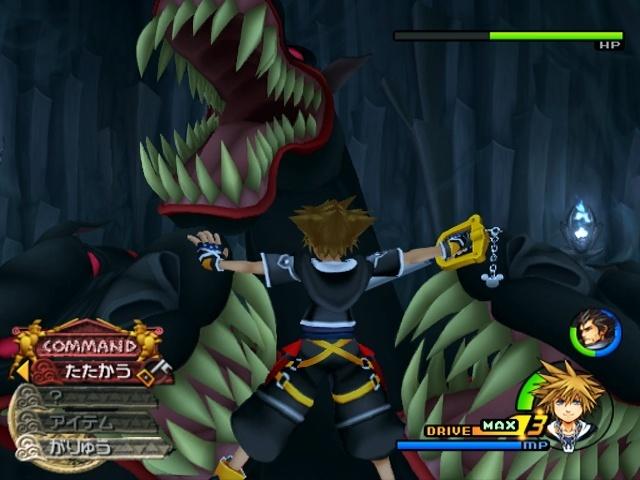 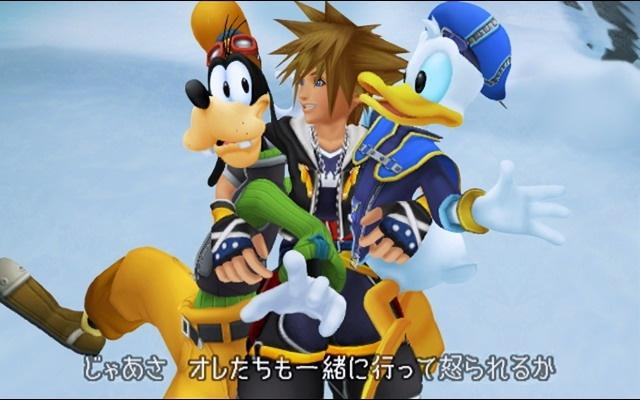 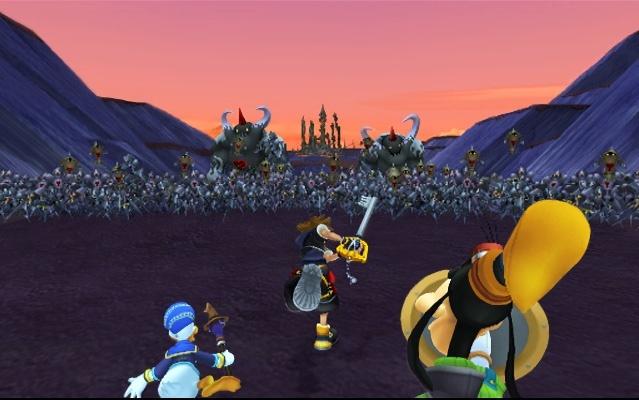 The original Kingdom Hearts game brought together two of the most unlikely pairs into gaming, with the loveable Disney characters and the emo-centric Final Fantasy stars joined together in one massive game, Kingdom Hearts quickly gained a huge following.

The sequel looked to take the original Kingdom Hearts formula, increase the number of locales and playable characters, enhance the combat system, and make the series an overall better experience for fans. Kingdom Hearts II continues the story that was left off in the GBA game, Chain of Memories, in which Sora entered a new place called Twilight Town, a mysterious location brimming with lost thoughts and tons of heartless. The game ended with Sora being locked away inside a sort of hibernation chamber, trying to regain his lost memories and find his former friends, Kairi and Riku. However, for the first five or so hours in Kingdom Hearts II, players will control a brand new character named Roxas, who unknowingly, has ties into Sora's life, as well as the world of Kingdom Hearts. While the story at this point in the game may seem irrelevant, it plays out as sort of a tutorial, readying the player for the new control scheme and combat structure.

In Kingdom Hearts II, players are battling two enemies throughout the course of the game. While the evil Maleficent returns (you will see how in the game), and is constantly trying to control the heartless, a group clothed in black hoods and gowns, who dubbed themselves the Organization XIII, are also Sora, the one who can help control Kingdom Hearts. The mystery behind their identities is revealed during the course of the game, and Kingdom Hearts II does a good job of delving into their pasts, all the while keeping the sole attention of Sora and the search to find his lost friends.

The combat was basic as it came in the original Kingdom Hearts, with players using the X button for a slash attack, and than using the shape buttons to issue magic commands. While the sequel follows the same formula, it also enhances the combat in exciting new ways. One of these new additions is called the Reaction Command, which is essentially just an exciting new acrobatics show that can be used whenever the Triangle button is flashed on screen during battle. The most exciting aspect about the Reaction Command is that every new move is different for the enemies, so if one enemy has you using the Reaction button to slide under their legs and issue a counterattack on their back, a giant dragon boss will see you hopping under its belly, and swinging on top of its head to issue a killer blow. These Reaction Commands can also be used in the environment, sometimes triggering hidden places and secrets.

Another new addition to the combat is double team and Drives. Your AI partners now have more inclusion in battles this time around, and when certain incidents arise, you can activate double team moves which will unleash critical damage to the enemy. These moves usually can only be used once every three turns as it depletes magic fast, so using them requires skill and focus. Drive forms work almost similarly to the double team moves, except that once activated; only Sora can fight on screen. With the loss of two partners, Sora gains the control to become an increasingly powerful player. There are 4 different types of Drives in the game, two of which are unlocked in the story, and the last one determined by how you play the game. The different drives will allow you either to engage a better defense or offense, for example, one Drive allows you to wield two keyblades and move much faster, while one Drive form lets you shoot projectiles from afar.

Part of the fun of the new Kingdom Hearts game is the assortment of Disney worlds you will get to traverse this time around. While some of the first game's favorites made it into the mix (The Nightmare Before Christmas world is still the best), some new classics such as Beauty and the Beast's Castle and Simba's Pride Lands from the Lion King add a new branch of mixture to the game, as Sora fights on all fours in that world, changing how things look and play during combat.

Similar to the first game, Kingdom Hearts II has a home-world, this time occupied by Hollow Bastion, which players might remember as the first game's final world. In this world, you will find your basic shops, weapon crafters, and characters who will talk to you whenever the event arises. Unfortunately enough, some of the worlds tend to lack flair and excitement deprived from Disney films. The Mulan world is very repetitive and never really looks at all magical as should be with Ancient Chinese folklore, and the Little Mermaid world has now become a mind-numbing sing-along which thankfully can be avoided all together. However, you must engage in the three-plus hours of boredom if you want the ultimate weapon or secret endings. Talk about harsh punishment.

But some new worlds make up for the lack of wonder in those specific levels. The Old Tyme Mickey world, which is based off Mickey Mouse's first appearance on --screen, features some of the best level design in any game played. All of your party members feature a 1930's look, as well as fight in a complete black and white world. You can even hear the sound of a running projector in the background, and the occasional slide changes and bells and whistles. This type of comedy and attention to detail helps make Kingdom Hearts II a delight for players of all ages.

Probably the biggest turn-on for many gamers is the wide assortment of Final Fantasy characters that are featured in the game, and some can even join your party this time too. Whatever the case, it's always fun to see how Donald and Goofy can work together with the likes of Cloud and Leon to stop the heartless from destroying their worlds. Probably one of the best moments in the game occurs when everyone in Hollow Bastion teams up to battle heartless that have entered the town. Fighting back to back with Cloud Strife and Mickey Mouse is such an exhilarating experience, and it leads to some phenomenal ending sequences.

Kingdom Hearts II delivers an engaging ride through the worlds of Final Fantasy and Disney, and creates a worthy sequel to the series. With its innovative battle system, amazing cast of characters, and suspenseful storyline, Kingdom Hearts II is the forerunner for Game of the Year in 2006.
Review Page Hits: 0 today (150 total)
mediahook