A true Kirby game no fan should be without. 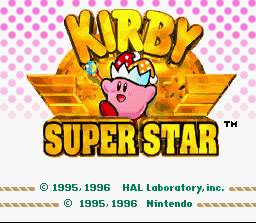 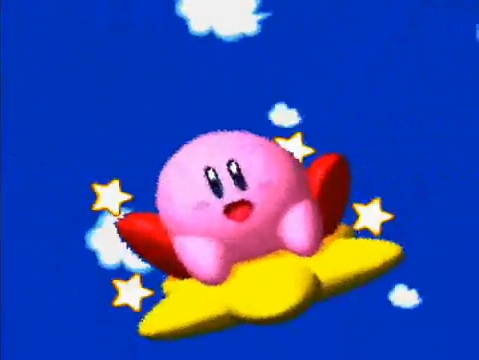 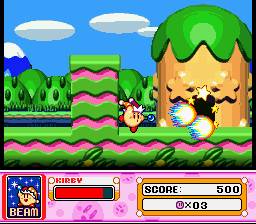 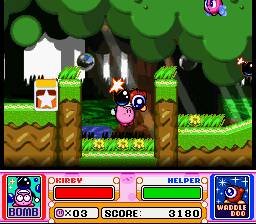 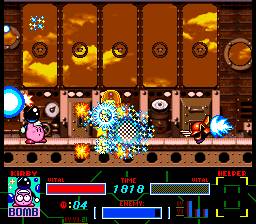 There are games that are considered "the best" in a particular series. Such examples are Ocarina of Time for the Zelda series, Final Fantasy VII for the Final Fantasy series, and Bomberman 64 for the Bomberman series. Another prime example is Kirby Super Star for the Kirby series. Also known as Kirby's Fun Pak to the Europeans and Hoshi no Kirby Super Deluxe to the Japanese, this game is the greatest Kirby game of all time, and for a very good reason.

This Kirby game is not one big adventure, but rather a series of smaller games that more or less follow the same pattern of gameplay. Each game has a different story and objective for Kirby to go through, with tutorials at the beginning of the games to guide you and show you what to do. Regardless, the main object of the game is go from A to B without dying. The gameplay is taken from Kirby's Adventure and taken up two steps: You walk, run, swim, hover, ride on a Warpstar, inhale, exhale, and copy your enemies! The best part is that when you copy an ability, you not only get a hat, but you also get multiple and cool techniques that literally clean house! When the dust settles, you'll wonder if you're actually playing a Kirby game. It'll take too many hits or one big hit to make you lose your ability, and THAT is a huge plus! You can also create a Helper which serves as Player 2 or a CPU player, and what ability you have will predetermine what Helper you'll get. There's only two flaws in this game: First, Kirby's companions aren't very bright and can die easily, and to make matters worse, creating one is the only way to get rid of an ability. Second, the game may be a little too easy for hardcore gamers, but the gameplay is so good that most hardcores won't care. On the bright side, there's even a fun, if brief, shmup scene.

The graphics are very good for its day, although the GBA and DS Kirby games makes this area a little dated. That doesn't stop the appeal of the characters though; every sprite, although not the best in the world, has been taken into great consideration, and some levels and bosses are very impressive! If you really look hard enough, you'll find the explosions to be very funny, and the enemies are stupid enough to get themselves killed. The results are hilarious!

The music is almost as good as an SNES RPG game! It's so good that it took a special SFX chip just to get it all in. Because of the chip, no SNES Famiclone can play this game. Nevertheless this type of quality should've been the standard for future 2D Kirby games. Only Kirby 64 can come even close to the quality that has been put into this game. Nintendo and HAL should be ASHAMED of themselves to trade this type of music for mediocre "wah-wah" music that has persistently plagued recent Kirby games. They just don't make good soundtracks like this anymore!

The appeal, the gameplay, the music, and the characters are more than enough to convince even the worst skeptic to buy this game. Future Kirby games should have built up from this game, but instead, they ended up shoving in the mouths of gamers and fans alike mediocre gameplay and substandard music that guarantees the games a quick trip to the bargain bin. Ironically, the GBA and DS games have gotten praise from some of the most prominent reviewers in the video game world. Only Kirby 64 and Kirby's Dream Land 3 can come close to the quality that Kirby Super Star possesses, and gamers must remember the blood, sweat, and tears that has been made to create such a masterpiece as this. This game will stand the test of time and shine as a true gem, making its rightful place as "the best of the series."