A beautiful game. A+ in every way. Taking every part of the PSP to the very limit. 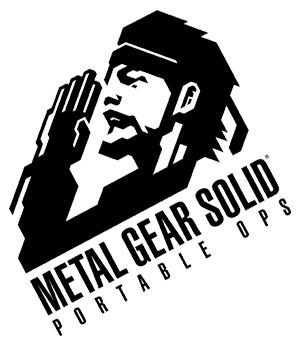 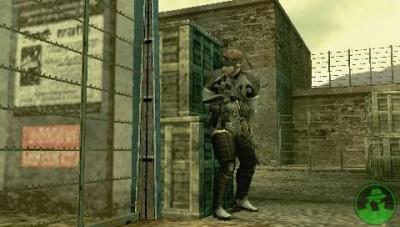 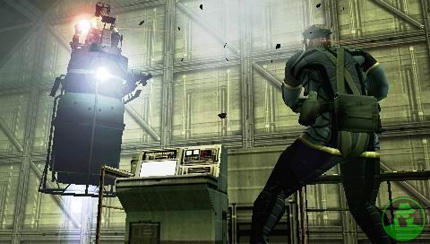 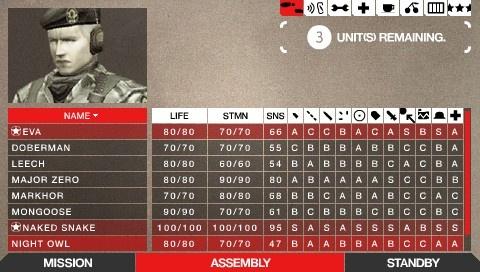 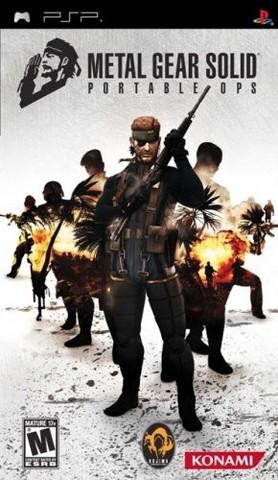 This game brings out the best the PSP can offer. I'm not joking.
Even though I own this game, I'm still blown away every time I play it.
But I'll save all this for the ratings. Now on to the description.


Metal Gear Solid Portable Ops is basically what the name says: a Metal Gear Solid for the Playstation Portable. It's a little different though, partially because it shares some aspects with Metal Gear Ac!d 1 and 2.

The game is broken up into missions instead of huge levels with multiple things to do, like in MGS2, or one big jungle like in MGS3. There are a lot of small levels and you have to do missions in each to progress the game. Most of the time you just have to get to the destination point or find a certain item. This is how the objectives play out. But like I said, it's a different game than the other Metal Gear Solids.

The reason being is that you don't have to go through the whole game alone. You actually RECRUIT soldiers! That's what splits this game into two categories, stealth and strategy.

Thankfully, the strategy part isn't all that hard. But nevertheless, you have to do some strategic thinking in some situations. You have to use your team to progress the story in some cases. But maybe I should explain what you can do with the team first.

Your "team" can do a lot of things actually. You can put them in your party and have them go with you on a mission, so if you get killed, one of your teammates takes over. You have to go one-at-a-time though. The others hide in boxes, but you can switch to another team member if you have a hiding place nearby.

Your other teams (units) include the Spy unit, which scouts the area you assign them in order to find valuable items or intel, which advance's Portable Ops' story.
The Tech unit researches and develops new items and weapons, and the Medic unit, has skilled medics, which increase your rate of recovery in between missions. There are also places where you keep prisoners (people you have captured but they haven't joined your team yet) and a place to view all of the stats of your team.

That pretty much covers all of the basics of the game, now for the review.


Graphics 5/5
You'll thank Sony for the four-inch LCD screen on the PSP. The explosions are AMAZING. You have to see them to believe them. I mean, the whole screen shakes, there is a flurry of fire, everyone runs. It brings a tear to my eye. The other graphics are very nice too. The team, Snake and all of the guards and NPCs are just as they would be in any console version. Oh, so sweet.

Sound 5/5
Even with the low speaker output, the game delivers things you would expect to hear in both an espionage game, and a Metal Gear Solid game. Quiet, slightly eerie music plays when sneaking, loud sounds and frantic yelling when you get found (God forbid). The nice sounds of bullets and gunfire, and the soothing sound of people getting hit with a hailfire of tranquilizer darts (helps your score in the game, as they tally up kills at the end, like in MGS3). Due to the lack of memory on a UMD, there aren't FULL voice-overs, but the cutscenes have them, just like any other game. According to the box, it's voiced by the MGS3 team (as, the game, in the timeline, is not far from the timeline in MGS3). So all-in-all, superb sound-effects and music that truly delivers the feel of a stealth game and does not dissapoint die-hard Metal Gear fans!

Gameplay 5/5
I would give this game a 6/5 if I could, but I'll leave it with a 5/5.
This is where the money lies here, in the game and story itself. I've already described the gameplay, so I'll get on the story. The cutscenes play out just like a comic book would, but with sounds and voice-overs. But don't judge that, judge the actual story. The Metal Gear Series has held the record for having some of the best storylines in a game and this game retains that title. I'm not going to lie here. The story itself, and the ending, made me cry. Since the game has things to do with the Army, etc. they keep it pretty patroitic, in my opinion. Like I said, the timeline is similar to that of MGS3, but that's because it follows the EVENTS of MGS3. That said, it helps to have played and beaten MGS3 to help understand the storyline, but in any case, it has the best storyline, next to MGS3 itself, in my opinion.

Replay value 5/5
The game itself varies in completion times. I beat the game in about 13 hours, but it may vary for other people because of a few things. First, I took the time to gather men for my team. Second, I restarted missions a lot so I wouldn't lose my team and have to take MORE time to let them recover. Also, the game has a few different difficulty settings and I chose easy to begin with, because the game was different from other MGS games. There are a few more things that affect the completion time, such as your aim, your stealth, and so on. But as any MGS game, after you beat it, you can start over and keep the things you beat the game with. So if you beat the game with 50 men in your team, you keep those 50 men. Same for weapons. I have heard that you can get certain bonuses if you did certain things in the game and beat it with those things, but you should find that out for yourself!

All-in-all, this is my favorite game for the PSP (I said MY so nobody would get mad at me, as I'm only stating an opinon) and a darn good Metal Gear game. I wouldn't feel right giving it anything lower than perfect ratings. That said, I hope all who play it like it.