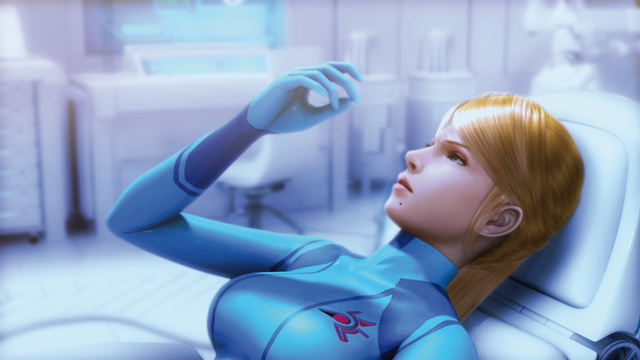 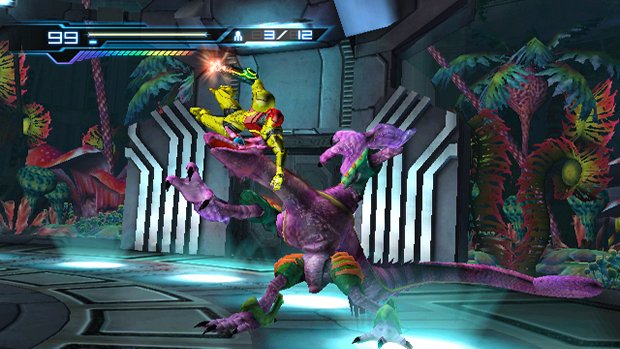 *This review may contain Spoilers for Metroid:Other M*


Metroid:Other M takes place in between Super Metroid and Metroid Fusion. This is a defining game in the series as it is here to basically gives us part of Samus's background story. While it does achieve this on most levels, it would have been nice to see some more of the Chozo (There wasn't a single one in the game!).

Fans of other entries in the Metroid series may or may not like what we have here, a third person (usually on rails in a 2.5 plane) game with the added first person mode. Overall I would say it is one of the better looking Wii games to date. The cut scene's are gorgeous and while the dialogue sometimes feels contrived overall it works.

I personally have gotten use to playing the game but really could have done without the first person mode. All too often it feels clunky because you are forced to stand still and can only look around while in first person mode. Once you find something you can shoot you will be able to fire. While in third person mode (the majority of the game) you move like you would expect Samus to move. Speed boost, morph ball, and her general controls all work pretty well. If there is a sequel to Other M on the Wii I hope they would ditch the 1st person mode (I know they are trying to cater to the Prime fans but it just does not work).

There are some familiar tunes in this game that will take you back to the days of Super Metroid, however they are used sparingly. I would have personally liked to of heard a bit more on the music front. All your standard sound effects are here, from dropping bombs to doors opening, all standard fare for a Metroid game.

Before I close this thing out I just want to say it seems a bit absurd that Samus would not use all her latent abilities from the get go, instead she chooses to get authorization from her former CO Adam Malkavich (of Metroid Fusion fame... the computer Samus gets orders from I mean gets hints from).

All in all I was happy to play and beat this game, you will find familiar "characters" here as well. A true sequel to Metroid Fusion on the Wii or new DS will be fun. Let's just hope Samus either sticks to third person, first person, or my favorite 2D. Thanks for reading!