NBA 2K3 plays more like a real basketball game than NBA Live but it's not without its flaws. If you like simulation-style basketball and can ignore some of the problems this game has, then this game is for you. 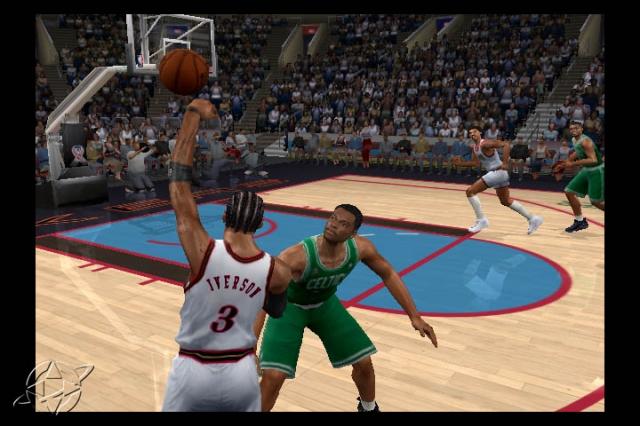 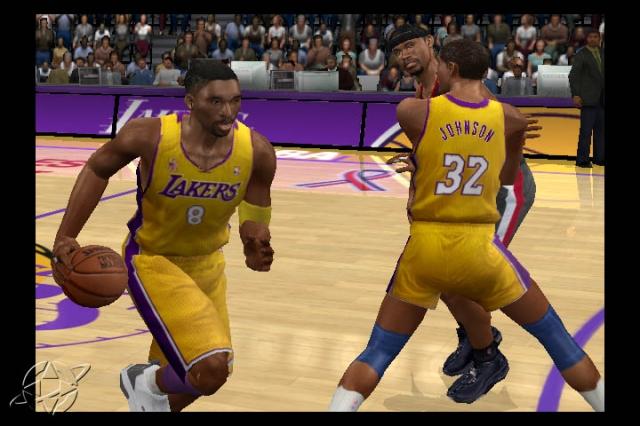 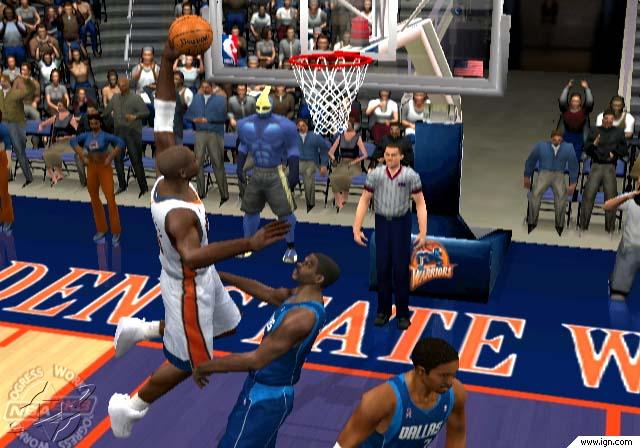 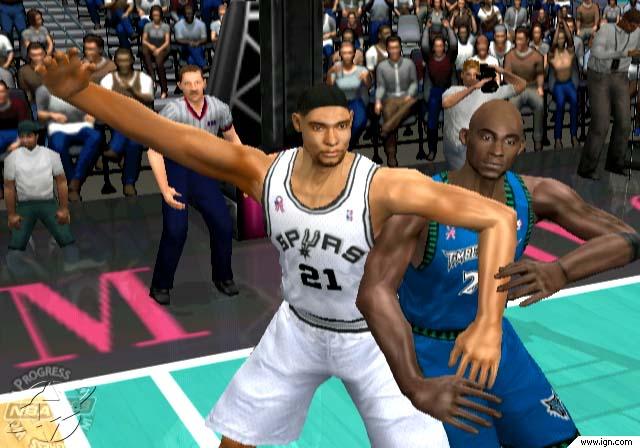 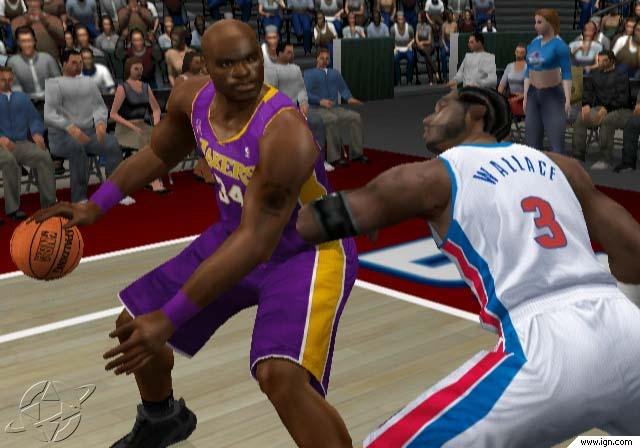 NBA 2K3 is a very good game in many aspects, but as with all games, it has its share of flaws. Lets move on to the positives first.

First of all, this game has great graphics. Everything in the game looks good. The crowd is really well done and looks better than most other basketball games made for the GameCube. The game developers did a nice job paying attentions to small graphical details. On the court you will see the benches with players cheering when your team makes a basket. There are even cheerleaders, camera men, and team mascots on the sideline. The details on the court are really top notch and can't be found in many other basketball games. You will even see some of the players do their routines at the free throw line, and some players have their own celebrations after making a basket. It's really cool. Players even "sweat" in the game. They will become shinier in the latter part of a game. Most of the players in the game look really close to their real-life counterparts.

The game is not very strong in the sound department. It lacks variety. The announcers will become very repetitive after a while. The music on menu screens is not like NBA Live and can be boring also. Another problem is that the audio in this game is compressed and sounds really tiny. You will have to crank up the volume more than usual to hear it. The good thing about the sound in this game is the player announcer. The way he says the players' names is really cool.

For an old game, this game has a lot of options. You have the usual modes in a basketball game here, such as exhibition match called Quick Play, Season Play, Playoffs, Tournament, Franchise, and Street mode. Season play means that you will play the 2002-2003 NBA season and try to win the NBA Championship. Playoffs will simulate the season and the top 16 teams will make the playoffs. You choose one of those teams and try to win the trophy. Tournament allows you to set up a tournament bracket and play against friends to see who can win it all. Franchise is the main mode in this game. You will be able to take your team through multiple seasons to try to win as many titles as you can. You can do lots of things in Franchise such as trade, sign players, draft rookies, hire/fire coaches, etc. The last mode, Street, is a really cool mode. It plays a lot like basketball is played at many parks around the country. There are less rules, and players will be able to show off their moves and dunk on their opponent's face. Besides the gameplay modes, there's a Create a Team and Create a Player mode. In Create a Team mode you can name a team to your liking and draft players for your team. You have a variety of team logos to choose from. With this created team, you can take it to Franchise mode and compete against the existing NBA teams. Very cool. Create a Player, like in other basketball games, allow you to create a player and set his appearance and attributes.

Overall, NBA 2K3 is a solid take at simulating the game of basketball. It may be old now but the gameplay is solid and for those who grow tired of NBA Live basketball games, this game is a really nice alternative. The Street mode is an added extra that will make playing against friends a blast. NBA 2K3 has excellent gameplay and the presentation is better than most other basketball games on the GameCube.
Review Page Hits: 0 today (1,073 total)
mediahook