This second installment of the Neverwinter Nights RPG's delighted in some ways, but in my opinion it was not any better than the first game. 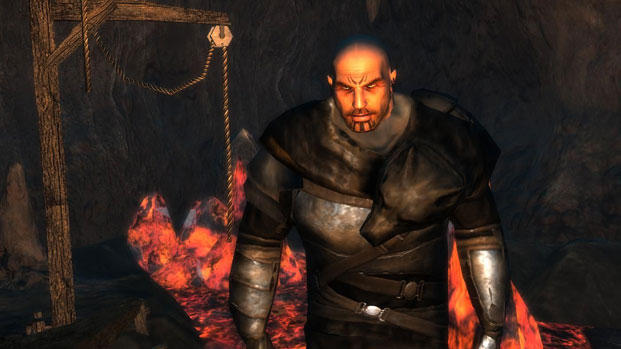 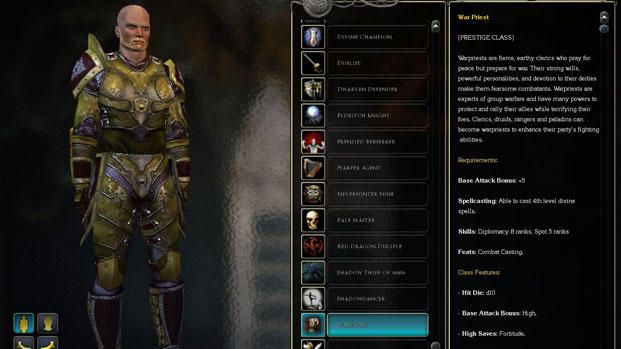 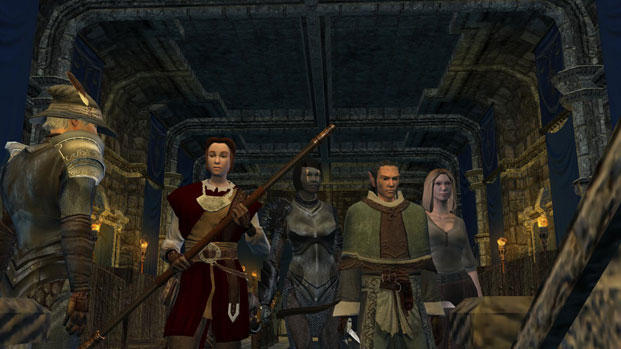 First of all, I would like to say that regardless of the score I gave this game, I am still a fan of the Neverwinter Nights games.
I suppose in some way I was expecting NWN 2 to be a better game than the original NWN, and maybe that was my fault to expect such a thing from game developers these days.

There were some obvious improvements upon the first game, and I am yet to play the expansions that are out for NWN 2, so who knows, maybe I will be more impressed with them.

This time your foe is an evil bad-ass known as the King of Shadows, and he has every intention of turning Neverwinter and any other city he encounters into a pile of rubble. So once again, you and your party of loyal companions are called upon to save the lands of Faerun from impending doom.

I enjoyed playing this game, but I feel there were some areas that could have used some tweaking. Let's look at these points first, and then I will address the positive points.

Short game: The game only consisted of three Acts, as they were called. I know there are a couple of expansions already out, but I believe the initial game should be somewhat longer.

Camera hard to control: This was probably one of my most aggravating problems with this game. The camera control was done with the mouse, moving it back and forth, and moving the pointer to the edge of the screen to pan. The wheel (if you have one), could be used to zoom in and out upon your party members. The problem with this, was that most of the time the action went further than what I wanted, meaning that the pan usually kept on going past were I wanted to stop, and I could never seem to get the zoom to stop. It would keep zooming in or out on it's own. Now I know that within the options menu there are controls for mouse sensitivity that you can adjust, but I did that, and it did not seem to help.

Ending: This particular problem is not just an opinion from me, because if you check out any of the game forums online, most people on there will be complaining about this as well. Without giving away exactly how the game ends, I will just say that it does not end how most RPG's do, and this maybe why so many die hard RPG players have such a problem with it.

Now the positives about the gameplay mechanics.

New Prestige Classes: This game has expanded upon the concept of prestige classes that was first introduced in the Shadows of Undrentide expansion for the first game. Some of the new prestige classes include: Eldritch Knight, Neverwinter Nine, Shadow Thief of Amn, and Duelist. It's always nice to have more options within character development.

New Races: This game also expanded upon the number races to choose from. Some of the new races include: Sun Elf, Drow, and Svirfneblin.

Expanded Party Size: This game has expanded upon the size of your adventuring party, or the number of companions you are allowed to have. This number has been getting larger as the Neverwinter Nights games have progressed, and now this newest game expands it even further to the classic 4-member party. It's always nice to have more friends when dealing with demons and such.

Epic Storyline: As always, the Neverwinter Nights games seem to excel in this area. The story behind this game was exciting and kept your attention, without going over-board and taking away from other elements of the game. As before, you also had sub-plots going on with your companions that were fun to follow up on.

Challenging Combat: When it comes to combat in an RPG, I have always been one to want somewhat of a challenge, but not so over-powering to the point that I get disgusted and loose interest in playing. I am happy to say that NWN 2 had combat situations that were enough of a challenge to keep me on my toes, yet not seem over-whelming.

Sronghold Concept: I saved the best for last. This was probably my most favorite thing about the entire game. I have played other RPG's that had the concept of maintaining your own stronghold, or just having a place to call your own "turf", but I think this game took that concept even further, and added a whole other layer to it. In this game, you not only get a castle or a few buildings, but you get control of an entire village, complete with merchant shops, smithy shops, a church, farms, and of course a central castle. You also get your own personal sergeants that can be sent out on missions, while you are engaged in the main quest, and the really nice thing about this, is that you still get the spoils of these missions, which can include gold or very nice equipment. And of course you get first dibs on equipment being sold at the merchant shops. The best analogy that I can think of to describe this part of the game, is that it felt like I was playing a SimCity game within an RPG game. I was in charge of this large village, and I had to give orders to get things built and send people off on their individual jobs, and how you managed the keep (village), directly determined how well the villagers would respond to you. This is the most extensive stronghold concept I have seen to-date in any game, and I hope to see more in future RPG's.


Graphics
I know 3D graphics have been incorporated into games for quite some time now, but I personally have just been able to enjoy this, because of just recently getting a newer and upgraded computer. And I am "loving" it.
The 3D graphics in this game are just amazing, absolutely breathtaking. Everything is richly detailed, the cities, the outlying areas, the characters, and much more. I did have to track down an updated driver for my graphics card, but once I did that, and downloaded it, the game worked fine.


Learning Curve
This part of the game was dealt with in an acceptable manner. The very first part of the game was basically your tutorial mission, and it also worked into the main plot. There was also plenty of pop-up help menus and guides to answer any questions you might have along the way, and of course these hints could be switched off at any time if you start to get annoyed with them.


Sound
The sounds in this game were excellent. Lots of ambient sounds and unique character voices.
The background music, although typical for an RPG, was still well put together.
The movie cut scenes had sub-titles as well as dialogue, and I am sure there was some way of setting the sub-titles off, but I didn't bother.


Replay Value
Although I did have a few issues with this game, I would probably still play it again.
I think ALL rpg's have some degree of replayabillity to them. If for nothing else, the simple fact that there is usually so much too explore, and with so many different character types to choose from, you can create a different character each time you play, and have a whole new experience with the game. Playing as a different kind of character is how I would approach my journey back into NWN 2.
Review Page Hits: 0 today (59 total)
mediahook