Very impressive, a serious threat to Sony PSP. Nintendo proves they will not go down without a fight! 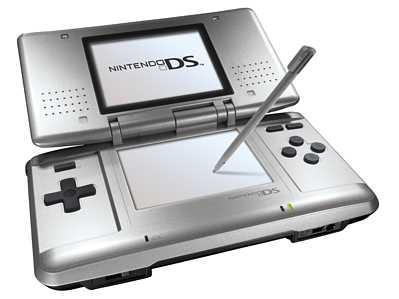 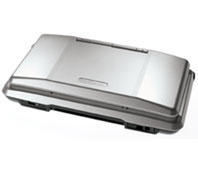 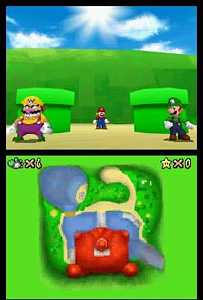 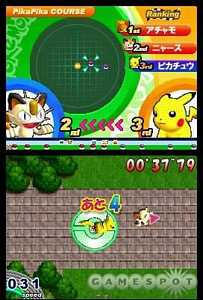 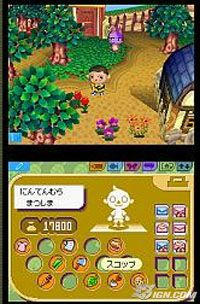 Wow. The first next-generation handheld! How exciting! The Nintendo DS definitely impresses the crowd, and is already selling well worldwide.

Basically, this is a hardware review for the Nintendo Dual-Screen Portable System, so I'll break down the features and technical capabilities.

Touched! - This seems to be the feature Nintendo is most currently concentrating on. It's a nice, NICE feature to have and can potentially add a ton of gameplay uniqueness to games such as WarioWare as well as other well-known Nintendo games. The touch screen responds extremely well to the stylus, and is a great feature to have on the DS.

Double the Vision! - Dual-Screen Portable System. Seems like they would concentrate on this the most. However, it seems that one of them is used for a map or something else extremely simple. Game developers will eventually learn to take advantage of this nice feature. I am particularly looking forward to status screens for role-playing games.

You BLOW! - Another feature built into this handheld is a microphone. Though specifics on how it will be utilized remain unknown. Some games are already making use of this feature such as "Feel the Magic: XY/XX" and "WarioWare: Touched!" It's a nice feature and could add some craziness to gameplay.

Wireless?! - The DS gets rid of one of the minor frustrations of Gameboy systems: the link cable. You will not have to hook up your handheld with another to do anything. It seems as if developers are taking advantage of this. There are built-in features such as Pictochat and even a GREAT single-cartridge multiplayer option. It's a very good feature.

COLORFUL! - It appears that Nintendo DS' graphics power is equivalent to Nintendo 64 (if not a little better). Although, I do have one minor complaint about the DS, the way developers utilize the graphics. Don't get me wrong, Super Mario 64 DS and other titles looks REALLY nice. I just wish more developers took advantage of DS's graphical capabilities (Castlevania DS, Yoshi's Touch&Go for example). Other than that, it's really swell.

Music to my ears!! - One thing I am SUPER impressed by is the DS's rich, wonderful sound capabilities. Gameboy Advance games sound better; DS games sound great; and the quality is very good. I love it.

Need power? - Surprisingly, DS can last about as long as Gameboy Advance SP, battery-wise. I would have expected a lot less. But, Nintendo pulled out all they had and gave me what I had hoped for.

Still clinging to your Gameboy Advance? - Worry not, folks. DS plays GBA games (but not Gameboy Color/GB games). The sound is a lot better, as is the lighting. But, the button layout seems a bit more vertical and makes the gameplay feel somewhat awkward at times. The blank second screen can be distracting as well. You get to choose which the GBA games play on.

Looks aren't everything! - DS is a bit, how do you say, ugly. Though it is a vast improvement over the E3 model, it still is a bit bulky, heavy, and a pain to carry around. It does have some nice features on it such as a holster for the stylus, and a place for the thumb-strap. Colors may turn off some people too because the back is black, and the front is platinum. I am glad they decided to stick with the Gameboy Advance SP-esque clam-closing design.

The BIG Finale! - Overall, DS doesn't look as good as PSP graphically, or have the nice media features. But, it does have its own unique capabilities to bring out the power of Nintendo's franchises, as well as other well-known names. DS has a ton of potential and a lot of backup. It's all up to Nintendo now, and how well Sony pulls it off. I am definitely going to pick up Sony Playstation Portable (and review it after a while). However, if I had to predict one of the handhelds to win the new war, my money goes on the Nintendo DS.

Pick one up once a game comes out for it that interests you.