The GBA of the future! 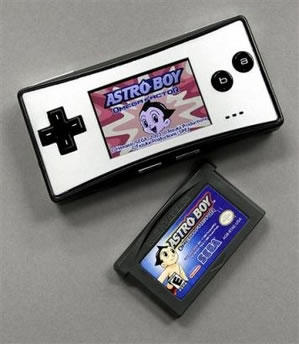 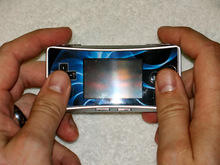 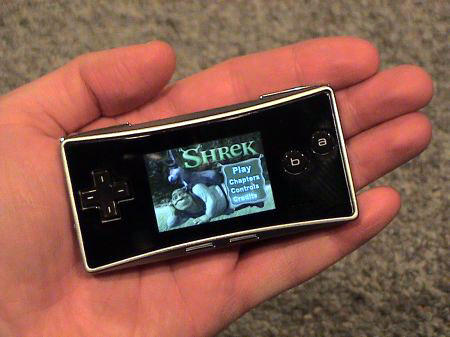 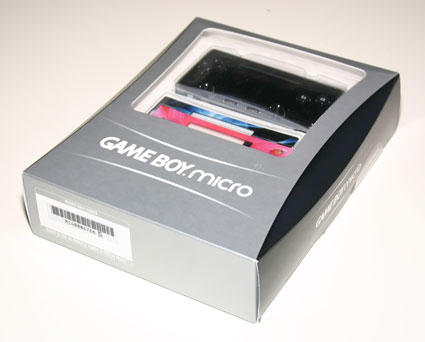 After reading about the GameBoy Micro online, I decided to give one a try. The idea of a GameBoy roughly the size of an iPod Nano really sparked my interest. I purchased one and I really enjoy it so far. It has a variety of features that make it the best redesign of the GameBoy Advance to date. This probably means it will be the best overall, since Nintendo probably will focus its handheld attention to the DS from here on out.

The GameBoy Micro is, as stated before, the size of an iPod Nano. This size makes the system perfect for carrying in your pocket. I can carry it around with me all day long and it doesn't feel much different from having a cell phone or MP3 player in your pocket. The size makes it hard to hold on to some times, but I haven't encountered too many problems with this.

The GameBoy Micro comes with a rechargeable battery, so you don't have to waste your money buying standard batteries. The battery boasts a good battery life and should last for about 500 recharges, so you won't have to worry about buying a new one soon. It takes less time to charge than the battery of a GameBoy Advance SP, which means that you don't have to wait as long to get back into a game.

The GameBoy Micro has a brighter screen than the GameBoy Advance SP does. The brightness can be adjusted to whatever settings work best for you or for the lighting situation. This comes in handy if you are playing it during the day or if you just want to save battery life. The battery lasts longer than that of a GameBoy Advance SP, so you can use the system at its full brightness for a long time.

Also included with the GameBoy Micro is a carrying pouch. This really helps you keep things together when you're on the go. You can also buy an upgraded pouch for the system, but the one that comes with it works fine. It's soft, so that you can protect your screen cover from scratches when you are not using the system.

The GameBoy Micro produces the same graphics quality that the GameBoy Advance and GameBoy Advance SP did, but these graphics are displayed on a screen that is slightly smaller. Don't let this fool you though - the screen of the Micro is incredibly sharp and produces a better appearance than any other Gameboy Advance system to date. Colors pop, outlines are crisp, and even text can be easily read which is quite an accomplishment for such a small screen.

The GameBoy Micro's speakers are my main complaint. The speakers barely produce enough volume to hear the game that you're playing. Also, due to the compact size, sometimes I found my normal hand placement covering the in-system speaker. I would recommend that people using the GameBoy Micro use headphones, since you can get better sound quality that way.

The GameBoy Micro has, instead of a volume slider, a volume button on the side. This button isn't nearly as convenient as a volume slider. It can also be used to adjust the screen brightness. To do this, however, you have to hold down the L button, which isn't the best thing to do during gameplay. This feature definitely could have been better thought out.

The thing about the GameBoy Micro that has probably gotten the most complaints is that it can only play GameBoy Advance games. It won't play any of the older GameBoy games or use any of the GameBoy/GameBoy Pocket/GameBoy Color/GameBoy Advance/GameBoy Advance SP accessories. However, due to its compact size and new low price point, it is easy to look past this shortcoming.

To sum things up, the GameBoy Micro is a system that I would recommend to just about any gamer concerned with portability. It is also worth giving a try if you like increasingly small electronics. The downsizing of technology knew what it was doing when it made the worlds best selling portable gaming system even more portable. It offers enough new features to keep even veteran GameBoy gamers entertained for a long time to come, or at least until they pick up a DS.