Obscure is a solid, somewhat refreshing take on the survival-horror genre. 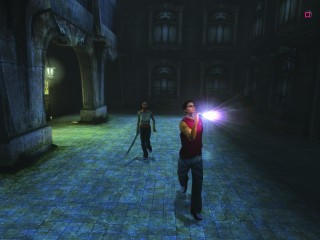 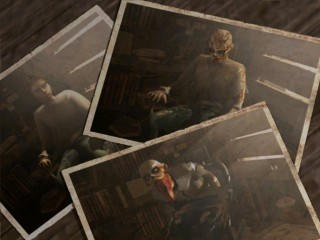 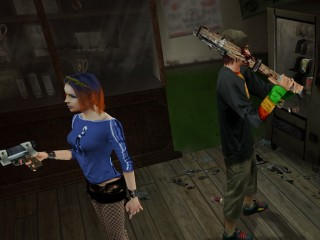 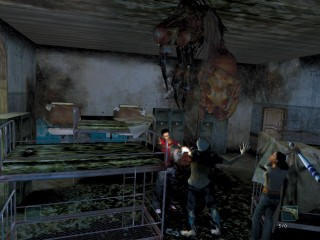 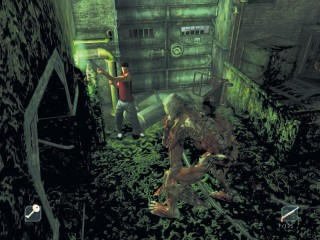 Obscure is just that. A different, mostly refreshing look at a worn, used genre. Overall the game is solid and fun, if not necessarily spectacular in any one regard. The budget $19.99 price makes it even more appealing, and I would consider it a definite purchase for any fans of survival horror games.

The basic premise behind Obscure concerns the disappearance of several high school students from Leafmore High. A group of friends decide to stay after school one night when one of their compatriots fails to return home after a late basketball game. However, once night falls, things start to go terribly wrong. Cue cheesy horror music.

Obscure has you playing as one of five characters, Kenny, Shannon, Stan, Ashley, or Josh, as you wander about attempting to figure out what's wrong with your school. You will also have one companion with you at all times to help balance out gameplay. Each character has a special ability (for example Josh can "investigate" a room to let you know if there's anything of note left behind) which makes certain characters best suited for different situations, and also helps decide which teammate you'd like to bring along. A second player can drop in at any time for a unique co-op experience, and will take control of your teammate for his/her character. The co-op works well with the game, and is definitely unique for a survival horror game, but for the most part you'll want to play the game alone to truly be immersed into the story.

Gameplay is very solid, with the standard puzzle-solving and key-gathering activities to unlock new areas. The available mini-map is helpful, and one of the characters, Shannon, can actually give you clues on where to go next if you're stuck, so there's little aimless wandering during the game (a definite plus). The combat is done effectively as well, with your choice of several different weapons and combinations. One interesting point is the enemies' weakness to light, so you'll have to change your weapon combinations around for maximum effectiveness. For example, a small pistol with a powerful flashlight attached can often be more effective than the shotgun with no light, so you'll have to make different weapon combinations to use against different enemies. Your teammates' AI during combat is also spectacularly done... this is one of the few games where they'll step out of the way, rather than being hit with friendly fire from a pump-action shotgun.

Graphically, the game is done very well without being anything to strike up conversation about. The character models are all done nicely, though there are some rough edges. Environments are spectacularly done throughout; they seem to be where most of the attention was spent. One noteworthy tidbit is the fact that not once during the game does any model go through or can be seen through a door or wall, and there are no flat, untouched surfaces looked over by the developers. Cutscenes are also nicely done, but again, nothing spectacular, probably caused by the most part because of the cross-platform development. The music also fits very well, from the opening scene playing Sum 41's Still Waiting to the dark orchestral tunes played later in the game, to really deepen the game's overall mood and setting.

The storyline is nothing spectacularly new, unfortunately. I found myself finding quite a few resemblances to the movie The Faculty throughout the game, though nothing really matched exactly. The characters themselves are also stereotypical, with the jock, the nerd, the nice girl, etc. While a bit of a letdown, these failures don't really disrupt the gameplay or mood of the game, so they were only a minor drawback. A little more polish on these departments, though, could have made the game shine.

Summing it up, I highly recommend Obscure to any fans of the survival horror genre. It's a bit short, but there are some decent incentives to play through the game again, and at $19.99, it's easily worth the money. Don't expect the game to blow you away, but it's a solid game that'll provide at least a few hours of good fun.
Review Page Hits: 0 today (268 total)
mediahook