MobyGames page for the game 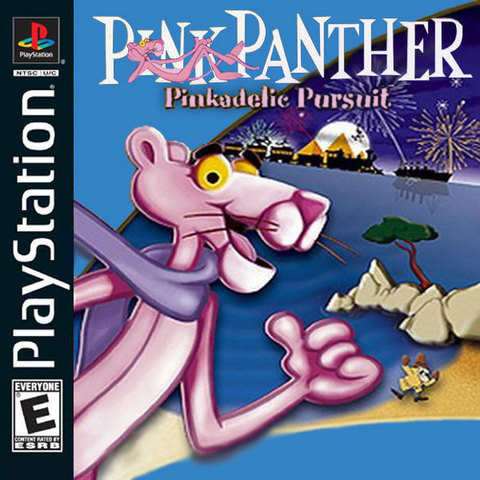 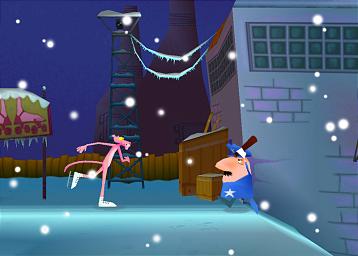 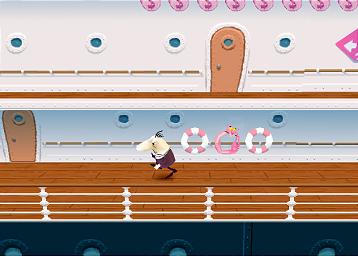 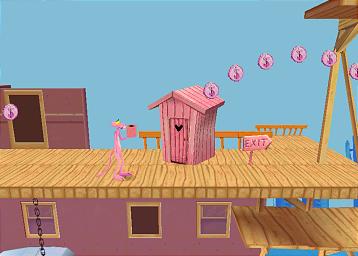 Sometimes, when I'm sitting on the couch playing video games, I turn to whomever happens to be sitting next to me and say, "Man, remember when video games used to be fun?" Then we'll go into a discussion of of some fun games like Burning Rangers and Sonic the Hedgehog (yes, we mostly reminisce about Sega games), and then we start wondering why we're playing one that sucks.

This conversation could never happen while we were playing Pink Panther: Pinkadelic Pursuit for the Playstation (or even whilst trying to say that five times fast). Why not? Because we were too busy enjoying ourselves.

The beauty of the game is in its simplicity. It hearkens back to the days when video games didn't have to be groundbreakingly innovative or have revolutionary graphical effects. They just had to play well and have an interesting aesthetic. The game is a testament to tight design on both counts. As far as the game mechanics go, there is practically nothing that should be added and almost nothing that feels out of place. And as for the design? The Pink Panther is a pretty hip character, and his world is far from boring.

Most of the levels consist of several straightforward objectives. You have to go to point A to get an object to bring to point B, then go to point C and bring an object to point D, etc. Despite a lack of variety, it never gets old or feels like a chore because of how the objectives are cleverly handled. Sometimes you'll need to bring a bomb somewhere to clear the path, but as soon as you pick up the bomb, time starts ticking so you have to move pretty quickly or get blow'd up. Other objectives require you to steal an item from someone. Of course, they will chase you down and try to steal it back and put it where it belongs, which often leads to some very humorous back and forth stealing matches (just like you might see in one of the actual cartoons). There are also certain places where you can disguise yourself and hide (such as pretending to be a life-saver ring on the cruise ship level).

The music in the game is saxophone jazz-type stuff you'd expect (nay, demand) to hear in a Pink Panther game. Tragically, Henry Mancini's classic Pink Panther theme is nowhere to be found, which is a bit of a bummer, but all the music that is in the game fits perfectly.

It's not the most difficult game in the world. You have unlimited lives, and you continue from the last important point in each level, so the game is rather easy to complete. However, each level has a par time which is fairly difficult to achieve. You do get a 200-coin bonus for completing a level under the par time though, so there is a bit of incentive to try. And with only 13 levels (three of which are boss fights), the game is pretty short, but it's an absolute blast all the way through.

One thing I thought was kind of lame were the extras in the game. As you progress through the game, you will collect coins which can be spent to unlock pictures in the gallery. There are 13 pictures, all of which are pretty bland. And that's it. The pictures don't unlock any special cheats or extra levels, they're just pictures. This game was originally released as a $10 budget title, however, and budget games aren't usually known for having a plethora of extras. I think if you're going to add them, though, you should at least make them worthwhile or interesting (like in Gekioh Shooting King).

If you've already played through the classic 8- and 16-bit platformers of yesteryear, Pink Panther: Pinkadelic Pursuit provides more of that style of gameplay while never forgetting to keep its own personality intact. Definitely a pleasant surprise for this old-school fan.
Review Page Hits: 0 today (535 total)
mediahook