Make A Racket in Your Pocket 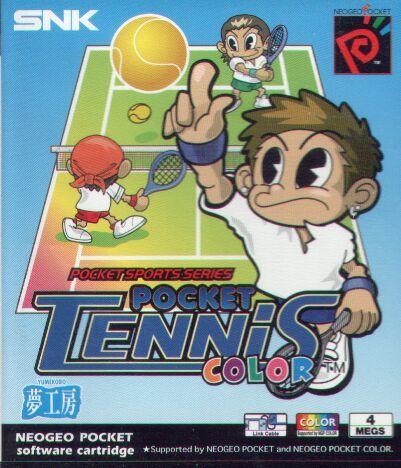 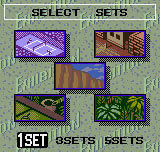 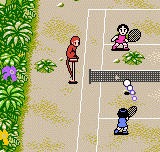 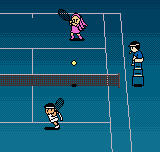 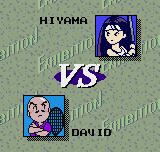 Adding to the Neo Geo Pocket Sports line is Pocket Tennis Color (PTC). PTC is a solid tennis game with some fun and entertaining aspects but it falls a little short in the end.


Gameplay & Control
There are two main modes in PTC, Exhibition and Tournament, as well as the ability to keep your records. "Records" shows all the trophies you have won in tournament mode and the date in which you won them. In Exhibition you can pick between 1 Player and 2 Player, after which you continue to choose your character and court. Tournaments are set up as single elimination matches where you must beat three opponents to reach the championship match. Each tournament you enter is different and therefore rewards you with different trophies at the end.

There are nine characters you can choose from at the beginning as well as five different courts. The courts range from a jungle, to an urban backcourt, all the way to a full fledge stadium. Each character is different and has his or her own skills for power and defense. This adds a little strategy in picking the best player to go up against certain opponents. Controls are laid out with the A button executing a topspin and the B button providing a lob shot. The analog stick works well in moving your player around the court easily, and more powerful shots can be performed by combining the analog stick with one of the two types of shots.


Graphics & Sound
This game has kind of a 90's feel to it from its presentation to its music. By 90's I mean the font of the words and the colors used which is a pallet of soft colors like pink and blue. The courts reflect some of that 90's feel as well. For example the urban backcourt's net is as if someone folded a long piece of paper first to the left, then the right, and repeated it so it looked like a spread out spring. Character animation is smooth with no slowdown. After a match opponents shake hands at mid court before the winner makes a celebratory stance while the loser may weep or fall to the ground. The sound is much like a 90's soundtrack as well; kind of electric sounding but it gets the body moving.


Replay Value
It will take some time to collect all the trophies for your cabinet so that in and of itself will keep you coming back for a long time to come. A Two Player mode is included as well but only for exhibition matches. There is one unlockable character that definitely seems out of place, but I'm not going to spoil it for anybody. It would've been nice to be able to unlock some more characters, (maybe some from some SNK franchises) and also more courts. The courts that are available have a nice variety and are fun to play on but five is too few. The most disappointing part of PTC is that there are no doubles matches.


Pocket Tennis Color is a fun sports game that is a great addition to anyone's Neo Geo Pocket Color library. In the end it would've been nice to have more characters and courts, and the lack of doubles play is almost unforgivable, but the game is fun and will keep you playing long after you win your first tournament.
Review Page Hits: 0 today (687 total)
mediahook