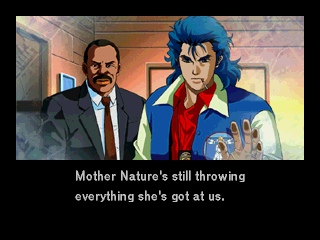 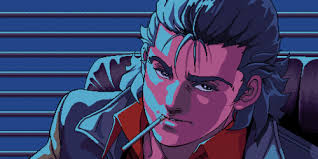 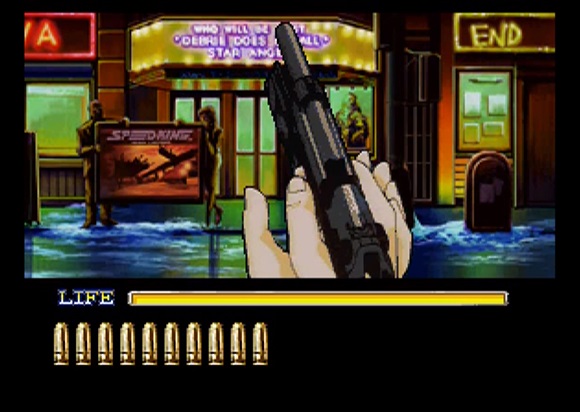 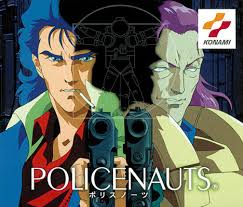 In the realms of video game legend, there are a few names who have changed the way we look at, react to, and play video games. One such name on this prestigious list is Hideo Kojima, most notably known for his creation of the incredibly popular Metal Gear/Metal Gear Solid series. However, unbeknownst to many people, Kojima is responsible for the creation of two works, both made after the first Metal Gear game and before the first Metal Gear Solid game. Those works came to be known in the video game community as Snatcher and Policenauts, the latter of which is the subject of this review.

Policenauts was originally released exclusively in Japan in 1994 for the NEC PC-98 Home Computer, and would later see three ports to home consoles: the Panasonic 3DO, the Sony Playstation, and the Sega Saturn. Plans for an English NTSC-U localization of the game for the Saturn were made circa 1996 but were ultimately scrapped. However, thanks to the valiant efforts of Kojima fans and enthusiasts, the game would see a fully fledged English translation for the PSX in 2009. Without this patch, the game would have never been fully enjoyed and experienced by non-Japanese speaking gamers such as myself and for that, I am truly thankful.

Policenauts is set in the 21st century and begins in the year 2010. Mankind has made history by launching the first space colony ever, named Beyond Coast. Three years after its conception, five policemen were chosen from around the world to become the first police astronauts, or as Kojima simply put it, policenauts. The five that were chosen were Jonathan Ingram (the main protagonist) from the LAPD; his friend and partner, Ed Brown; Joseph Sadoaki Tokugawa, from Tokyo, Japan; Gates (also known as Gatse) Becker from Scotland Yard; and Salvatore Toscanini, from the NYPD. These five men who were given this prestigious honor are now seen as heroes and idols all around the world; until tragedy strikes when Jonathan Ingram suffers an accident while training in a space suit and goes missing in space. Fast forward twenty-five years later to the year 2038; Jonathan is finally rescued, and turns out to be alive and identically the same in appearance as he was twenty-five years ago. How is this possible, you may ask? It was revealed that Jonathan used a cryogenic sleep mechanism in his suit, thus preserving his appearance and health. After a period of becoming somewhat of a celebrity again, Jonathan returns to earth to resume his work as a police detective. Around the year 2040, he is confronted by his ex-wife, Lorraine, who desperately seeks his help in order to locate her husband, who has suddenly gone missing. Jonathan promises her that he will consider it and she contentedly leaves. What ensues after turns out to be a story filled with deceit, hatred, and greed, but also love, loyalty, and friendship. The complex and intricate details, suspenseful action sequences and CGI cutscenes, and superb story content and cast of characters will leave you astounded and at a loss for words.

The gameplay of Policenauts centers around a simple point and click interface, which was used by many early CD-ROM games. The majority of the time you are presented with a screen in which you must move your cursor around and click on certain objects or individuals in order to look at, talk to, or even touch them. This is absolutely critical in order to advance in the game and though it can be seen as a tedious or boring thing to do, it is made up for by the great action sequences and excellent cut scenes placed in between. For the action sequences, you take control as Jonathan and shoot your enemies with a Beretta. To do this you move a red dot across the screen, hover over your target, and press the action button to fire. As a positive, this gives the player a great amount of freedom on how they would like to shoot their enemy. As a negative, however, accurately placing the dot can be very tricky and you may need to adjust your cursor speed in the game's main menu to fix this. Aside from shooting the game features a very suspenseful bomb defusing sequence in which the player must carefully listen to instructions and follow them out, all before the timer expires. Performing this on an actual console proves to be very tedious since you will be without the aid of save states. Commenting on the cutscenes, they are anime style and are very well done - you can really note the amount of attention to detail put into making them and how well they provide the player with a visual image to wrap their head around. As an example, there is a lengthy cutscene in which Dave (Ed Brown's assistant and friend) is really hurt and he and Meryl (Dave's friend) share a very emotional moment together - you can clearly see the amount of emotion and how much they mean to each other. Lastly, the voice acting in the game is second to none. The game uses about twenty different voice actors and their performances make the game truly an enjoyable and believable experience. From Jonathan, who is the main character, to a guard working at a pharmaceutical company, the voice actors provide such realism that at times you would forget you were playing a game but instead watching a top notch movie. Adding to this movie feel is the constant music playing, and superb music at that. There are tracks that make you feel every type of feeling imaginable and are well placed into the scenes they accompany.

All in all, Policenauts is a masterpiece adventure/detective game which many people, even the most loyal fans of Metal Gear, have yet to hear of or experience. I cannot express how strongly I suggest and recommend playing this game even if you have never heard of Kojima or what he has accomplished with Metal Gear. To fans of Snatcher, you will be extremely pleased with this work of art as it bears a very clear resemblance to Snatcher, and is just as satisfying of an experience. The story is extremely intricate, and the twists and turns it provides will leave you completely in shock. The cast of characters are very lovable and easy to relate to and the people providing the voice acting do an excellent job. The music and cutscenes are exquisite and are truly an example of Kojima's greatness as a video game designer. Long story short, if you have not yet played Policenauts, you are missing out on something truly incredible.