Prince of Persia: The Sands of Time (PlayStation 2)

One of the best platformers since Super Mario 64. 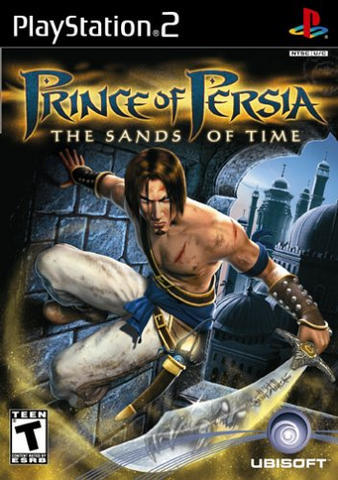 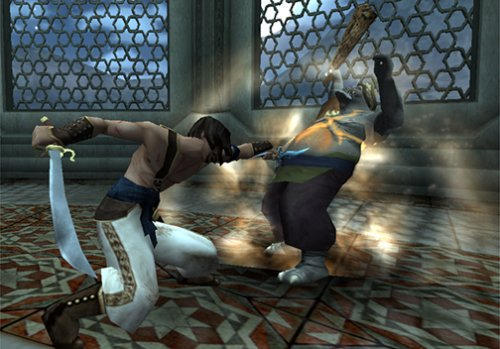 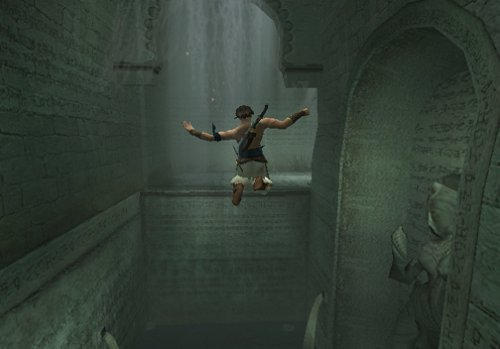 With all the genre spin-offs and sequels in today's gaming environment, it's a rare thing to find a title that blows away gamers just on gameplay alone. Prince of Persia: The Sands of Time, though, is one of those unique games that provides gameplay that is fun, entertaining, and addictive for all demographics. It quite possibly may be the best platformer since the classic Super Mario 64 and if not, it's definitely one of the top three platformers of all the current consoles. Swash-buckling nimble aerobatics have a new hero, and he is the Prince of Persia.

Prince of Persia: The Sands of Time begins with an introduction to the game's main hero. We learn that this young lad is the son of the powerful King Sharaman who is invading India. Compelled to prove himself in battle, the Prince of Persia breaks into the Maharajah's palace during the battle in an attempt to steal the rarest treasures he can find and present them to his father as tokens of victory. But something goes wrong in the process! Betrayed by one of his father's closest advisers, the Prince unknowingly unlocks the secret powers of time travel itself and the world is forever changed. Forced to unravel what has been magically done, the Prince sets out to avenge his father's betrayal with the Dagger of Time at his side and the beautiful Maharajah's daughter as his only aid.

The gameplay in Prince of Persia: The Sands of Time may be as close as you'll ever get to controlling a world class gymnast. The Prince of Persia can do acrobatics with the best of them. Most of the game's levels focus on one huge castle which has an abundance of ropes, beams, and rods that the Prince manipulates with his aerial skills. The Prince is also one heck of a fighter. Reminiscent of The Matrix or Max Payne, the Prince can slow down time in battle and perform a number of special attacks while fighting the evil forces that have been set against him. While the gameplay in this game can be repetitive, it's just so much fun to watch and control, that it never gets old.

The game also has a unique feature that keeps it from becoming stale. With the Dagger of Time, the Prince can control time itself. Have you ever made a simple mistake in a game and wish you could take it back? With the Dagger of Time, you can take it back! The Prince has a number of power tanks that he can use to rewind time. For instance, if you stumble off a ledge, simply click rewind on your controller and you can watch your character's last ten seconds rewind to the moment you were on the ledge, and then continue where you left off. As the game goes on, you will find several secret sand clouds that allow you to increase your number of power tanks and also, magic enemies that you can drain with your dagger to refill the power tanks. This feature, combined with several liberally placed save game points, make Prince of Persia: The Sands of Time a thoroughly enjoyable platformer experience. It's obvious the developers were more concerned about fun rather than penalizing gamers and forcing them to repeat levels.

The graphics in the game are top-notch. The game features an impressive display of shadows and other interior decoration. The music and sounds also add to the experience. Your virtual sidekick, the Maharajah's daughter, makes a number of clever comments while action takes place which almost makes the game feel alive. The game also allows ten save game slots at any one time which take up a maximum amount of 800kb on your PlayStation memory card, so it's not a memory hog and will leave plenty of room for other games. Perhaps the only complaint I have about the game is that the camera angles sometimes don't provide for the best view and can occasionally get in the way.

If you miss older Nintendo platformers that concentrated on pure gameplay rather than the latest gaming fad, Prince of Persia: The Sands of Time is the game for you. There are several copies of the game available on the Game Trading Zone, so you shouldn't have much of a problem obtaining it. There are also exact replicas of this title on the Xbox, GameCube, and PC, so pick your console of choice, and be prepared for many hours of gaming bliss, as you and the Prince of Persia control the sands of time!
Review Page Hits: 0 today (114 total)
mediahook