Prince of Persia: The Sands of Time (Xbox)

The equivalent of a dumb jock and a math club geek mind-melding with a 3D platformer. 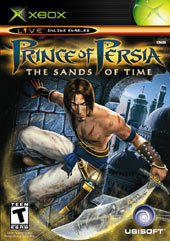 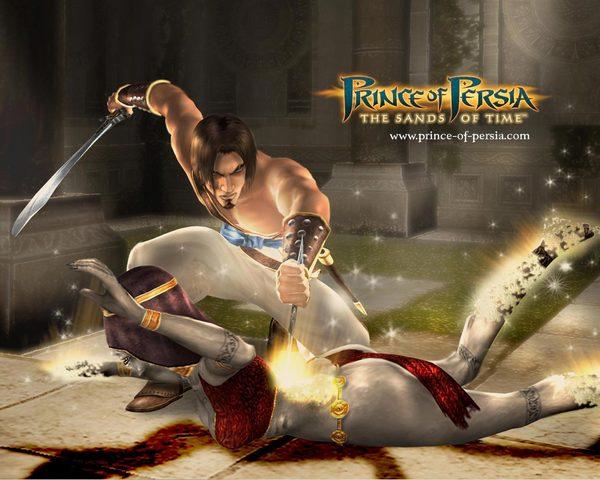 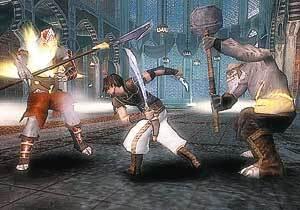 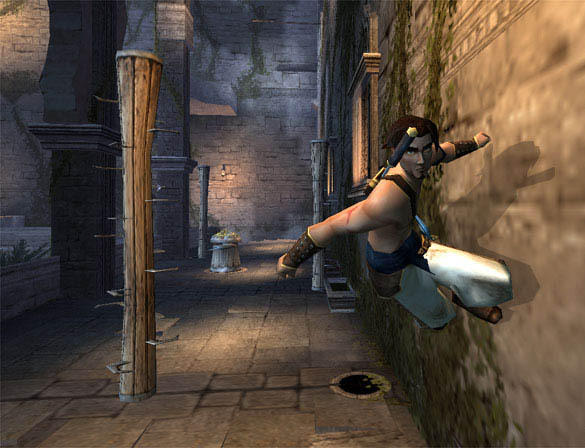 To say I was late to hop on the Prince of Persia: Sands of Time (to be known as SoT from here on out) bandwagon is a bit of an understatement. Only at the start of February 2006 did the game visit the hallowed stomach of my Xbox. Much to both of our delights, Ubisoft delivered a wondrous treat. 3D platformers are far from a new genre - some companies have spent the last console generation creating them solely - but what Sands of Time does, is bring about the return of a brain to a waning genre.

SoT tells the story of a local prince who is tricked into unleashing the Sands of Time curse upon the Sultan's palace by the Vizier of Maharajah during a visit with his father. The Vizier helped the prince and his father get their plunder a few days earlier in hopes of obtaining the Dagger of Time, a nifty little weapon that allows the user to control time. But the prince's greedy hands found their way to it first. What's a diabolical Vizier to do? Curse up the place in hopes of killing the little bastard, that's what!

It's a shame that the Vizier is up against an All-Arabian athlete in this prince. This kid can wield a sword with precision, perform back flips until the camels come home, and run along walls as Ryu Hayabusa's Persian cousin. Not to mention he has the help of a slender princess named Farah, who squeezes through cracks and holes that the prince's grizzled mass can't.

It's not a shame that all these actions are fluently executed with ease by the player once you are accustomed with the controls. Figuring out how and when to pull off a move is not so easy. That's where that little Dagger of Time comes into play. By holding down the L button, one can rewind time back to a certain extent (as long as time gauge allows), pulling you from the clutches of Death and back into the fray. This proves to be no gimmick, as the entire game world is built completely around this power.

Though each section is introduced through a vision, where the prince "sees" into the future (these prove to either be worthless or to ruin the surprise of upcoming challenges), most of the areas are set up without obvious guidance, especially in the later half of the game. You can only guess your next jump, and if it leads to death, you rewind and try again. There were countless times I thought I knew my next move, just to begin a freefall to death or run right into something sharp. This was the main selling point to me, that instead of just dropping my shoulder and ramming my way through each level (literally and metaphorically), I had to stop, plan out a route, and put it through multiple tests before coming across the correct route. While this can be quite humbling (the cover art should have a sign reading, "humble hamburgers served here") and frustrating for the action-all-the-time gamer, the cerebral gamer in me greatly appreciated it.

Unfortunately, the brain stroking is left at the door during battles. For a game with some of the deepest platforming to come around in a long time, you would expect the same output throughout all aspects of the game - this is not the case. While far from broken, fighting is merely adequate and requires little more than the ability to slash, block, move, and repeat. What little strategy I picked up during my first few battles was lost as the game introduces no more than ten different enemies, which include two measly bosses. This boils down all techniques to a basic two: you can use a vaulting attack over them if they don't have a large weapon, which stuns them momentarily, then cut them down, or you can freeze them in time with your Dagger and cut them apart.

There are a few other attacks, mostly time-based, but I found very little reason to use them. They never proved necessary for progress. This could have easily been remedied with a greater variety of enemies, or at the very least, more distinct enemy groupings that require a certain skill to kill. This fault alone brings my score of this game down nearly a full letter grade.

Graphically, this game surprised me as looking rather plain and dry, not unlike smooth concrete. There is nothing unpleasing about smooth concrete, since there are no obvious defects or hiccups, but there is also nothing amazing about it, no moment that you'll run to your friends and rave about. I know this game was released in late 2003, but I just couldn't help thinking, "Ninja Gaiden came out only 5 months later and is still a graphical powerhouse." Not the fairest comparison, but it felt like buying a sedan that cost the same as a sports car. It does most everything the same, but the "wow" factor is non-existant.

Sound-wise, the same unspectacular concept used with the graphics applies here as well. Sound effects all fit their bill correctly, nothing out of place or odd. And even though there is not a lot of music throughout, what is there is a standard mix of traditional Arabian music and hard rock, the latter I found to be out of place. The prince doesn't live in a world that has recorded music, let alone a collection of radio friendly hard rock.

One sound you will hear more often than not is the prince's voice. He is well-cast, and speaks with a high class vernacular, which I appreciated since it authenticates his character. The story, after a lengthy cut scene setup, is primarily pushed forward through the use of inner monologues by the prince, many of which are insightful and humorous (especially when he vents his frustrations about the princess). The princess's voice, on the other hand, is annoying and over-voiced. This very well could be a representation of her character, but either way, you'll be wishing for a character-specific mute button anytime she opens her mouth.

Despite my complaints with the shallow battle system and only efficient graphic engine, gameplay-wise, ToS is hands down one of the greatest 3D platformers of the PS2/Gamecube/XBox generation. What could have easily turned into a gimmick, the Dagger of Time (coupled with ingenious area layouts and puzzles) instead creates a cerebral experience severely lacking in other games in the genre. Even a jaded plaformer as myself couldn't help but let this game wall-jump all over my heart.
Review Page Hits: 0 today (118 total)
mediahook