Resistance is Futile... And Passable. 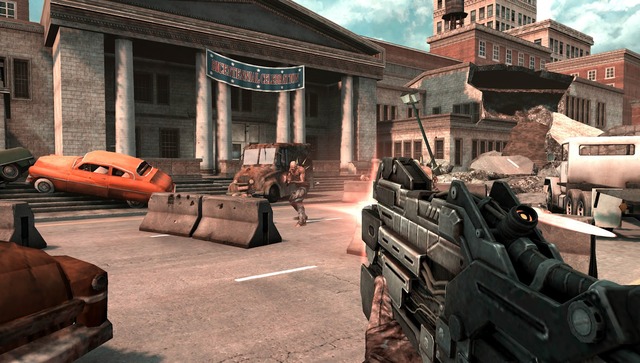 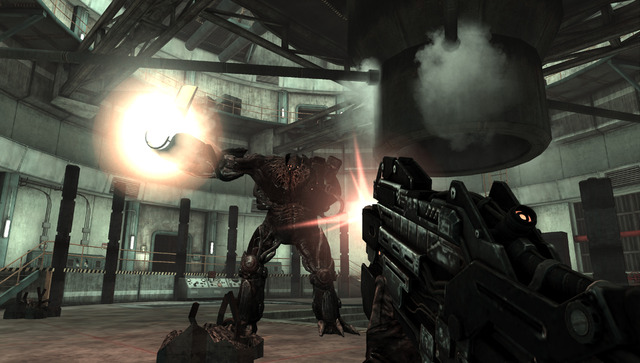 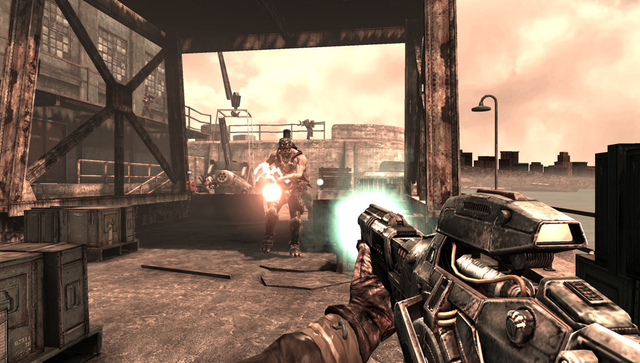 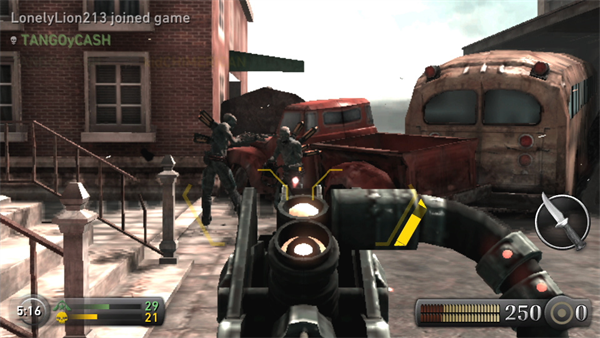 One of Sony's more recent franchises that certainly hasn't been giving its worthy due is Resistance. Instead, Sony has been more focused on Killzone, another first-person shooter franchise, albeit one that predates Resistance. That said, we've always cared more about the PlayStation 3 debuting shooter series rather than Killzone. Perhaps the setting of Resistance, the story, the characters, the action, the weaponry, and no Rico have something to do with that. Regardless, Resistance finds its way to the PlayStation Vita, serving as the first ever handheld first-person shooter with dual analog controls. While Resistance: Burning Skies does make it clear that Sony's PlayStation Vita is perfect for first-person shooters, it doesn't make it a great game in the end.

Short animated comic book cutscenes chronicle the plight that the U.S. and humanity in general is currently facing with the Chimeran horde. You take the role of Tom Riley, a firefighter who simply wants to be reunited with his loving wife and darling daughter. Of course, this journey meets various speed bumps, mostly because Riley wishes to save every person he ever encounters. Then again, you have to make things interesting in a story, right? Unfortunately, Burning Skies' story does little to entertain. It's mostly dull, uninteresting, and the characters do little to make you care about them.

What is also rather dull is the gameplay. Now, while Resistance: Burning Skies definitely proves that the PlayStation Vita with its dual analog sticks are great for first-person shooters, the game is by no means a textbook example of how a portable shooter should be. This is mostly to do with most enemy encounters and level design.

In the console Resistance games, the Chimera are very aggressive in taking you down. This is not the case in Burning Skies. Enemies are much smaller in number, they seldom come after you, and really, all one needs to do to vanquish them is to lay low behind cover and occasionally pop up to fire. You can alternately simply run up to them and use your one-hit KO move, an axe strike, to put the Chimera in their place. The fact that you are invincible in the KO animation makes battles much easier to regain your health in.

The problems go into level design as well. Far too many times you're battling in the confines of corridors and hallways. When the action happens in more open areas, Burning Skies' action shines more brightly. Enemies, though as seldom as they do so, can run over to where you're hiding and shoot at you. The first 3/4 of the game relies heavily on corridor design. The latter quarter of Burning Skies has much more interesting rooms, offering unique offensive and defensive options for players to utilize. The variety of foes that you face at one time also gets a boost, making confrontations less of a grind and more of an exciting proposition.

Of course, you can't just take down the whole Chimeran army with just Tom's axe. There are eight weapons to acquire throughout the duration of Burning Skies' campaign. There's the traditional Resistance fare, such as the Auger, which fires bullets through walls; and the Bullseye, an automatic rifle that can tag enemies and thus hone shots in on them.

While most of the guns aren't really as inventive as past Resistance games, the real fun comes in is with the secondary fire functions of each weapon. One weapon's secondary fire has a drone launching from it, shooting at all enemies until it hits a wall. Others allow you to target multiple enemies at once with a rocket launcher, or a crossbow that grants you an explosive shot. The more complicated battles require you to shuffle between multiple weapons to survive. This is all the while moving from cover to cover, dodging a barrage of bullets in the process.

These secondary functions all require the player to interact with the touch screen. For example, the aforementioned rocket launcher can blast out a deluge of rockets at a number of enemies simultaneously by dragging your finger over each desired target. The crossbow gets armed with an explosive round by sliding your finger in a downward diagonal direction. This is also how grenades are thrown, and while these mandatory touch screen moments may seem gimmicky and difficult to ascertain, once you've gotten them down, they feel completely natural, and dare I say even fun.

Through acquiring hidden blue cubes strewn across the campaign levels, you can customize the various guns of the game. You can only have two cubes equipped to a single gun. Therefore, of the six different upgrades available, you can only have two equipped on a gun at the same time. Whether it's faster reload speeds, greater explosions, or less recoil (just to name a few), you can tailor your arsenal to fit your play style.

The campaign itself spans seven missions with multiple chapters to them. The game can be completed in about five hours, but there's collectibles in the form of files to obtain. Though, these simply add more background into an already boring story. Multiple difficulty levels are also available to attempt. However, these just make Tom Riley less of a bullet sponge and do nothing in the way of making enemies smarter or the level design more interesting. Heck, there's not even much enticement in playing on any mode than easy due to the fact that there are no difficulty-related trophies, if you're into that sort of thing.

There is, however, multiplayer to keep players coming back if they so wish. This offers up to eight players the chance to participate in three modes for online play: standard deathmatch, team deathmatch, and a survival mode where every killed player turns into a Chimera, and the round ends when all humans are eliminated. As you play and win more matches, you earn experience that grants you new weapons from the campaign to use in battle.

Maps are generally small, but they are interesting in their design, something that surprised me considering the campaign's less than impressive approach to its levels. There's always a feeling of pressure in the multiplayer, as your character can die within a few shots, but at the same time, other players can be killed just as quickly, too. This ends up with less experienced players seeing their character down on the ground dead more than seeing them standing upright.

When it concerns Resistance: Burning Skies' visuals, there is nothing here that pushes the Vita hardware at all. Downed enemies have their corpses disappear soon after hitting the ground, levels are full of drab colors, and character models aren't very exciting to look at. As for sound, the majority of what plays during the campaign and multiplayer is purely ambient, environmental noises with little in the way of music. This simply adds to the dullness of the entire game, unfortunately.

I guess if I were to try to pinpoint the biggest problem area of Resistance: Burning Skies, it would be that it by no means at all translates the riveting urgency and gravitas of the original Resistance trilogy well at all to the PlayStation Vita. Encounters aren't anywhere near as compelling and as tense as what can be found on the PlayStation 3's installments, and even the terrific PSP entry, Resistance: Retribution. That's not to say that Resistance: Burning Skies is a bad game. It's really not. It's just not that good of a game either. Now with Killzone: Mercenary out, there's really no reason to pay any attention to Burning Skies anymore, unless you are a big fan of the series like I am. Even then, I can't help but feel that Nihilistic's take on the franchise is anything but a disappointment. These skies burn more like annoying hemorrhoids rather than with any kind of interesting passion.
Review Page Hits: 0 today (102 total)
mediahook