All The Right Reasons (Nickelback)

"All the Right Reasons" is Nickelback's latest submission of great Rock music, but I believe it could have been a better album. 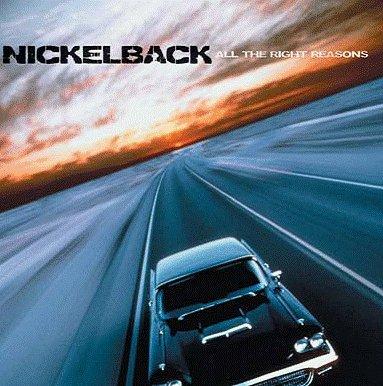 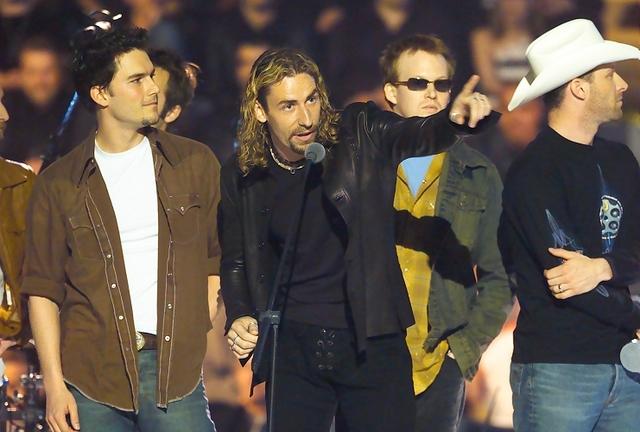 Nickelback has once again served up a great Rock album!!!!!!!

"All the Right Reasons" is their latest release, and it came out this year (2005).
The first songs to be released from this album are Photograph (track #3), and Animals (track #4). They seem to be getting quite a bit radio play, so I think this will be another "blockbuster" album from these four very talented guys.

There are eleven songs on this CD. You can safely say that the first half of the CD really rocks hard, and that the second half is where you will hear some slower songs, and even some ballads. I must admit, I do not like this album as much as I do the previous ones. It seems to me that the band is starting to lose some of their edginess, the "in-your-face" rock hard sound that I noticed in the last albums. I don't know what could be doing this, but since I do work in the music business, and I do know some things about how it works. I can take an educated guess and say that the record company execs and other people in the business who are surrounding these guys may be starting to affect their drive and how they make music. I know for a fact that some record companies will actually say to bands that "you need to make songs that will be playable by the radio stations". Most bands will take this as someone having far too much control over how they create music, and that is a legitimate gripe. In fact, I agree very much with them. I have feeling that this could be the case with Nickelback's latest album. I sense that they are trying to appease the fans and music industry, and unfortunately the music may pay some price for that. It is still a very good album, but I think it could have been much better.

The type of music these four guys create is ROCK!!!!!! Solid, In-your-face rock music that will get your blood going and have you wanting more. As I mentioned before, there are a few ballads on here, probably referring to an old girlfriend or something like that.

The lineup is the same: Chad Kroeger (Vocals and Guitars), Mike Kroeger (Bass), Ryan Peake (Guitar and Vocals), and Daniel Adair (Drums and Vocals). Chad is credited with writing the lyrics to ALL the songs on this album, and there is linear notes included with the CD that has lyrics to each song.

I have not heard anything yet about a tour supporting this record, but I am sure it will be forthcoming and I would highly suggest that you catch these guys in concert. I know that they are on the TOP of my concert must see list.

Okay...pick this CD up, and help support a great rock band.