Saints Row: The Third - Easily the best game in the genre, if you have a sense of humor 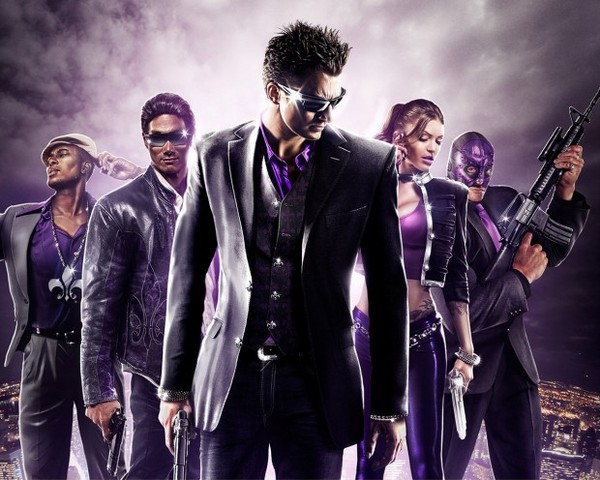 SUMMARY (From IGN):
Years after taking Stilwater for their own, the Third Street Saints have evolved from street gang to household brand name, with Saints sneakers, Saints energy drinks and Johnny Gat bobble head dolls all available at a store near you. The Saints are kings of Stilwater, but their celebrity status has not gone unnoticed. The Syndicate, a legendary criminal fraternity with pawns in play all over the globe, has turned its eye on the Saints and demands tribute.

Refusing to kneel to the Syndicate, you take the fight to a new city, playing out the most outlandish gameplay scenarios ever seen in Saints Row: The Third, the third chapter in the blockbuster open-city action series. Strap it on.

Gameplay:
From second #1 in this game you're plunged into a nonstop explosion/gun barrage/campy fun story that will have you laughing from start to finish. The game is not meant to be taken too seriously and this is a good thing since I was saying "I can't believe they put that in a game" numerous times. Whether it's lobbing farts in a jar to make enemies vomit or chasing down innocent civilians with a giant pink dildo, Saints pushes the envelope at every turn. I was easily able to sink over 30 hours into this game and still was having fun, and with a quick 970 achievement points from my first play through, Saints definitely rewards you for making sure you complete every single side mission and collectable hunt. With in-game tutorials, the learning curve is non-existent - Extremely easy to pick-up-and-go with little to no time spent in similar action games.

Replay value:
The game gives you two options for completing each "act" of the game, so there's easily a ton of replay value as well as motivation to go back and play again, but in a different way.

Customization:
Wow, where to start? Saints features an absolutely absurd amount of customization from character design, car customization and gang customization. Probably the most coolest aspect of the customization is that there is no permanent change. Don't like the way your characters look? go to a clothing store and buy some different clothes. Want to play as a girl but you started as a guy? NO PROBLEM! Go get a sex change! While you're at it, get some ridiculous sized breast implants! Even your guns are upgradeable!

Sound and Graphics:
Saints is extremely polished, even when you're flying high above the city in a jet. You really get a sense of the massive size of the city and the level of detail that the programmers put into the game. Sound as well was amazing. Explosions sound a bit weak like other games of the genre, but the major thing that sets this game apart from it's "contenders" is when you get into a vehicle, you'll find well over 30 REAL SONGS. You will find yourself just sitting in a car and listening to the radio.

Overview:
The game is flat-out great from start to finish in every aspect. It dominates any "would be contender" in the genre. The only gripe I would have would be a lack of online multiplayer (maybe a gangwar mode), although the online co-op mode makes for a lot of fun. As long as you have a sense of humor theres absolutely no reason why you wont LOVE Saints Row: The Third. This game is a steal at $59.99 and I recommend anyone who liked the GTA series to run out and get this game. It will keep you busy and make you laugh for hours and hours.
Review Page Hits: 0 today (122 total)
mediahook