Without a doubt, Civilization IV is the best Civ sequel yet, but it still may leave Civ veterans bored until more mods are available. 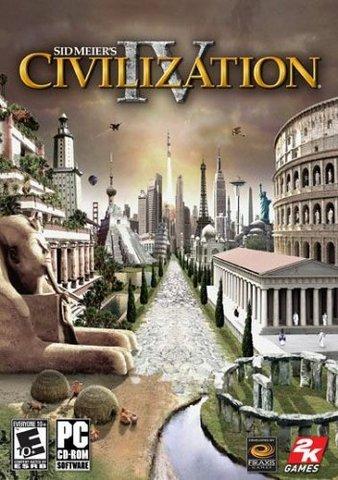 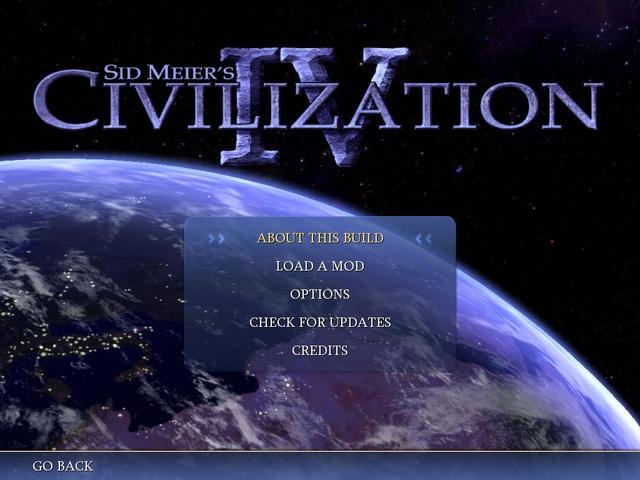 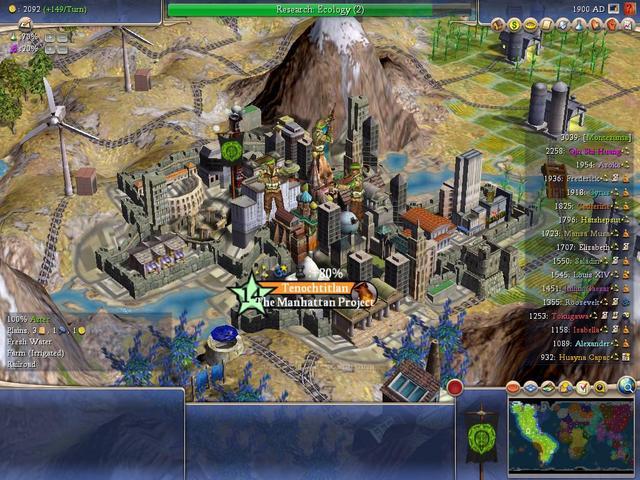 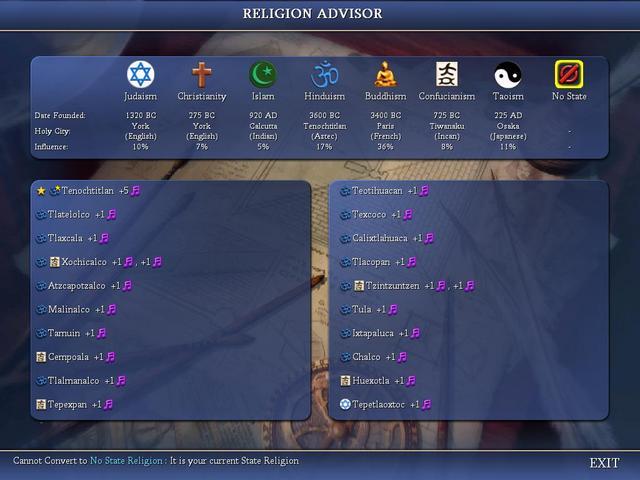 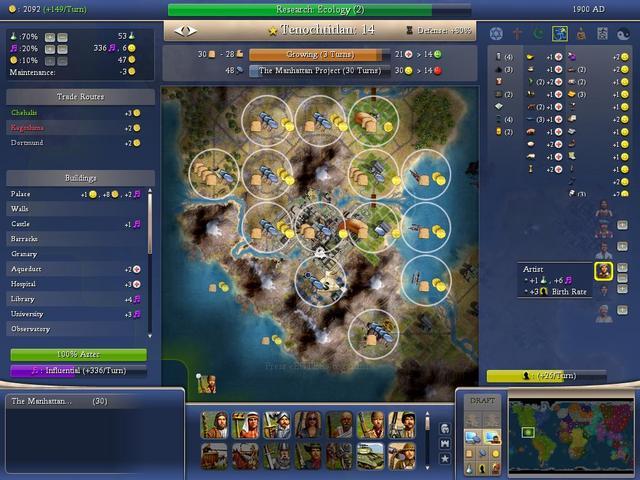 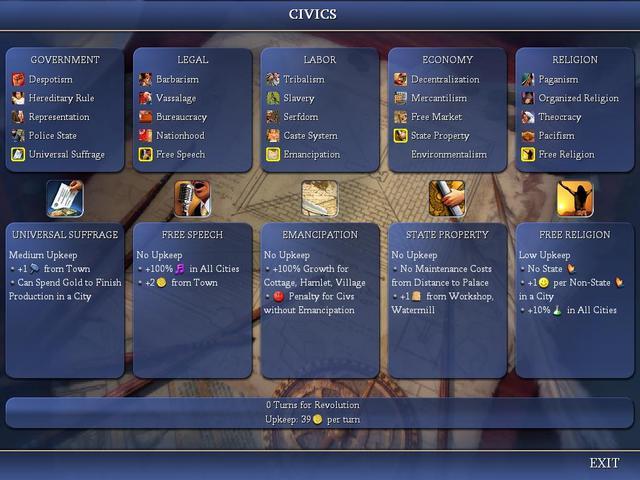 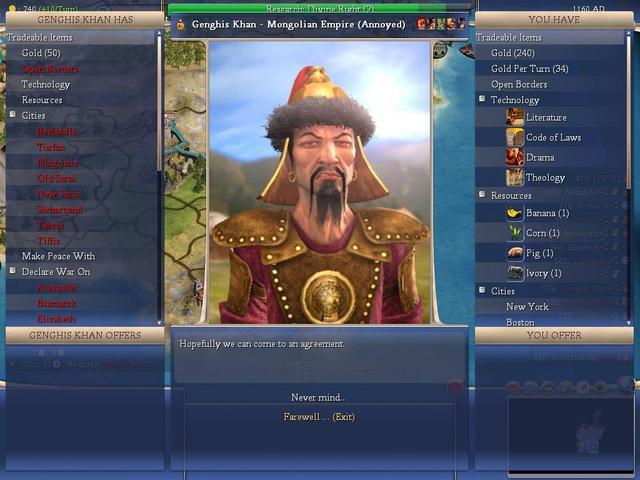 There are a few givens in the PC gaming world. One is that there will always be a bigger and better video card around the corner, another is that you can bet there will be an expansion for any game with moderate sales, and after ten years, another certainty in PC gaming is that the classic series, Sid Meier's Civilization, will always produce a sequel. Civilization IV (Civ 4) is the latest entry, and fans will be excited to know that it's probably the most impressive of all the game's sequels and various expansions, especially when compared to the previous version, Civilization 3. Civ 4 is the pinnacle of new features, rule changes and eye-dropping visuals, but it many ways, it still remains the same core game it was a decade ago, so depending on how played out you are on the Civilization series, the final rating will vary, but rest assured, this game has that same ruthless addiction that will keep you at your computer for hours. If you've never played Civilization, then what are you waiting for? Go buy this game now! It's one of the most entertaining games ever designed about world conquest. If you're a veteran to the series, read on to find out if the new changes in Civ 4 are interesting enough to warrant a trade or purchase.

Maybe the most interesting new feature in Civ 4 is religion. Perhaps included because of religion's increasingly large role in modern politics (as well as its historical roots), faith can play a large role in your civilization's success. Taoism, Judaism, Buddhism, Confucianism, Islam, Christianity, and Hinduism are the world's major faiths in Civ 4 and they are unlocked once any nation discovers the prerequisite technology. If your civilization discovers a religion first, one of your cities is randomly picked as the "Holy City" of that faith and through missionaries and holy buildings, you can spread your faith around your empire, and even into neighboring countries. This can play a large part in diplomacy as nations become friendly or hostile in varying degrees depending on what is set as the official religion of your civilization. You can also change your religious civics as you discover new technologies, and cause cities to grow or build faster if they have converted to the state religion. The ultimate goal is to achieve freedom of religion which allows any faith in your cities and increases overall happiness.

Another fun addition in Civ 4 is the implementation of "great people." Certain wonders and buildings increase your chances to randomly produce these famous figures who are usually based on people in history who helped change the world in several important fields. (e.g. Albert Einstein, Galileo, Socrates, etc) Once a city produces one of these "great people" you are allowed a number of different paths to take: instant discovery of a technology, a unique great building in a city, a highly profitable trade route, better production in a city, and other improvements which change depending on what type of ""great person" you produce.

Leaving no stone unturned, Civ 4 also dramatically changes the combat system. While your tanks, infantry and other modern units can still sometimes be defeated by archers or cavalry, it happens far less than it did in previous Civs. Combat is now decided by a simple strength system, with ancient units such as warriors near the bottom and modern troops such as Marines near the top. More advanced warfare units such as catapults, planes and artillery are also provided with several methods of attack. An interesting addition is the experience point system which allows you to upgrade units as they win battles or benefit from wonders in your empire or buildings in your city. The longer a unit survives, the more powerful it becomes. This also poses a problem for attacking cities because if you don't finish off defenders, you can accidentally increase their strength to a point where invading the city is hopeless.

Another important addition in Civ 4 is the realistic "open borders" policy. No longer can enemy units and settlers easily trek through your realm of influence, which is of course fairly large if your empire has a high cultural value. Crossing the realm of influence is equivalent to declaring war on a country and provides early notice of war unlike the previous Civ games. Rules regarding technology trees, health, happiness, and commerce have all been altered and while Civ 4 is still easy for any Civ veteran to pick up, with so many changes, this game continues to look less and less like its original entry, Civilization 1. Newbies to the Civ series should expect a heavy learning curve, but the game does provide easy-to-learn tutorials and a comprehensive in-game Civilopedia which will help you learn the game quickly.

Civ 4 is the first in the series to feature a 3-D graphics engine. Civ 4's graphics won't impress you the same way a new first-person shooter or 3-D RPG will, but it's probably as good as a turn-based strategy game will ever visually amount to. In particular, the world leaders in the diplomacy screen look as realistic as ever. Going along with the limitations of a turn-based strategy engine, the sounds of the game aren't anything special either, although they are certainly top of the line when compared to other turn-based strategy titles, and Civ 4 is also included with an impressive soundtrack. The opening theme song which sounds like a tribal African orchestra is probably better than most movie scores, and if you pay attention, you'll notice the narrator in the game is none other than Star Trek's Leonard Nimoy.

For gamers who insist on multiplayer, you will be excited to learn that Civ 4 probably boasts the most successful online play of any previous Civ games. Not as buggy as Civ 3's online expansion and not as slow as Civ 2's strict turn-based formula, Civ 4's online play is smoother and faster than all previous attempts, although you may be scared off if you're used to the faster real-time strategy sit-downs which encompass most online strategy games. Competition via email, LAN, or hot seat (changing seats at the same computer for each player's turn) mode are all available and you can also save online games. As of now, the online community is rather large and it is easy to find online games with your GameSpy account, but that will probably change as the game gets older.

Maybe the single most impressive attribute of this Civilization sequel is the new emphasis on making a mod friendly game. Assuming you have a basic knowledge of scripting in Python or XML, almost anything in this game is moddable. Never fear, though, because the game does include a user-friendly world builder which allows you to create custom maps and scenarios regardless of how much code you know. Judging by the already impressive collection of mods built by fans, Civ 4 looks to have the largest database of custom game play, maps, scenarios and other mods when compared to all previous versions of Civilization. Check the links in this review for current downloads, especially the Civilization Fanatics message boards under "Creation & Customization." Those same message boards also supply an impressive collection of tutorials and FAQS which will help willing modders get acquainted with all the impressive tools available. Unfortunately, this same philosophy on providing a game that could be easily changed, may have resulted in a less efficient code, and even for fast computers, games on larger maps can be long frustrating waits when downloading or waiting for the computer opponents to make decisions later in the game.

If you're new to the PC strategy scene and looking for a classic conquest game, or an accomplished Civ veteran who longs for the lengthy sit-downs made famous by Civilization then you should seek the fourth installment of the series as soon as possible. If you're only a leisurely fan of the Civ series, then you may want to hold off until the value drops or more mods and expansions are completed which provide greater variety. Like most new popular PC games, Civ 4 will be hard to find for the first few months of its release on GTZ, so it would be wise to swap for it immediately if you find a willing trader. With its mainstream appeal and high sales, expect its value to remain the same longer than most PC games. If you're a fan of strategy and/or history, a big downloader of mods, and someone who plays online, only some of the larger MMORPGs will be able to compete with Civ 4 when it comes to being 2005's "Most Bang for your Buck" winner.

(Screenshots in this review are from this system and are not what your game may look like with better hardware and higher resolutions. Screenshots were also reduced to fit GTZ requirements and may have been distorted in the process. Game was maxed out on all video settings except anti-aliasing, which was turned off.)
Review Page Hits: 0 today (37 total)
mediahook