Gives you a Lot of Info On this Game 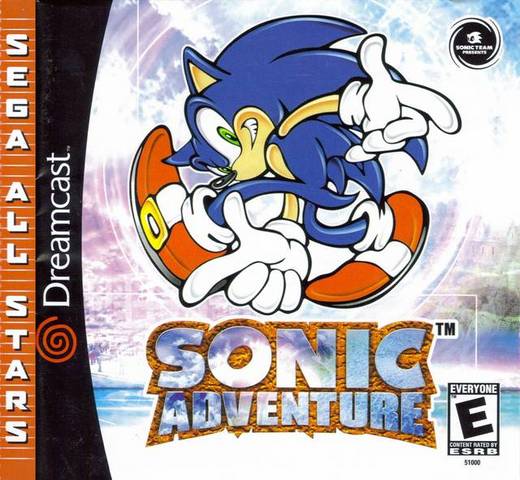 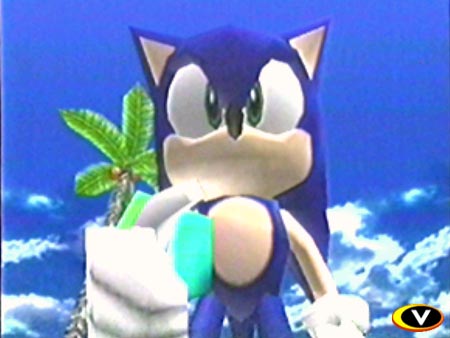 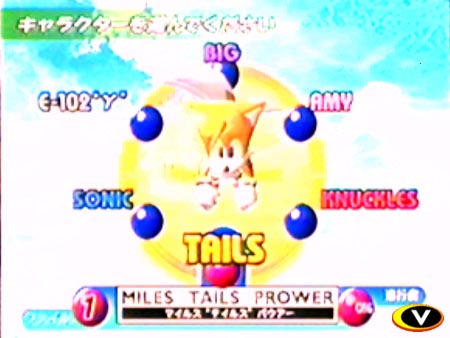 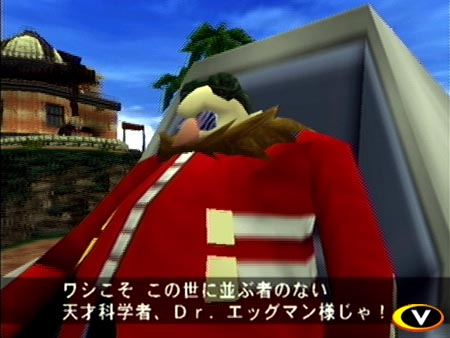 The game kicks off with an "FMV" of Sonic running through the city streets of a town, water blasting up from the ground and sewers, a sign of things to come in what is to be one of the greatest Sonic games to come out in a long time. The story this time revolves around Sonic, Tails, and a cast of about four other playable charters which includes Amy, Big, E-102y (better know as Gamma) and Knuckles. Each of these characters is fully playable upon beating the main story mode as Sonic. Each character has its own scenario and each one is very different than the other one.

The main plot is of course "Eggman" is back to his usual shenanigans. Eggman goes around collecting all the Chaos Emeralds (really Sonic is doing all the work, Eggman just always seems to show up at the right time and steals them from him) and plans on reviving the great "Chaos" by inserting all the emeralds into its body, thus making it incredibility strong. Along Sonic's path to collecting the emeralds, he is helped by friends such as Tails and Knuckles, sidetracked by his longtime sweetheart Amy, and held up for odd reasons by Big (the cat) and newcomer E-102y (aka Gamma).

The music is awesome. No longer held back by the limitations of cartridges, this is full on CD quality audio. Songs are very memorable and include singing, chats, rock and roll, and even a bit of techno. Each character has their own main theme song and each stage's music fits very well with what is being presented in front of you. The music of Sonic Adventure is so great in fact, that it has gotten a few soundtrack CDs dedicated to keeping these melodies alive.

Controls could never be any easier than what they are now, mainly consisting of 2 buttons (3 for some) and they usually include an attack button as well as a jump button. The camera angle is controlled by the trigger buttons under your controller (and trust me; you will be using them a lot).
The camera is ok but it does seem to be at the wrong angles a lot of the time, which can lead to unwanted death. VMU's are supported as well as rumble packs.

The look of the game is great, I'm talking full 128-Bit graphics at their best! Stages range from locations such as beaches, mountains, slot machines, frozen lakes, amusement parks, highways, on top of a spaceship, and even in the sky itself. Each stage is detailed very greatly and represents the play area with faithful deeds (my personal favorite is the amusement stage at Twinkle Park). It's amazing and by far the funnest stage of the whole game (at least to me).

This is a very solid action/adventure game and will provide you with well over 25+ hours of game play, whether it's going back to try to collect all the emblems, (there are 130 of them total), going back to play the mini games, (such as snowboarding, bumper race cars, or slot machines), or you could just go back through each of the "six" playable characters' story modes and getting the best scores on each stage that you possibly can (there is also a boss rush mode). I am certain that you will be hooked just as I was, and will be playing this game for a very long time. Long live Sega and may the blue hedgehog known as "Sonic" live on in our hearts forever and ever.