The crystal may have been shattered, but my expectations were not. 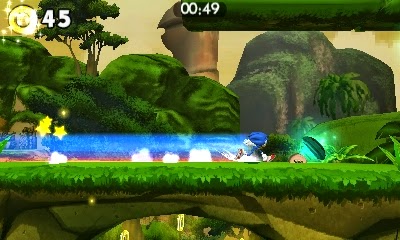 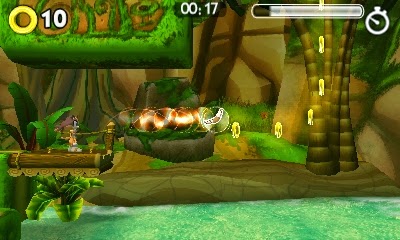 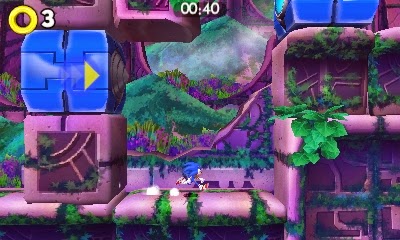 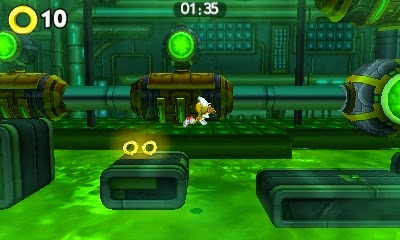 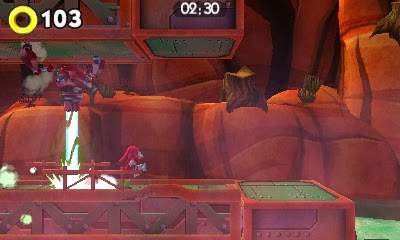 Sonic Boom released for the Wii U last November, and it was an obvious product of being rushed out to release to coincide with the debut of the TV show of the same name. While that game had the problem of being too ambitious for what little time the team at Big Red Button was given, Sanzaru Games' Sonic Boom: Shattered Crystal is a much smaller-scale project, being on a handheld and all. While Shattered Crystal is not nearly as problematic a game as Rise of Lyric was, the game suffers from various issues that prevent it from being a must-have.

Sonic Boom: Shattered Crystal sports a simple plot that one would expect from post-Sonic Unleashed Sonic games. A robotic snake-like creature named Lyric has abducted Amy Rose and seeks to use her mind to reveal the location of the fragments of an all-powerful crystal. Sonic and Tails are off for adventure through multiple levels to rescue Amy and stop Lyric's plans. It's nothing special of a plot, but it serves as an excuse for 2D platforming action. At least the dialogue itself can be seen as humorous at times. It's just unfortunate than you cannot speed it up, or better yet, simply skip it altogether. This makes repeated plays, if for some reason you wish to play through the game again, a serious pain.

There are three types of levels in Sonic Boom: Shattered Crystal. The main type of level is the one that appears most in the game. It has you moving through an obstacle-laden, labyrinthine level, defeating enemies, gathering coins, and exploring the level for hidden trinkets such as pieces of the titular shattered crystal and blueprints to be used at Tails' personal workshop. Completing blueprints can reward the player with benefits like less rings lost when damaged, the locations of hidden items shown on the bottom screen's touch interface map, and much more. Levels span two relatively distinct locations, and you use a device called an Enerbeam to propel Sonic and friends from each.

These levels definitely encourage as much exploration as possible. However, some characters can only reach certain areas with their special abilities. For example, Sonic can perform an air dash to plow through large blue blocks, whereas Tails is the only one who can ride jet streams to higher and/or further away locations. Meanwhile, Knuckles is able to dig underground at specific spots, and newcomer Sticks has the ability to chuck a controllable boomerang to hit out-of-the-way switches and buttons. You can handily switch between characters on the fly with the d-pad. It is required to return to some levels when the missing characters to Sonic's team, Knuckles and Sticks, have been acquired in order to fully explore earlier levels.

Even one of the game's menu messages suggests returning to levels once all four characters have been reunited in order to reach previously inaccessible locations. However, since all four characters team up so early in the game, the need to return to all but two or three levels is totally unnecessary. It would be like a Metroid game giving you every ability and move you need to reach every location within the first half hour. It's a misstep. Perhaps if the characters joined Sonic and Tails' team in a more staggered fashion this wouldn't be as much of an issue.

Another type of level in Shattered Crystal presents a behind-the-back view of Sonic as he speeds through a tunnel created by a gigantic robotic worm. These levels are an honest to goodness rush, and in any other Sonic game they would be a great inclusion as bonus stages to collect Chaos Emeralds. These worm tunnels have you moving from lane to lane, avoiding electric-filled currents, traveling on zip lines, and collecting rings.

Finally, there are race stages that bring the boost-to-win "fun" of more recent Sonic games to Shattered Crystal. These pit you against one of Sonic's rivals in a short race through a multi-path course. These are the more annoying levels in the game, as to beat your rival you'll need to pretty much memorize the placement of valuable second-shaving shortcuts.

Really, Shattered Crystal is a structurally sound game. The mechanics and controls feel pleasant, and there is really nothing to scoff at gameplay-wise. The problem here is that the game is way too short. I'll do the math for you. Of the exploration-heavy levels, there are eight total. The worm levels have six in them, and there are three races total. Throw in the final boss confrontation, and you have 18 individual levels that can be fully completed with everything collected in 6-8 hours. Sure, there are time trials in levels, the goal of holding onto 100 rings by the conclusion of a level, and challenges to earn Sonic badges, but that is factored into the aforementioned 6-8 hours of play time. For a game begging you to buy it for a $40 MSRP, it's begging that can easily fall on deaf ears.

If you have two fully functioning eyeballs, you can at least take in the visuals of Shattered Crystal. While they aren't overly amazing in looks, the game is serviceable enough to not be offensive. Characters outside of story sequences are modeled well, levels are diverse in architecture and detailed in backgrounds, and the effect seen with the 3D slider up on the Nintendo 3DS is pleasing. On the music side, if you're a fan of highly forgettable tunes outside of the main theme, then boy, do I have a game soundtrack for you!

Sonic Boom: Shattered Crystal is a fun game for the extremely brief time it offers players. It's because of this short time it takes to 100% the game that it is impossible to recommend for full price. Shattered Crystal is very much a title you can wait to get until it hits the bargain bin, even with the obvious care the folks at Sanzaru put into the game, the well responding controls, and interesting level design.
Review Page Hits: 2 today (339 total)
mediahook