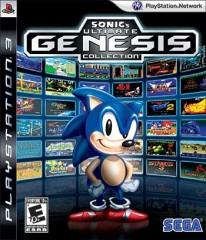 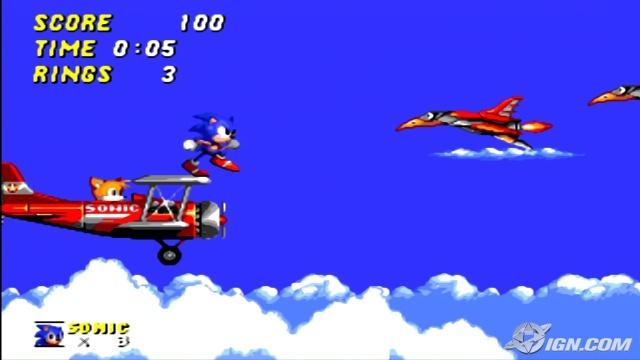 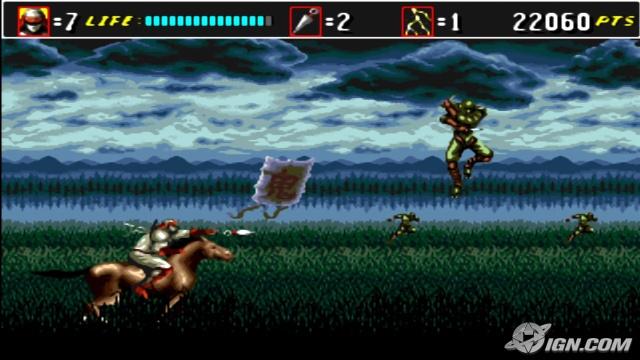 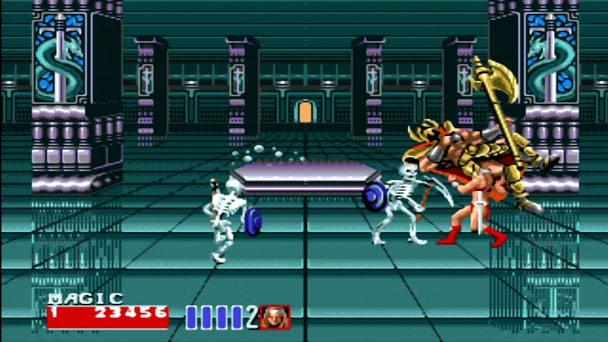 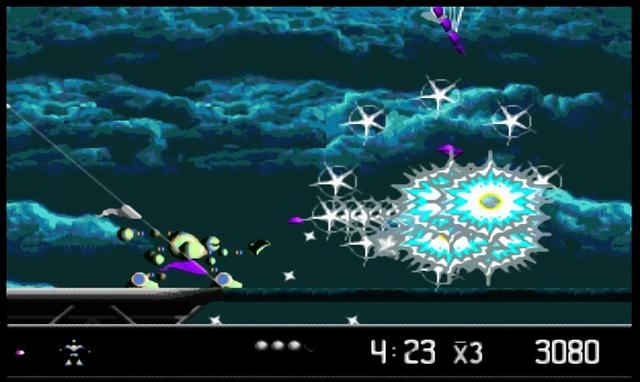 As you can see, there are many games. Now, I won't go through the gameplay for all, but I will give you a quick run down. In this collection there are some Action titles, Puzzles, RPGs, Shooters, Platformers, Beat em' ups and more. As you might know, these are games that are almost 20 years old. Most games can be played and enjoyed by gamers of all skill levels; there is something here for everyone.

Games like Streets of Rage 1,2,3 and Golden Axe 1,2,3 are classic beat em' ups, where you go level by level pounding on bad guys until you reach your goal. Columns and Dr. Robotnik's Mean Bean Machine are your puzzle games. Platformers like the Sonic games, Vectorman 1 & 2, Ristar, and Kid Chameleon are alot of fun. Plus many RPGs like the Shining series and the Phantasy Star series are here in this collection. Action games like Shinobi 3 and E-Swat are great also. Lots to enjoy with this collection.

Being that these games are nearly 20 years old, you can't complain about the graphics. They appear just like the 16 bit Genesis carts you may own. In this collection they added a feature to upgrade the graphics to a somewhat HD quality. When this is used it slightly enhances the graphics, but won't give you true HD. It just removes some of the fuzziness to give it a polished look. Overall, the graphics are decent and you should not complain.

Again, given the age of the games, the sound can't be complained about either. Some people mentioned hearing irritating things, like scratching noises and other various sounds. I did not notice this, maybe because I didn't try hard. I guess when you play old games you get used to hearing funny noises and sounds, so it passes unnoticed. Some of the games in this collection do have some nice music though. Overall, the sound is decent as well.

A lot of these games are simple. The game play is basic; no real deep storylines, complicated controls, or big difficulty. Most games are controlled by the D Pad or Analog stick, and pressing 1 or 2 buttons only. Right off the bat you should understand quickly how to control and play the game. Some games vary in difficulty, most being easy to average, with only 2 or so games being quite hard. What I am trying to say is, you don't need to be a hardcore gamer to enjoy Sonic's Ultimate Genesis Collection!

Excellent replay value in my opinion. Of course, there may be a few titles you don't like, and won't want to play them much, or at all (some repeat titles are to blame). But there is a substantial amount of games you will play, and will want to play again. In my opinion, you can pop this disc in any time and find a game to play and enjoy. I have beaten some of the games, but there are still quite a bit of games I'd like to play through in this collection. There are also some games that never get old, and you can play them over again. With nearly 50 games, this should be enough to satisfy you for many hours.

Sonic's Ultimate Genesis Collection is a worthy game. It brings alot of good games on one disc. The only problem is there are some repeat titles that were on previous collections. It kinda bums you out that they would not put other titles in place of some of the Sonic games and Ecco games. This game is also on the Xbox 360, and as far as I know they are identical. If you own the PS3 version you can earn trophies, or Achievements for the 360. You can also unlock video interviews in addition to unlocking games. Priced at $29.99 you can't go wrong.
Review Page Hits: 0 today (191 total)
mediahook