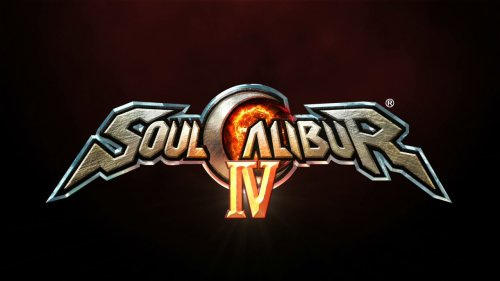 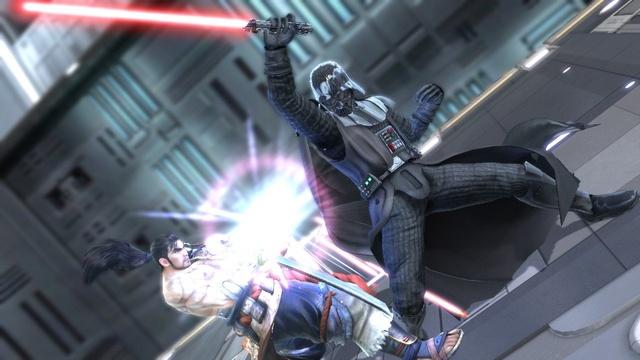 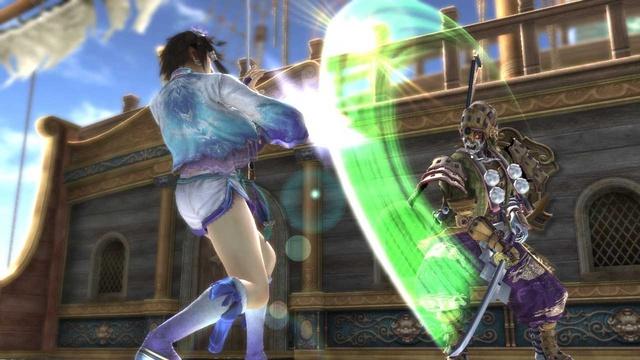 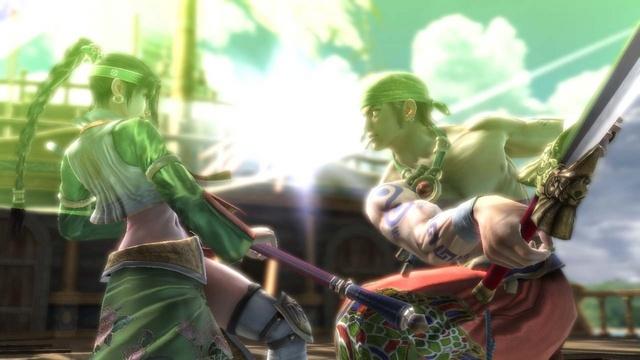 Soul Calibur is back -- this time after a three year layoff. Fans of the series have been eagerly awaiting this fifth title of the series, and forth under the Soul Calibur name. Gamers have also been eagerly anticipating this games release as characters from the Star Wars universe were set to join the Soul Calibur cast with Darth Vader appearing on the PS3 version and Yoda fighting on the Xbox 360. The Apprentice from the upcoming Star Wars: The Force Unleashed also was set to make his initial appearance on both consoles. The ultimate question though is if Soul Calibur IV delivered on the expectations and hype surrounding its release. The answer for most gamers will be a big resounding no.

The tried and true Soul Calibur format returns in this latest version. Players can fight an impressive amount of characters throughout the games various modes. Story mode is surprisingly sparse and each characters story mode consists of an opening text screen, only five total fights, and then an end cutscene. It's laughable to even label this as a story mode as it can take about only 20 minutes from beginning to end. Arcade mode isn't much better as you again guide a character -- this time though a series of eight total fights but minus the opening text and ending credits. The main goal of this mode is to simply reach the end and accumulate as many points as possible. The Tower of Lost Souls mode features two ways to play -- ascending has you fighting 1-3 fights consecutively against increasingly difficult groups of enemies. Descending mode is more of a traditional endurance setting where you continue to fight through enemies until you are defeated.

Multiplayer gets a breath of fresh air with the inclusion of online play. Players can face off against other live opponents over the PSN network and truly test their fighting skills. This adds greatly to the replay value of SCIV as you no longer have to have another player with you to experience the multiplayer aspects of the game although standard local versus modes do remain and are definitely a worthwhile experience as well. While I have heard numerous reports of lag affecting matches, I experienced no such instances and all of my online encounters are smooth and lag-free. Leaderboards also track your stats and give you a glimpse at how you stack up around other players from around the world.

Controlling and mastering the fighting of Soul Calibur IV is complex to say the least. Amateur players will be able to hack and slash from the start by simply button mashing until their heart is content. To truly become a gifted fighter takes much practice and utilization of the controllers shoulder buttons which combine several of the face button commands all in one button press. I found the gameplay to be largely inconsistent -- as some encounters were able to be breezed through by simply tapping buttons while others extremely ramped up the difficulty and required me to perform a virtual figure-four leglock on the controller to execute some of the games more advanced moves. The games difficulty would spike without warning and some points and then immediately drop back off. A prime example would be my numerous encounters with The Apprentice character in arcade mode. This character would appear as the seventh of eight encounters through arcade mode and always required several attempts to beat. I would then be expecting an even more challenging final boss encounter only to completely crush the ending fighter with little to no effort.

Graphically Soul Calibur IV is an upgrade over past titles in the series, but that is to be expected of next gen games. All of the fighters are meticulously detailed and animated and fight sequences are fluid and well choreographed. The stages are extensive, varied, and excellently done. Lighting effects are beautiful as well as other elements such as water and fire. SCIV is visually stunning at high resolutions and was mostly my favorite element of the game.

The sound in the game came nowhere close to matching the visual achievements. The standard Soul Calibur announcer returns with his over-the-top introductory commentary before each fight. An issue I had was that this commentary would often overlapped with the opening statements from my character which would turn both of these lines of dialogue into an unintelligibly jumble of words. The lack of Darth Vader's true voice was also disappointing. At times the stand-in voice actor does a well enough job of imitating James Earl Jones but at other times it is painfully obvious that a substitute was used. I don't see why J.E.J. could not lend his talents to the game when he is still actively working -- including his work as the voice of Vader in the last live action Star Wars movie as well as voice acting for Kingdom Hearts 2.

Overall, Soul Calibur IV is a game that most next gen system owners will want to play but its short comings make it a title that will run out of steam with all but the hardcore of fans. Long time Soul Calibur or fighting game fans will no doubt get their monies worth from this game as there are many unlockables, hidden challenges, and online play to keep them busy. However for more casual fans they should get quickly bored with what SCIV has to offer. The single player game modes get repetitive quickly and the less inclined fighter will more than likely find themselves being dominated by more skilled players at the multiplayer game modes.
Review Page Hits: 0 today (156 total)
mediahook