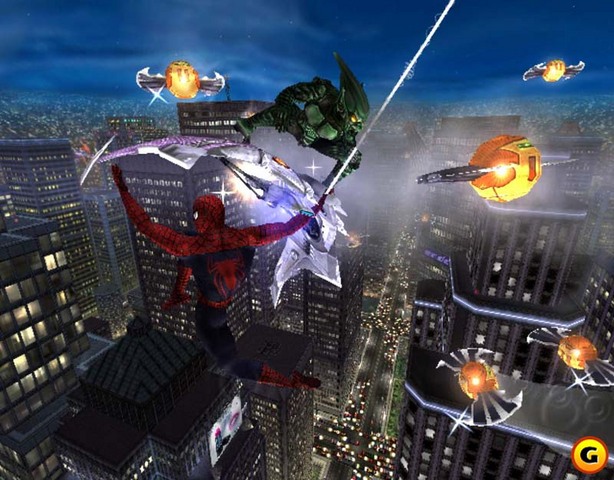 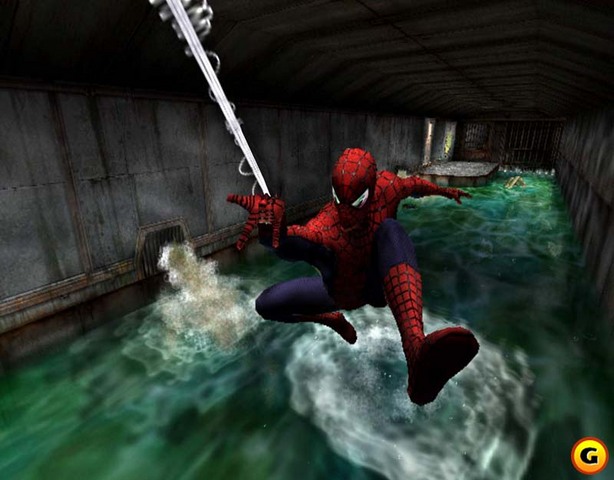 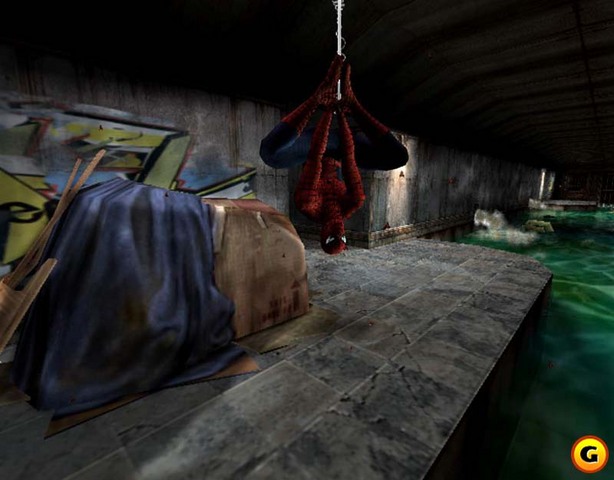 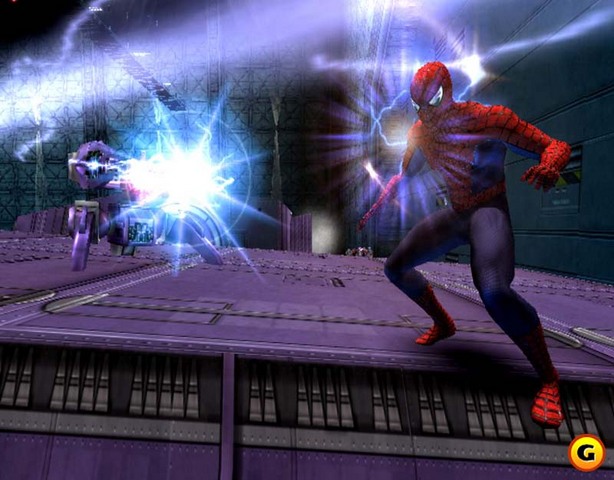 The month and year was April 2002, more than a decade ago now. The movie world was all abuzz with the upcoming release of the Spider-Man motion picture directed by Sam Raimi of Evil Dead and Darkman fame. The movie would tell the origins of Spider-Man and the Green Goblin as well as introduce notable characters like Mary Jane Watson, Harry Osborn, Uncle Ben, Aunt May, and J. Jonah Jameson, Peter's boss at the Daily Bugle newspaper. Spider-Man lit up the box office and was a smashing success worldwide. The game that accompanied the release of the movie came out a week or two before the film debuted, but like the movie, my memories of the game don't quite hold up as well as I once thought they would.

Spider-Man: The Movie loosely follows the plot of the big-budget Hollywood film. It takes some creative license, of course, to extend the length of the game to something acceptable by adding in alternate scenarios featuring fabled webhead villains such as Shocker, Vulture, and Scorpion. If you've watched the actual movie, you should be familiar with the story of the game it is based off of. It begins with Peter Parker in his amateur-made Spider-Man costume-- what, with its ski mask and long-sleeved shirt and all-- hunting down his Uncle Ben's murderer, and the game concludes with the final battle against the Green Goblin. In the middle of the game are the aforementioned creative license parts which pad out the game considerably.

For one, the camera is absolutely terrible in these claustrophobic sections. And moving the camera while walking? Forget about it. For some reason you continue walking in the direction you were moving in when you turn the camera instead of being able to move in a different direction like, say, Super Mario 64 or any capable 3D game, for that matter. It makes movement a tremendous hassle. It's a shame because the actual web-slinging is commendable. You can zip up walls quickly, dangle from ceilings onto foes, and cross large periods of air in a swift pace. You feel in control for the most part.

But then comes the unfortunately unresponsive combat controls. Punching, kicking, and shooting web all feel too loose for their own good. Combat feels extraordinarily clunky. Things get even more frustrating when the game throws gobs of goons at you. Cycling between enemies is way too slow, and you seldom get to target the foe you want to. This is impossibly difficult when you're facing ten thugs, two or three of which are using high-powered handguns to blast you with. It'd be fine if you could always rely on your web techniques like spraying webs on your hands to increase your pummeling power, or encasing yourself in a web dome to defend yourself, but you have a limit on how much web you can use before running out and needing to find a blue spider token to refill it. Combat is simply an inexcusable mess.

There are over twenty levels to complete in Spider-Man: The Movie. You'll be taken through the New York City skyline, through subway tunnels, and a burning clock tower along your way to stop part of the webhead's rogues gallery in the game. As you play through each level, you can nab gold spider tokens that unlock combos for Spidey to utilize in battle. Most of these tokens are hidden in or on out of the way areas. There are also plenty of secret areas to find. Discovering these areas give you an end of level point bonus. You can also get points by beating enemies as well as not taking any damage at all in a given level. What do these points do, you ask? Points accumulate over every level, and as you reach certain thresholds, you unlock new in-game content like new costumes, secret CG movies, and even a fun little distraction called Webhead Bowling.

I've said plenty of negative things about the Spider-Man: The Movie game. Regardless, something good I can say about it is that the presentation is rather solid. Publisher Activision and developer Treyarch spared no expense, even getting Tobey Maguire and Willem Dafoe, the actors who play Spider-Man/Peter Parker and Green Goblin/Norman Osborn respectively, to once again assume their roles in the game. Their voice acting, especially Willem Dafoe's, is of a high quality. They don't sound phoned in as you might expect that approach from a big Hollywood actor doing voice work on a video game. From voices to music of Spider-Man: The Movie, the soundtrack is comprised of several riveting symphonic melodies and heroic fanfares. Most of it is forgettable, but it perfectly suits the Spider-Man character. Meanwhile, the visuals of backgrounds, buildings, and indoor areas hold up somewhat well. What doesn't, however, are the character models outside of Spider-Man and a token amount of villains. Faces look extremely muddy and blurred, characters have gloves for hands, and animations are all over the place in quality.

Spider-Man: The Movie is a video game that suffers the fate of many licensed movie games before it; it just isn't that good. The combat controls leave loads to be desired, the camera in indoor areas is laughable, and the irritation will just leave many in a simply flustered state. Even the most diehard Spidey fan should make reservations before plopping down any cash to play this game. Better yet, if you want a full Spider-Man experience, play the superior Spider-Man 2 or the PS1, N64, and Dreamcast Spider-Man games. Both options are some of the best the comic book hero has been involved in. My verdict of Spider-Man: The Movie can be summed up with a quote by the lovely Mary Jane Watson, "Face it, tiger, you just missed the jackpot."
Review Page Hits: 3 today (202 total)
mediahook