Star Ocean: Till the End of Time (PlayStation 2)

After-school Special in Space without the B-List Actor Cameo. 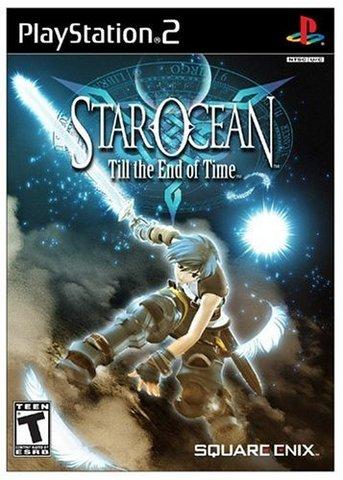 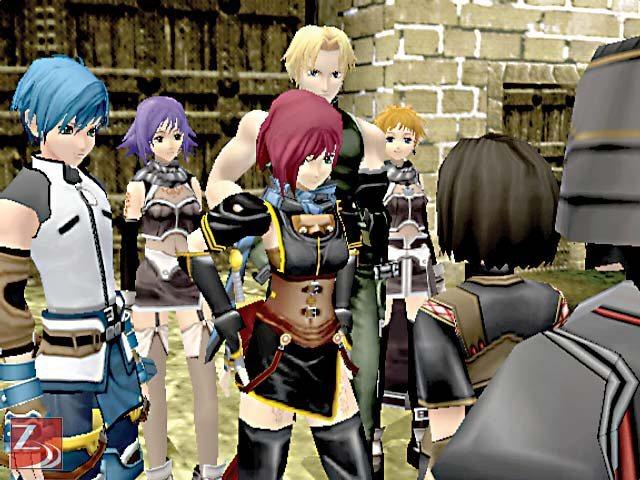 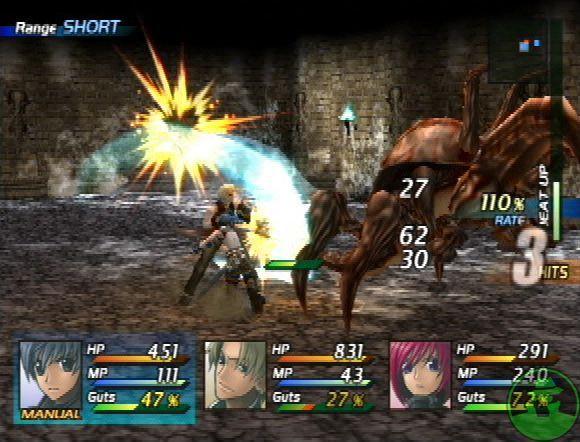 The more time I sit here, thinking about the hours upon hours, forty four hours or so, that I spent in the world of Star Ocean: Till the End of Time, the greater my feeling of disappointment grows. I read the reviews when it came out -- the scores were above average. The game was met with mild issues, but all and all, a round of sevens still seemed in order. Great graphics, great story, great production values; irritating battle system, but still a second-tier Japanese RPG worth your time and money. A friend of mine even hyped the game up to me, and her opinion on RPGs has always been one I could trust.

What I found upon my time playing the game was not close to the experience I was anticipating. For someone who considers themself pretty forgiving to a game's faults, my utter inability to get past my complaints surprised even me. Not unlike a mosquito bite left untreated, the itch just kept coming back.

The graphics are gorgeous, recreating sprawling cities, outstretched wilderness, and tightly packed neighborhoods. You really get a sense of environment, much like a fantasy version of the Grand Theft Auto series. Even a year after the game's release, this game still shows off what the PS2 is capable of creating graphically with the right staff and right budget.

Musically, the score follows the same tread of "right staff, right budget" until it flips to a rock track. Then it becomes a negative example of Japanese video game music. One moment you will be enjoying a beautiful orchestrated number, letting the landscape draw you in. Next thing you'll be searching for the mute button to stop the retched excuse for rock music from reaching your ear drums.

Fighting has more than its share of problems, mostly stemming from nearly worthless A.I. controlled companions. No matter what fighting style I set my characters on (all-out, reserved, etc), other than beat the crap out of everything and waste all your HP, MP and Fury, more often than not they would be avoiding combat and/or sitting on the sidelines. God only knows what they were really doing while I got my ass handed to me. Catching up on the latest Harry Potter book or balancing the check book perhaps? Along with the seemingly broken fighting settings, there is also no "you sit there and heal" option either. You have to either rely on the A.I. to heal when necessary, which is not the best idea, or do everything yourself -- which for a game that supposedly gives you the tools to not have to do that, is absolute crap.

Controller-smashing annoyances aside, I still enjoyed the almost real-time but not-quite battle system. Customizing move sets to create the best fit and then unleashing them in generally rather large battle "arenas" greatly helps to alleviate the boredom that usually sets in during the later half of an RPG when you space out on all battles outside of the ones that move the story along. That is until you get to a boss battle where it is of the utmost important that your party members execute a certain game plan...and they just smoke quietly in the corner or overexert themselves into an early grave.

"Horribly unpolished battle system, blah, blah, blah. RPGs are about the story! Crappy battle systems are a staple, it's all about the story! S-T-O-R-Y!" This was to be the saving grace of the game. Outside of IGN.com's review (which bashed the story, but hardly let it effect the final score, oddly enough), what I read and was told regarding the story ranged from nice to outward love. What I found from outside sources is that even the minimal translation given to the script and low budget voice acting could not address issues the original game itself had no interest in tying off -- but it could have eased the pain a bit.

In the shoes of yet another feminine-looking boy, we are greeted to a vacation ruined by galactic warfare, the kidnapping of his parents and are eventually left stranded on a far-less advanced planet -- "medieval" would be an easy term here. Here, our cute little hero worries about not interacting with the world to the point that they realize he is from another planet, or maybe more accurately to their perspective, "the future," while trying to find a way off. Before he can accomplish that, he is discovered by a blonde brute from his "time" who takes our hero with him on a search for his parents because the group he works for wants his parents too. Intriguing and far from your normal RPG fare.

Possession is said to be nine tenths of the law -- the same concept can be applied to execution for video games. What begins as an intriguing story is utterly ruined by amateur voice actors and a minimalist's script. Save characters Nel, Peppita, Albel and Adray whose voices will be instantly recognizable to anime fans. But the problem with these characters is that, other than Nel, optional characters that may or may not be obtained; or in the case of Adray, hold absolutely no point whatsoever to the story and never even come out during cut scenes with the rest of the party. When the dialogue one would consider chit-chat is being exchanged, the voice acting is fine. When emotional portrayal is needed though, the actors sound unprepared, rushed, confused as to the context of the situation and/or talent-less. This has amateur gig written all over it, which means all those involved are to blame for this hack job.

A solid script could have saved the voice acting, allowing me to give the story more leeway for its shortcomings. Alas, this is not the case. I felt as if I was reading a play for fifth graders. The lines are as minimal as you could come up with 95% of the time. Cliché is not an accurate term, but something closer to a real life conversation with an acquaintance. That short, to the point dialogue one uses with people they do not really know. And when you have every character in the game pulling from the same line reservoir, dilution happens swiftly. No character, other than maybe Nel, Albel, and at times Cliff, really set themselves apart in their words, even with mixed results. The characters never came alive for me because they all said the same things, all felt the same emotions. There was never an unexpected action or out of character response or even any substantial emotional changes within any of the characters. It was as if I was playing a forty hour after school special in space.

Oh, and I could get started on the points where characters' would say things completely out of context of the situation, especially during emotional peaks when strong dialogue is needed the most...but I am really trying to keep my hate down at the moment. Just take my word, they are there and they will leave you wondering whether to laugh at their absurdity or to feel sorry for their patheticness.

There is one small bit of kudos I have to give to the story though: non-linear expansion. Don't misinterpret that as a non-linear game, because it is not. What I mean is that there is a lot of meat to the story and ihas characters that are completely optional. Searching out these events can add nothing more than a new piece of info about a character or a storyline additive; others can lead to new characters and items. The sheer amount of these extras is huge, and for the completist, it adds a huge replay value. The item creation mini-game partially imbedded in that unfortunately falls in line with the rest of the game - unrealized potential.

When I first penned a quick review after finishing the game, I used an age old cliché which I feel still sums up this game pretty accurately. This is the RPG equivalent of a stereotypical super model: all looks, no brain, confused heart. Two months later, I feel even worse about this game. Any redeeming quality this game has cannot escape the shod of a whole they reside in. I may only be 23, but this game felt like the RPG equivalent of a live action, made for TV Disney movie.

Leave this one to the RPG virgins and middle-school children.
Review Page Hits: 2 today (153 total)
mediahook