Let me "level" with you-- this creator is great. 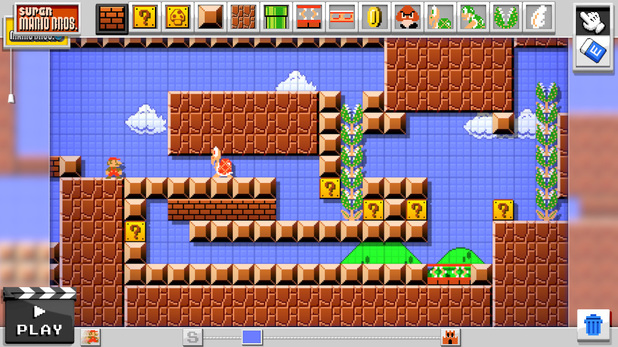 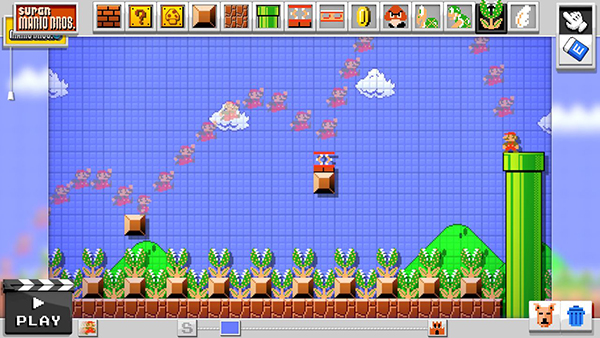 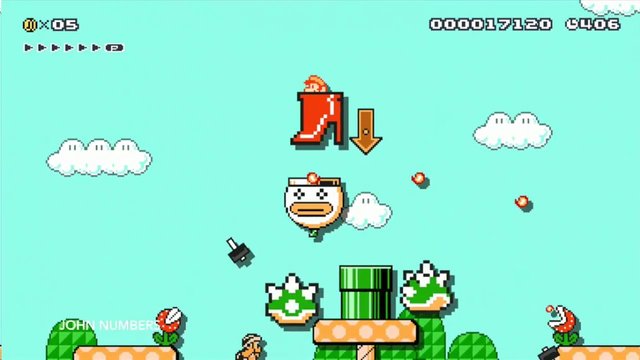 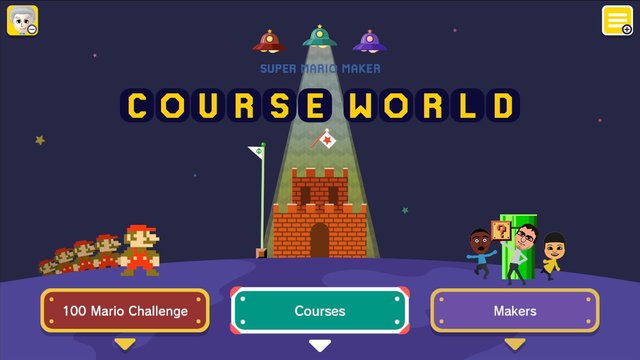 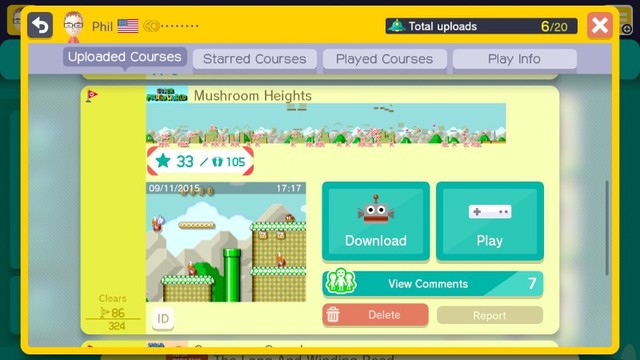 Allow me to tell you a little bit about my background and myself. When I'm not talking or writing about video games, I really enjoy making video games. It's what I plan on doing for a career once I graduate college come this spring, and all factors of game design really appeal to me. By far the most interesting part of game design to me is the creation and designing of levels. If a game has a level editor or designer, you can probably bet that I'll be interacting with it in some regard. That's probably why I enjoy the LittleBigPlanet series on PlayStation so very much.

Mario level editors are nothing new. They've been on the Internet for over a decade now, and they offer tools to allow creators to design their own crafty concoctions. However, there hasn't been an official Nintendo-developed Mario level creator available... until now. Offering an intuitive interface, a massive amount of customization options, and the ability to share levels to great effect, Super Mario Maker on Wii U is now the ultimate toolkit when making Mario levels.

Super Mario Maker starts you off with a modest selection of tools, really only good for designing the most basic of courses with the simplest of backgrounds. However, as you create, you get deliveries of new tools via a delivery truck after every five minutes of steady creation. Otherwise you have to wait a day to receive your new stock of goodies, but this can be cheesed a bit through altering the internal clock of your Wii U through the System Settings menu.

A huge problem I had with one of my favorite PlayStation 3 franchises, LittleBigPlanet, was that while you could make much more complicated levels and creations than Super Mario Maker does now, it was much more difficult and time-consuming to do so. If you wanted to created highly complex levels or creations, you might even need to know some programming. Super Mario Maker's editor is on the opposite side of the complication spectrum, offering a tool set and interface that is highly intuitive. It's as simple a tapping the top bar to choose between sets of items, tapping on the item you want to add to your level, and then tapping a space on the level creation grid where you want to place it. Adding Mushrooms and coins to item blocks is as simple as creating an item block and then dragging your desired item or coin into it.

That's not all the intuitive interface gives you either. You can grab certain enemies and objects and shake them with the stylus to change their form. Regular Piranha Plants turn into their fireball-spewing variety with a shake of the stylus, while red mushroom platforms quickly alter their color to yellow. You'll smile with delight at the surprise of what tools from Super Mario Maker's tool set can be altered by shaking them.

The space you have to create levels is pretty large. This is doubled when you receive the ability to enter pipes, creating a second room of equal length to tinker around with. You can move the goal of a level to the far end of the level editor's room, or you can keep it closer for a shorter romp of a level. Each game's tile set offers a different goal, such as Super Mario Bros. and New Super Mario Bros. U's flagpole and castle, Super Mario Bros. 3's alternating item box goal, and Super Mario World's rising and lowering ticker tape finish.

Once you have (hopefully) played your level enough to test it out, working out whether it's fun to play or not and challenging enough, you can start the process of uploading it. However, before the level is queued up on Nintendo's servers, you have to complete the level yourself. This means no impossible-to-beat levels, which would have been a bane in the online community. You start out with the ability to upload ten levels total, but as you gain enough stars from people who like your level, your maximum amount of levels able to be uploaded increases.

It is very easy to design an excellent level, and if you have a plan in mind or some great improvisational skills, you can quickly create a great level in about a half-hour to an hour. Still, with how easy it is to make levels, you can probably guess that there are a lot of levels by creators that are sub-par, heck, even just not really good at all. This is noticeable when playing Super Mario Maker's 100 Mario Challenge where you play a random selection of online courses submitted by players with a collection of 100 Marios to use. Many levels feature incomplete ideas, poor design, squandered potential, troll moments (e.g. invisible blocks over where you begin a jump over a pit, making you fall into said pit), and other unsavory aspects to good level design.

Searching for levels in Super Mario Maker could be a lot easier. Currently, there is a list of featured levels and up-and-coming levels to look through. A questionable oversight is the complete lack of being able to search for levels by name or being able to search by creator. Instead, you have to input sixteen digit codes to get the exact level you want. If you like a creator's level, you can follow them to see every current and future level they make. These are issues that Nintendo will probably make note of and improve upon through future updates. At least that's what I assume based on its history of online titles.

Super Mario Maker allows for the use of amiibo to unlock special character costumes for use in the Super Mario Bros. tile set. All of these can be unlocked through playing and beating the 100 Mario Challenge dozens of times, but using an amiibo while in the creator unlocks it on the spot. Additionally, there are costumes not attached to amiibo such as a Goomba costume, an Item Block costume, and even a Wii Balance Board costume.

Alongside the ability to freely create your own Mario levels, there is a sample of around sixty courses made by Nintendo developers. These can be played and unlocked in the 10 Mario Challenge, offering brief glimpses of level concepts and ideas that you can use in your own levels. You can even edit these levels yourself, adding in your own design elements, flavor, and personal touches.

Super Mario Maker is the complete package, and I can't think of a better way to commemorate the Super Mario Bros. series' 30th anniversary. Offering a robust level creator that utilizes a pain-free and intuitive interface, Super Mario Maker is the real deal. It is without a doubt one of the easiest level creators on the market, and allowing players to create their dream Mario courses is just the icing on this delicious 30th anniversary cake. Some oversights in the ability to find good levels easily holds the game back some, but Super Mario Maker not only makes levels, it makes the grade, too.
Review Page Hits: 0 today (626 total)
mediahook